Giuseppe Guarneri, the son of Andrea, lived a long and productive life, somewhat under the shadow of his predecessors and contemporaries, Nicolo Amati and Antonio Stradivari, throughout a relatively turbulent time in Cremonese luthierie.

Giuseppe was born in 1666, just as Stradivari was beginning his career. His older brother Pietro Guarneri (I) left for Mantua in about 1677, leaving the young Giuseppe as the sole support for his father Andrea in the family workshop in the Piazza San Domenico, to which he succeeded on Andrea’s death in 1698.

In Cremona, the Amati shop was also still busy. Nicolo worked with his son Girolamo II until his death in 1684, but the energy seems to have begun to shift away from this seat of violin making in the city while the young Giuseppe filius Andreæ was learning his trade.  Stradivari was starting to exert his dominance, and the young Girolamo Amati left to spend several years in Piacenza after 1697. In the same period, Stradivari effectively redesigned the violin, leaving his previous Amati-based forms in favour of his own ‘Long Pattern’, and developing similarly new and elegant forms for the viola and cello. By 1700 a new deep red varnish was also appearing, on instruments made with radically flat archings. 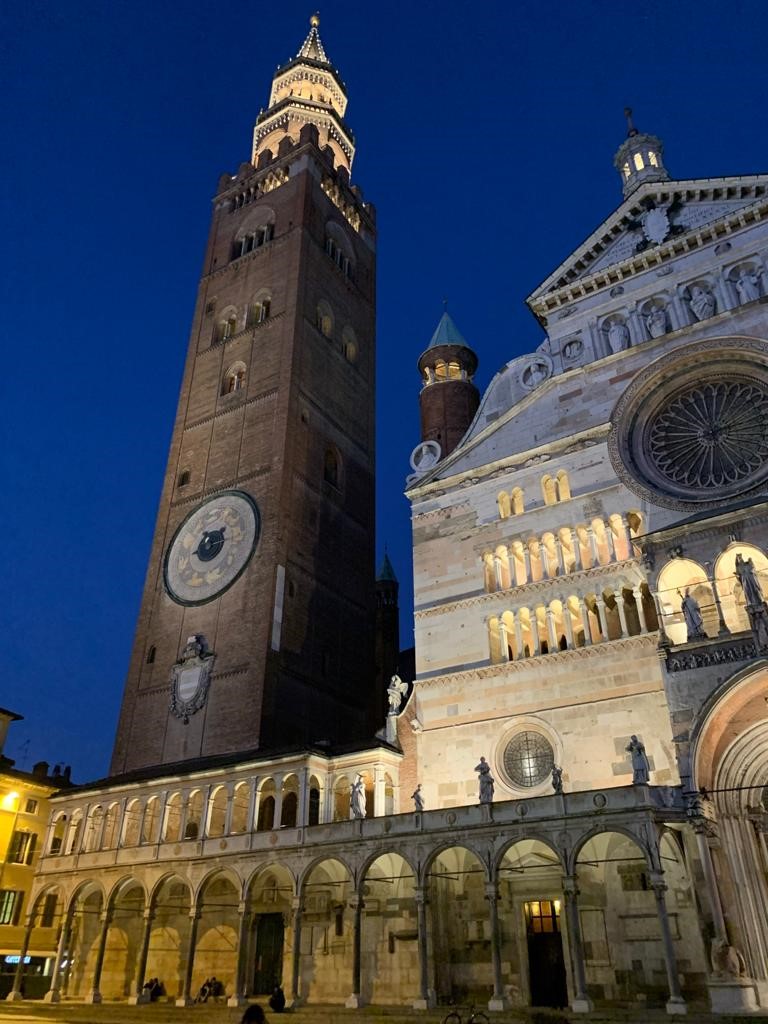 The Duomo in Cremona 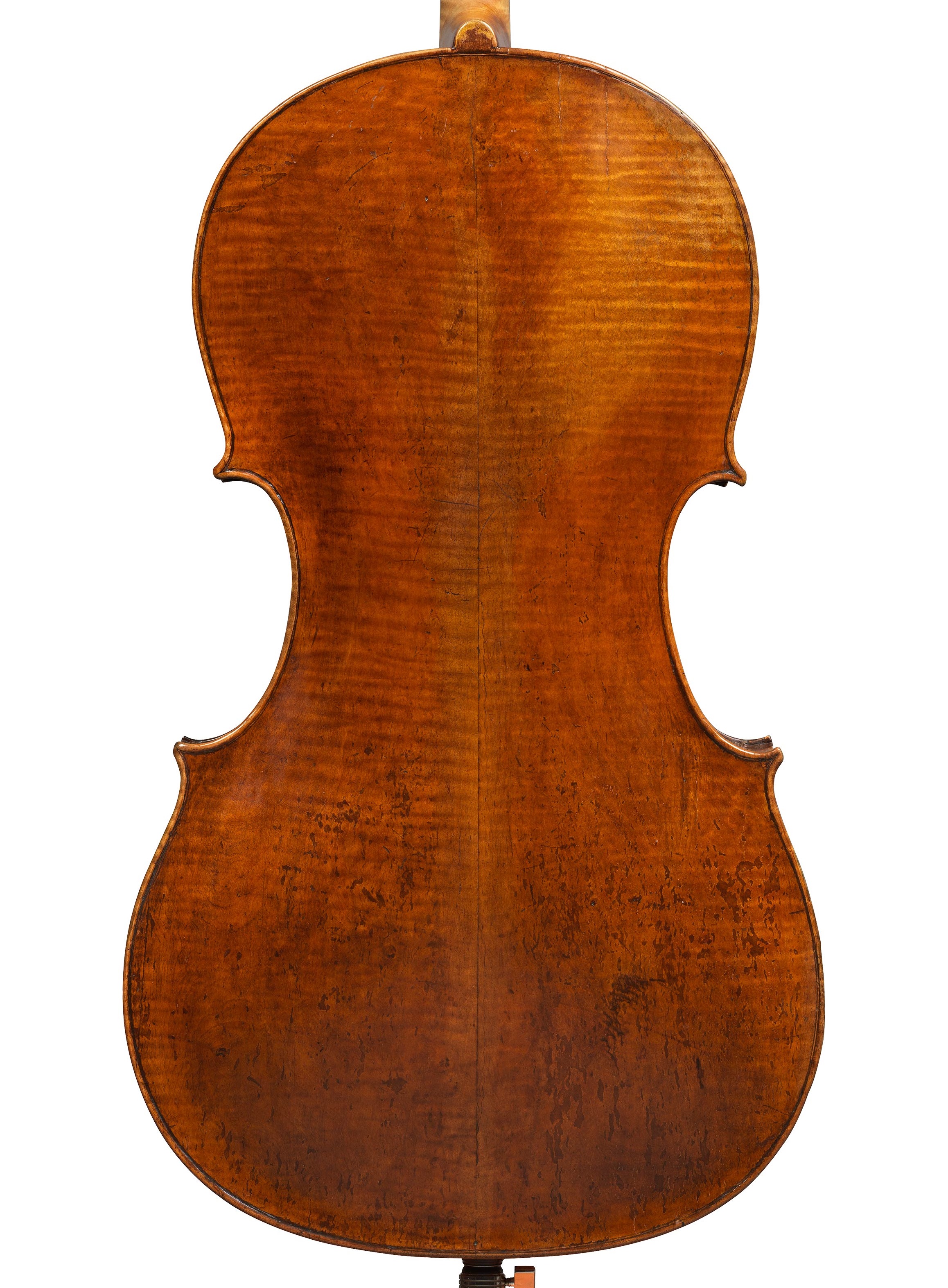 Back of the cello by Giuseppe 'filius Andreæ', 1713

Giuseppe was clearly young and flexible enough in outlook to see these developments and adapt them in his own way. This is seen particularly in his remarkable cellos, made between 1689 and the very last collaboration with his son Giuseppe del Gesù in 1729.

The predominant form for the cello before 1700 was the grand bass, with body length of 76cm or so. Giuseppe’s early cellos are magnificent examples of this form, broad and full arched. The first cello of Stradivari’s new ‘B’ form, made with the shorter back length which has now become standard, was the 1707 Countess of Stanlein. Giuseppe may have been making smaller cellos before this, from around the turn of the century. Compared with Stradivari’s ‘B’ form, the basis for masterpieces such as the 1714 Batta, 1712 Davidoff, and the Bass of Spain, made in the same year as this Guarneri, 1713, Guarneri’s own model was in fact a good 10mm shorter, with a back length of around 74.5mm; in fact very close to the much later ‘B Piccolo’ Stradivari cellos of the 1730s.

The model is beautifully proportioned, with generous widths across the bouts, and a distinctive flattened shape across the lower bouts contrasting slightly with the full curve across the upper bouts. It is a more fulsome model than the more slender Stradivari, but the corners are small and slender, almost violin-like. Guarneri’s archings are slightly higher and characteristically slightly pinched, and the wood is of modest appearance, the back made from two pieces of slab-sawn maple with a light figure. The small central pin in the back, characteristic of instruments made by the Amati and Guarneri families, is just about visible on the outside, on the centre joint in the middle bouts.

Label inside the cello by Guarneri 'filius Andreæ', 1713

The front is of matched pieces of spruce, pierced by gracefully slender soundholes, also very typical of Guarneri’s style, set quite upright, and with a deep flute extending upwards from the lower wing.  Although the head of this cello is a later replacement, the instrument is otherwise a very fine and unaltered example of this great cello maker’s work.

Giuseppe filius Andreæ Guarneri suffered several blows in the following years. In 1717 his elder son Pietro went to Venice, where he remained for the rest of his life. In 1720 his brother Pietro died in Mantua, and in 1722, his younger son Bartholomeo Giuseppe (later known as ‘del Gesu’) also left the family home to establish his own workshop. In 1730 his health failed, and he seems to not to have completed another instrument himself, although he continued to supply the heads for Giuseppe until his death ten years later in 1740. He had lived long enough to see the passing of Stradivari in 1737, but his son Giuseppe did not survive him long, and nor did the great era of Classical violin making in Cremona. 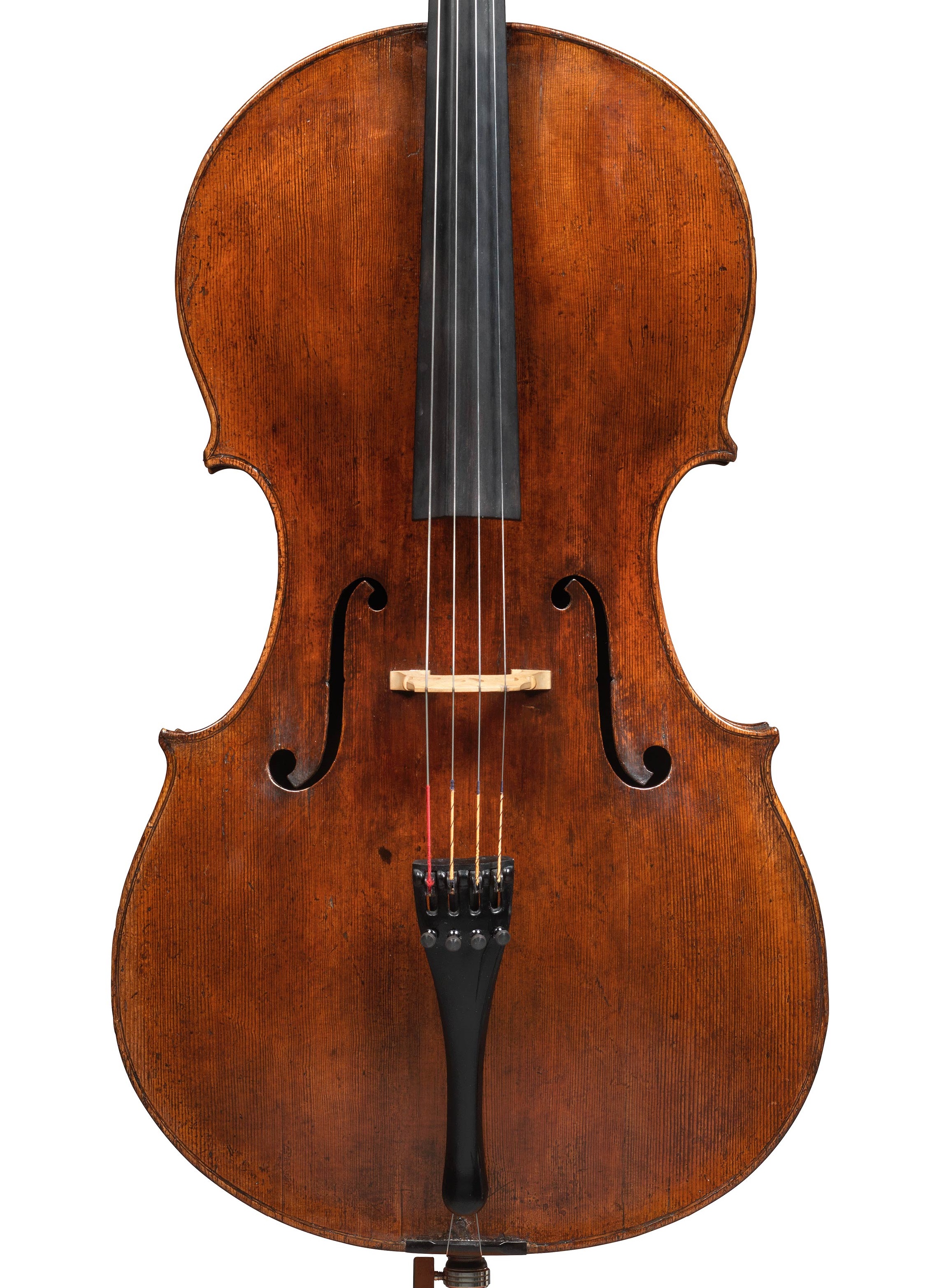 Front of the cello by Giuseppe 'filius Andreæ', 1713