William Corbett came to prominence as a violinist and composer at the end of the 1690s, predominantly working at the theatre in Lincoln’s Inn Fields. His works were popular amongst Italian violinists of his day, and he became leader of the orchestra of the Queen’s Theatre, Haymarket, in 1705. In 1709 he was appointed as Royal Musician by Queen Anne.

Corbett probably left for Italy in 1709, where he continued to play and compose. In addition, he started to collect Italian instruments and also seems to have been involved in espionage. On his return to England in 1723-4 he announced the sale of his collection, which included ‘A series of the finest Instruments made by the famous Amatus’s and old Stradivarius of Cremona, by Gio. P. Maggini, Gasparo da Salo of Brescia; the noted Albani and Stainer of Tyrol’.

Corbett’s will of 1747 included a list of his violin collection, which featured no less than eight Amatis, amongst them the 1564 ‘Charles IX’ Andrea Amati violin in the Ashmolean Museum, and the 1574 Andrea in the National Music Museum, South Dakota. Both instruments have the same ‘W.C.’ brand on the ribs near the endpin, and a further ‘44’ mark (the significance of which is unclear), both of which can be seen on the bottom rib of the Girolamo Amati violin. The description of a Girolamo Amati violin labelled 1710 in Corbett’s will suggests that it was the same instrument which is offered here. In all probability it was bought by Corbett from the maker himself, while he was in Italy.

In Alfred Hill’s letter of October 1938 he mentions that he first came across the instrument in 1880, at which time it was in the possession of ‘an old English family’. Hills purchased the violin and sold it to Richard Bennett, regarded by many as the leading violin collector of all time. Bennett owned many of the greatest Stradivaris in existence, including the ‘Messiah’, the ‘Lady Blunt’ and three Stradivari violas, as well as the ‘Lord Wilton’, ‘Diable’ and ‘Leduc’ Guarneri del Gesùs. After the dispersal of Bennett’s collection, the Amati returned to the Hills and was sold via Wurlitzer in New York to Simon Berg for his daughter Myrtle Jean, who had just been admitted to the Juilliard School. The violin has remained in her family for the last 80 years. 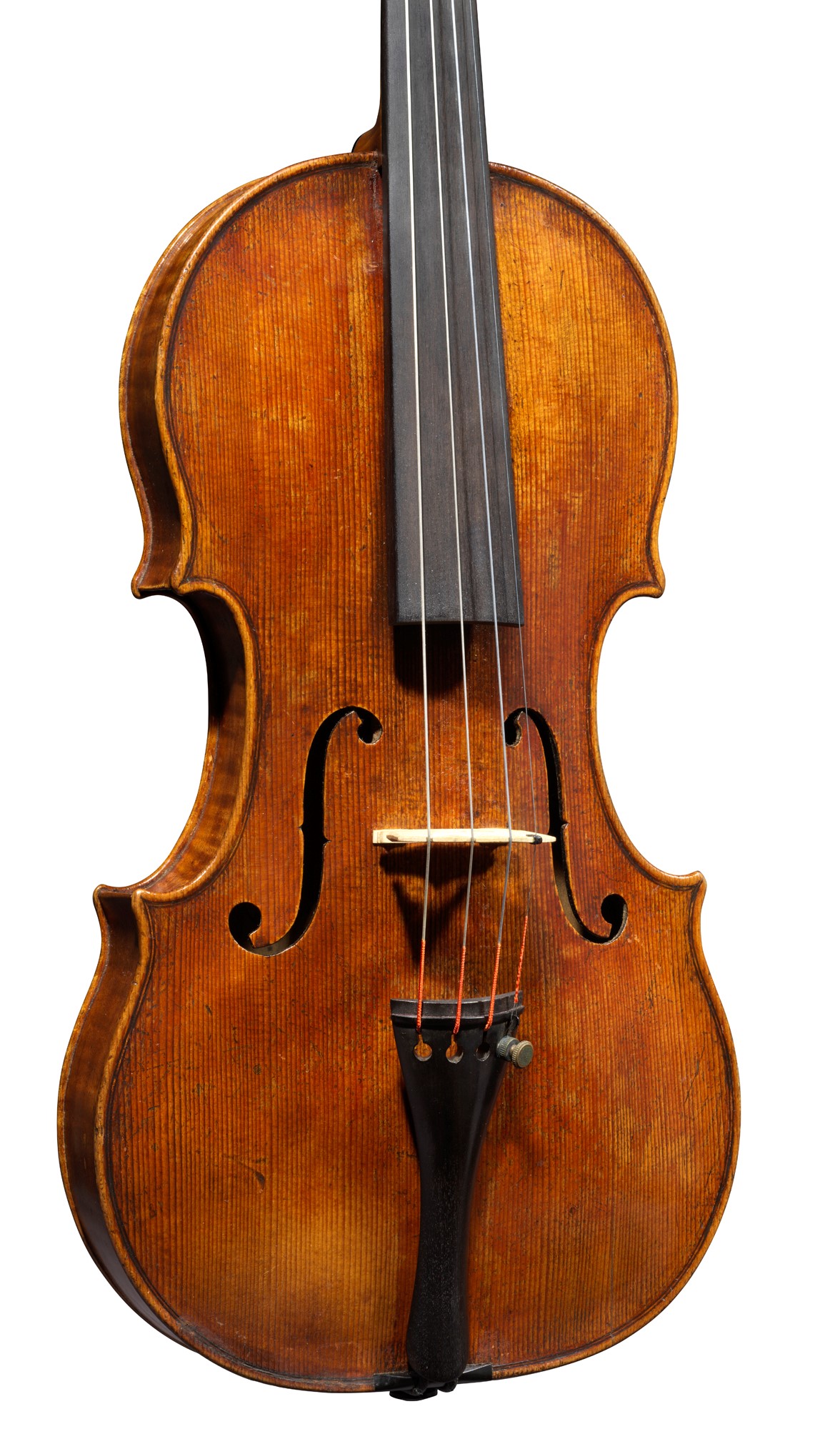 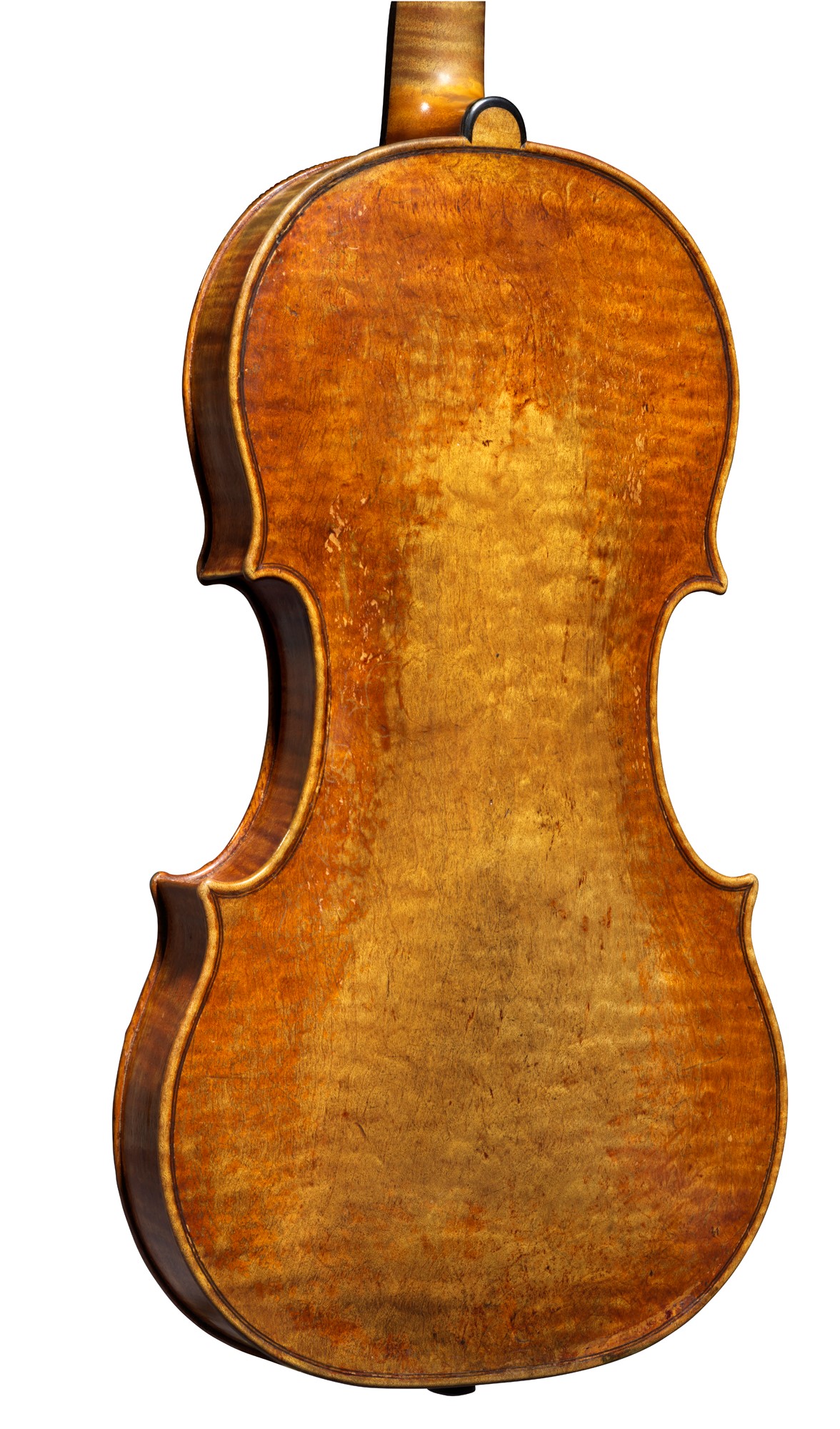 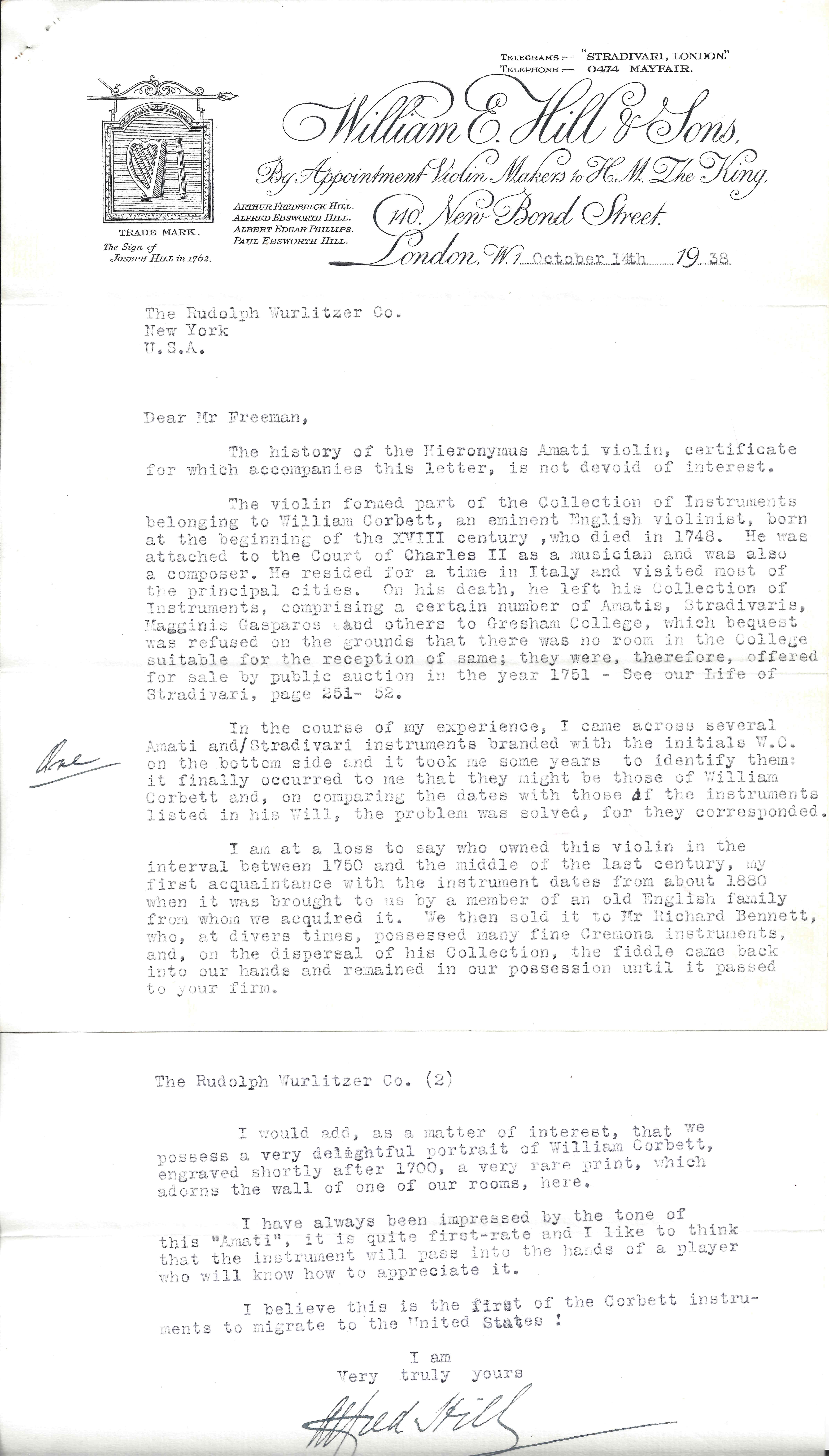 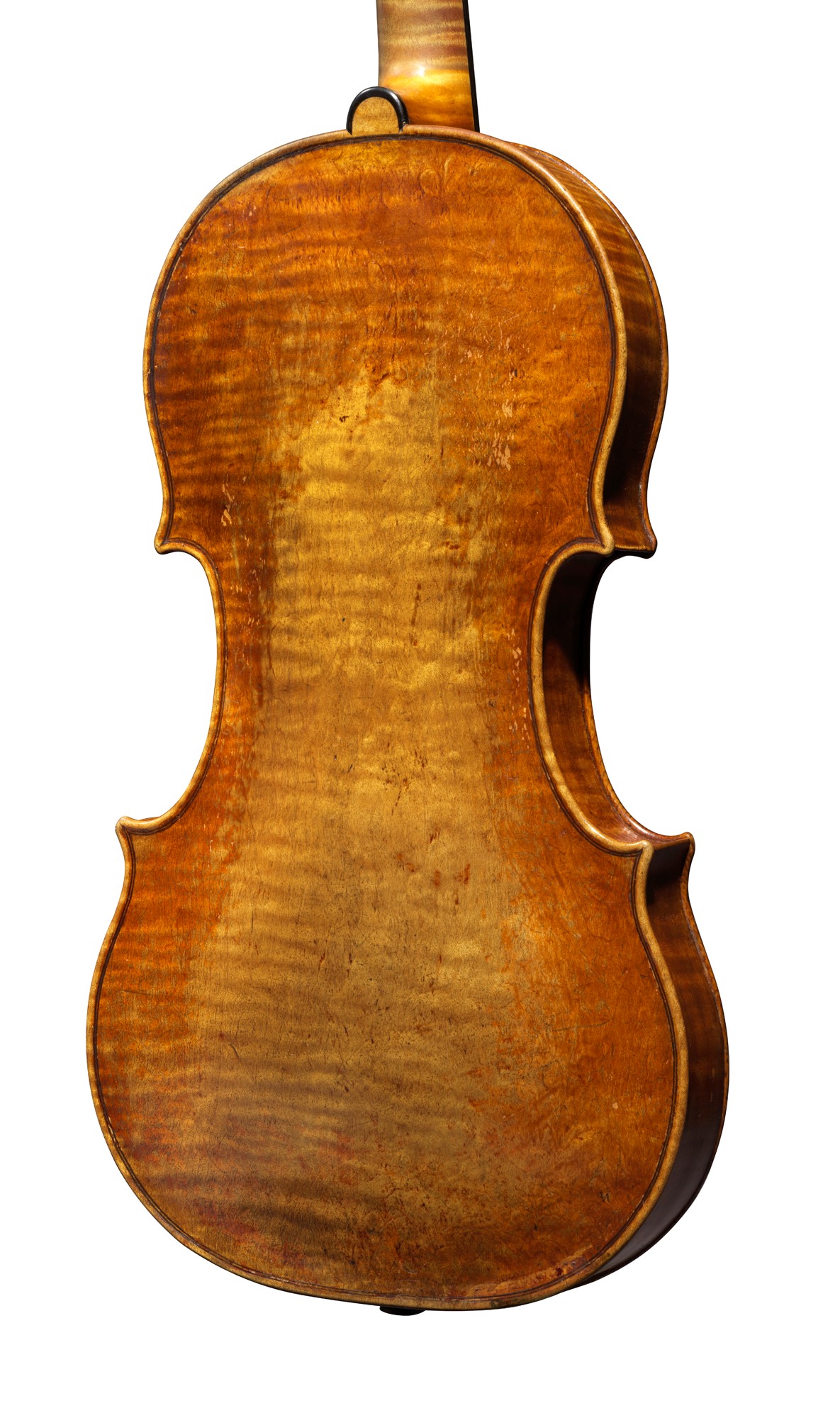 The Ex-Corbett; ex-Bennett violin by Girolamo Amati II, Cremona, circa 1700

William Corbett came to prominence as a violinist and composer at the end of the 1690s, predominantly working at the theatre in Lincoln’s Inn Fields, where he composed incidental music in 1700 for Betterton’s “Love Betrayed” and various other... Read more