Stradivari was the second great genius of Cremona, an exceptional circumstance that secured the town’s reputation for good. It often takes only one individual of unique ability to originate and sustain a particular school of work. For another to appear with a complementary and equal talent is rare, but can raise the bar beyond the reach of any rival. Few other schools of violin making can boast even one exceptional genius. Jacob Stainer of the Tyrolean town of Absam is one example, and, possibly Domenico Montagnana of Venice, whose cellos are unrivalled, is another. Cremona alone provided the world with two: Andrea Amati and Antonio Stradivari.

Even more surprising and serendipitous is the fact that Stradivari seemed to have relatively little, if any, direct contact with Nicolò Amati. His origins are still mysterious, but by 1666 he was making violins in Cremona with a distinctive and quite individual style. Certain technical aspects of his work clearly differentiate even his earliest designs from those of Amati, and in fact show small but signiﬁcant connections with the instruments of Rugeri. For example, in violins made by the Amati family and their pupils, a small tapering hole, sometimes plugged with a wooden pin, invariably marks out the centre of the interior of the back plate. The hole’s function is uncertain, but it evidently was an integral part of the construction technique. This feature is absent from the violins of Rugeri and Stradivari. 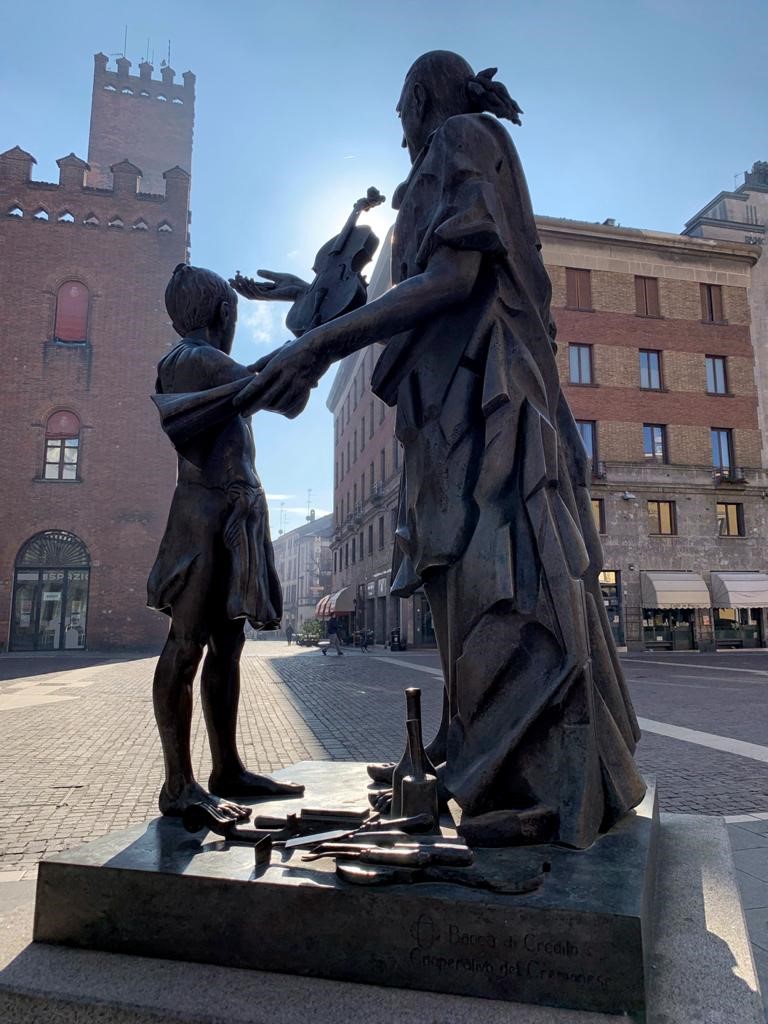 Statue of Antonio Stradivari in Cremona 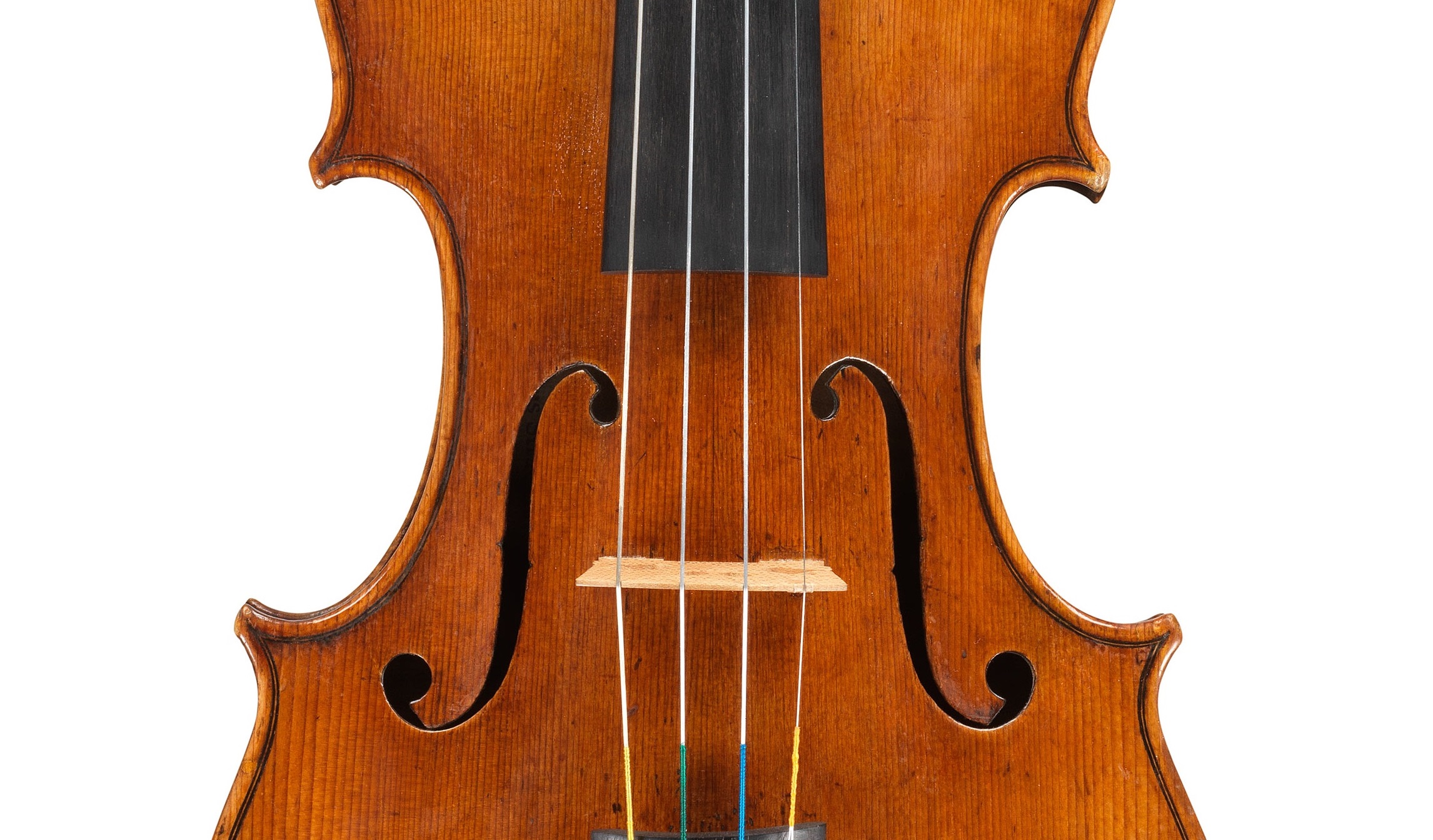 The 'ex-Sachs', an early Stradivari violin made circa 1667 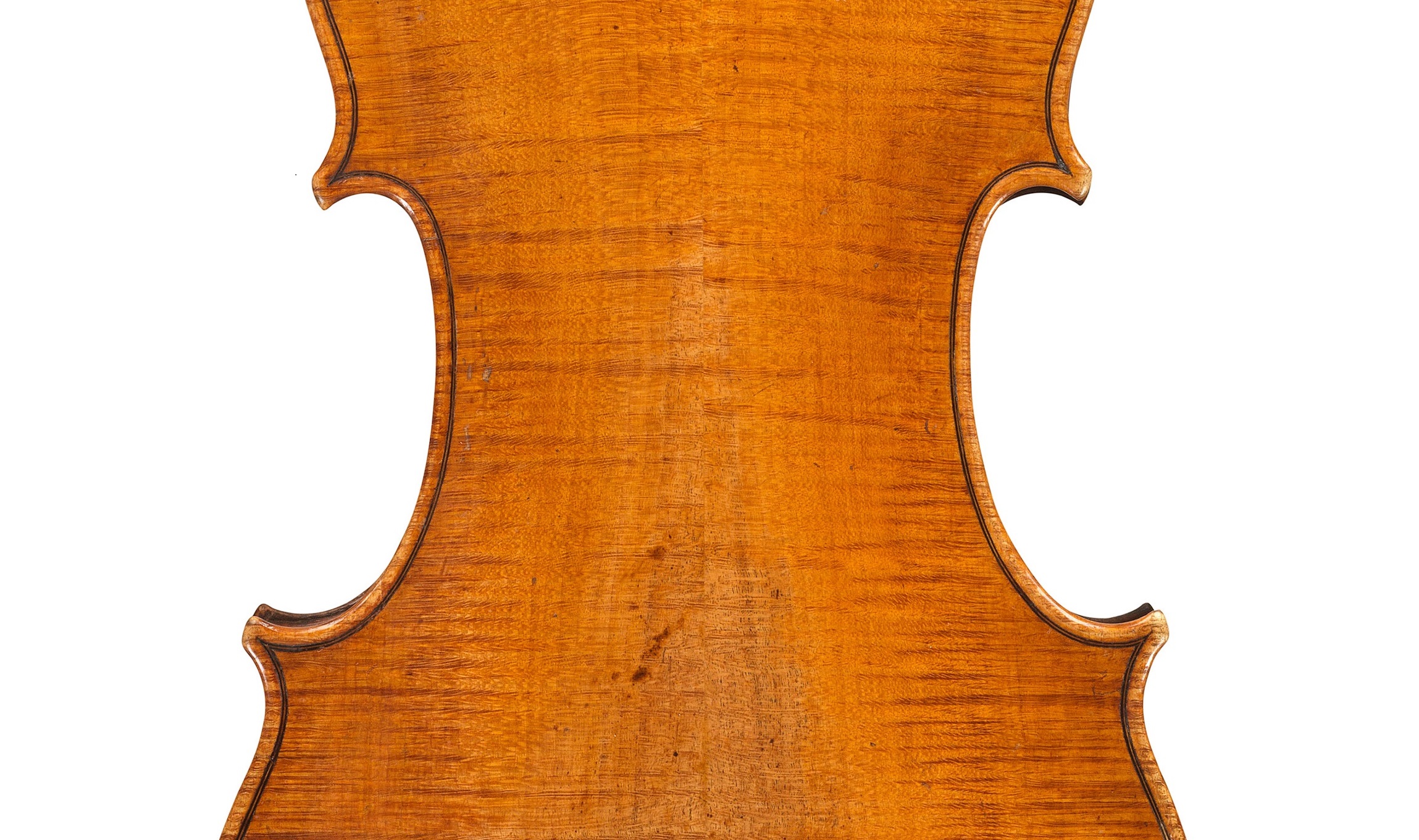 Stradivari slowly but spectacularly took the violin to new heights 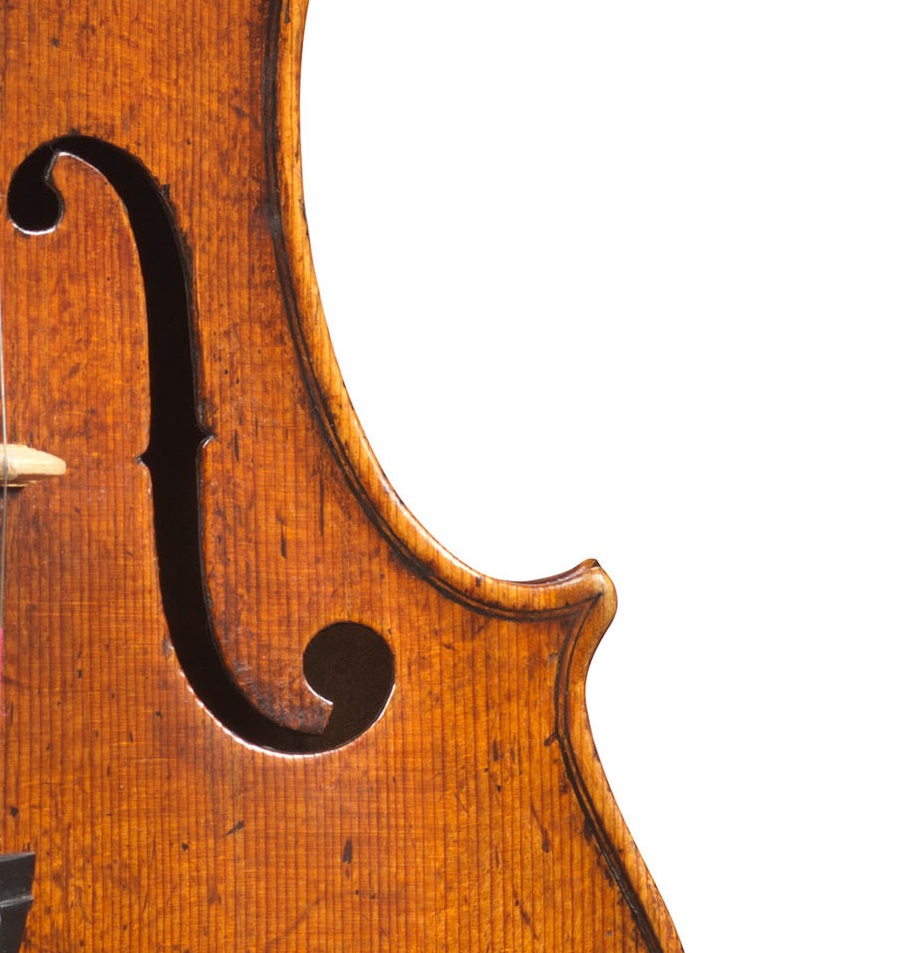 Stradivari’s long-supposed apprenticeship with the Amatis is based only on superﬁcial observation of his works high level of craftsmanship, and on a single surviving Stradivari label — that of his earliest-known violin of 1666 — naming Nicolò Amati as his teacher. However, the differences in style and technique between Stradivari and Amati are evident from the beginning, and one suspects that this label was no more than a piece of opportunism that was widely practiced at the time by Rugeri and others.

Whatever his inﬂuences, Stradivari slowly but spectacularly took the violin to new heights, experimenting restlessly with form, dimensions, appearance and tone throughout the last half of the 17th century. For the previous century, Cremonese violins had been marked by their consistency and conservatism. Reﬁnements to Andrea’s original patterns came slowly, in fractional increments that make it relatively hard to distinguish an Andrea Amati of 1574 from a Nicolò Amati of 1674. The Brothers Amati and then Nicolò did manipulate the arching and form subtly but signiﬁcantly to reﬁne the sound, but at the same time they diminished its power.

Stradivari courted aristocratic patrons relentlessly, and found them with his intricately decorated and inlaid instruments

Stradivari made dramatic, even revolutionary changes. He courted aristocratic patrons relentlessly, and found them with his intricately decorated and inlaid instruments such as the Greffuhle, Hellier and Rode violins. The single precedent for these richly ornamented instruments is a Nicolò Amati violin of 1656, the Youssoupoff, which bears a decorative motif strikingly similar to the Stradivaris. This has prompted speculation that Stradivari himself may have initially been trained as an ‘ebeniste’ or inlayer, and that his initial contact with the Amatis and violin making was in the decorative work in the 1656 violin, when he would probably have been starting his apprenticeship. The earlier decorated instruments of Andrea Amati are not actually inlaid but painted and gilded, in all probability by an artist outside the workshop. Stradivari’s decorated instruments are inlaid with ivory and ebony ﬁligree, the calling card of an exceptionally gifted craftsman. 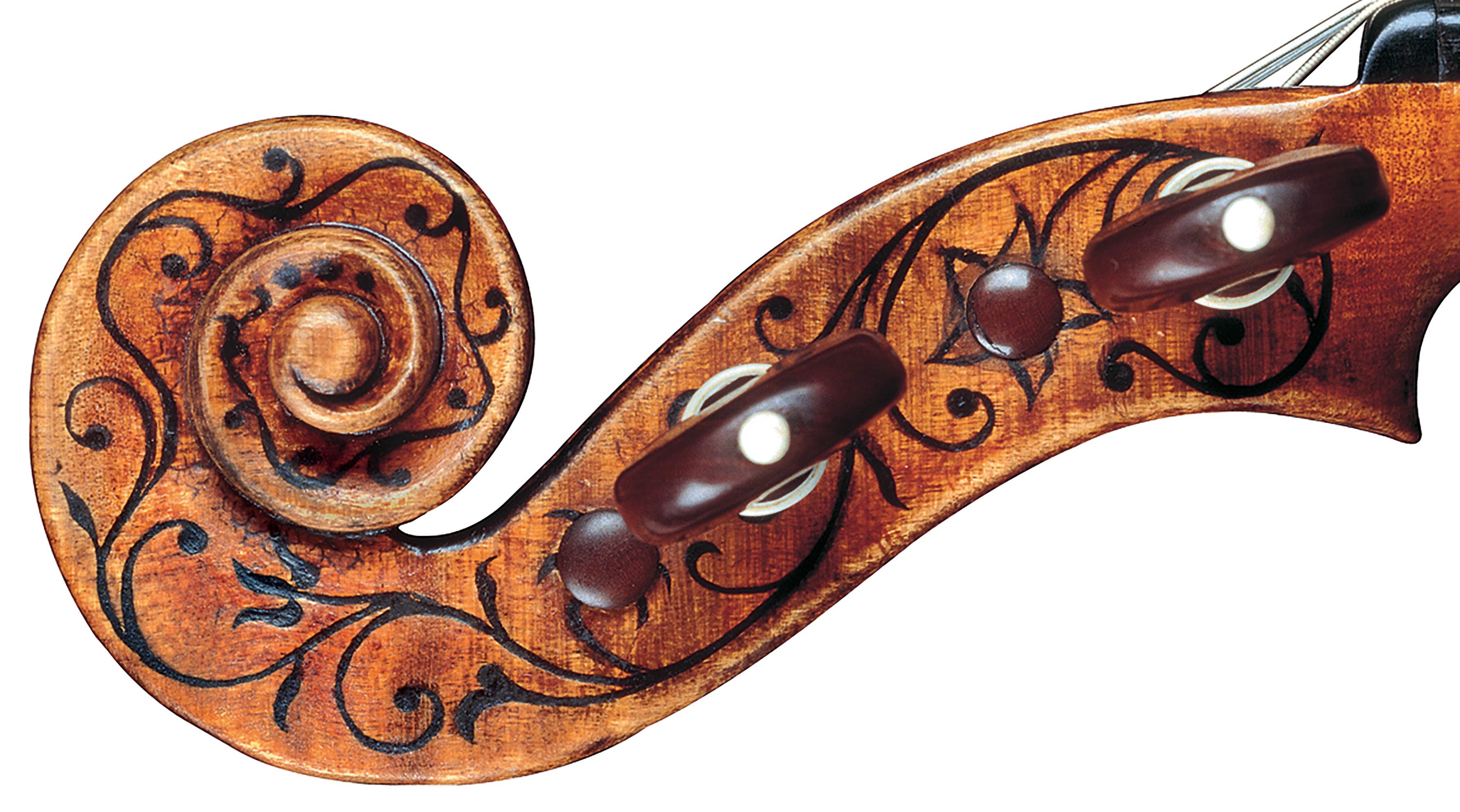 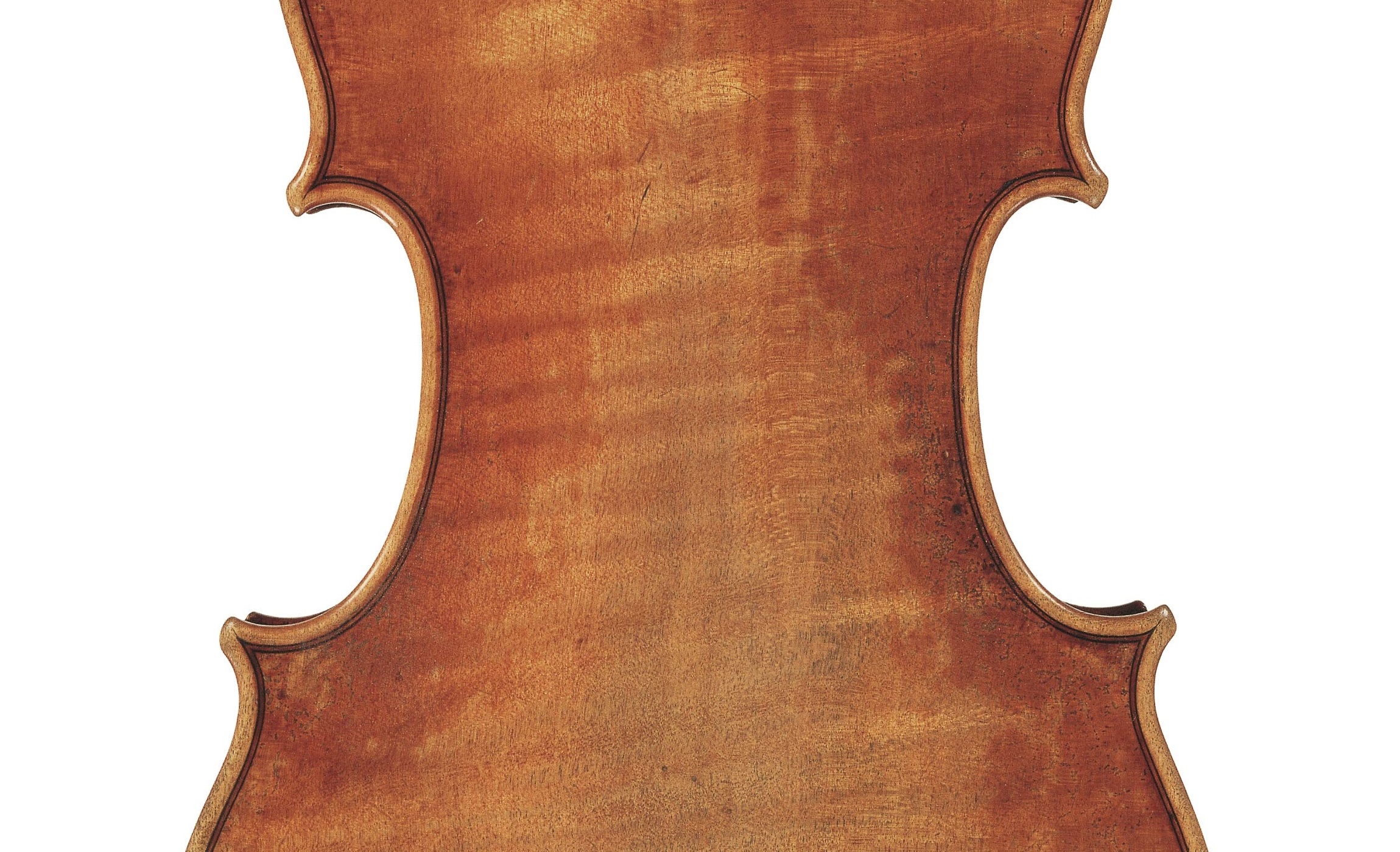 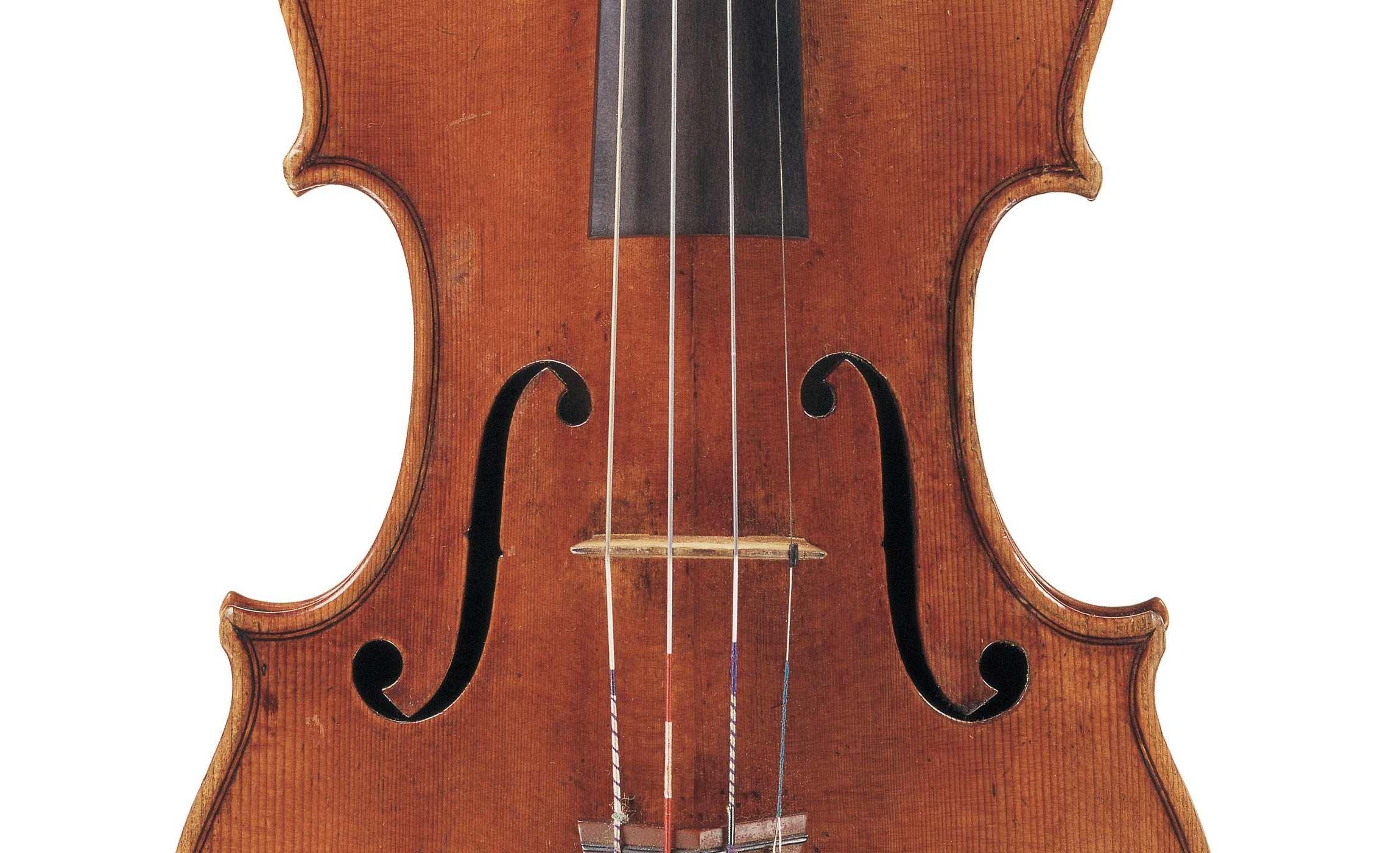 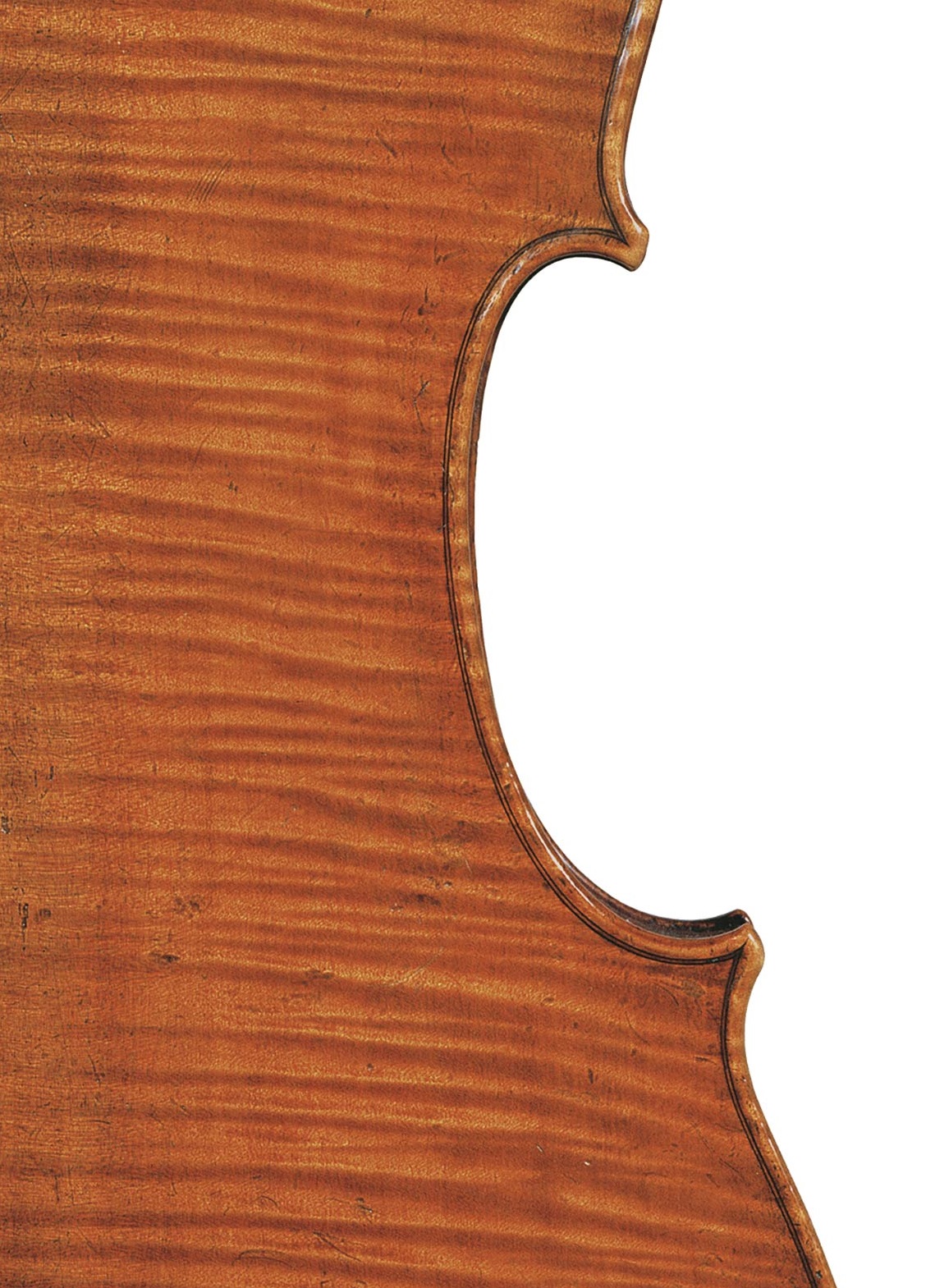 Whatever the case, Stradivari’s lavish work drew even more attention to Cremona. After 1700 he settled into his so-called ‘Golden Period’, characterised by a consistently ﬂatter-arched design based on three surviving patterns, designated ‘P’, ‘PG’ and ‘G’ by the master himself, which still survive in the Museo Stradivariano in Cremona. Stradivari also brought his cello design to perfection with the ‘B’ form model ﬁrst produced in 1710. His varnish by now was a rich and brilliant red, contrasting with the subtle golden hues of the Amatis, and his style a new and masculine form for the violin, producing a more powerful and focussed sound.

By now in middle age, with two sons, Francesco and Omobono, to support him (and possibly a third, the previously unnoticed Giovanni Battista Martino, who died in 1727), Stradivari might have been looking forward to retirement. But he worked on doggedly until his death in 1737 at the age of 91, thoroughly eclipsing all other makers, including Francesco and Omobono, who survived their father by only a few years. One of the makers who succumbed to Stradivari’s dominance was Girolamo Amati II, the last of the Amati violin makers. He died in straitened circumstances in 1740, having left Cremona altogether for several years around the turn of the century.

Stradivari arrived in Cremona almost like a cuckoo in the nest, and his growing stature in life and eventual death seemed to suck all the energy out of violin making in the city. Great makers like Carlo Bergonzi and Giuseppe Guarneri ‘del Gesù’— who was later to achieve an almost mythical status on a par with Stradivari himself — were not proliﬁc, although their instruments were tonally far advanced over other rivals.

Without Stradivari’s leadership, the few surviving makers in Cremona seem quickly to have abandoned the self-discipline and exacting standards of craftsmanship on which the city’s reputation had been built. It is easy to imagine a certain ‘fear of Stradivari’ amongst his fellow makers. Everything made by the town’s small circle of luthiers would have been subject, at least in theory, to his hawkishly critical eye. The early work of Bergonzi and del Gesù is of a very high quality, conscientious and cleanly executed, and strongly inﬂuenced by Stradivari’s designs. 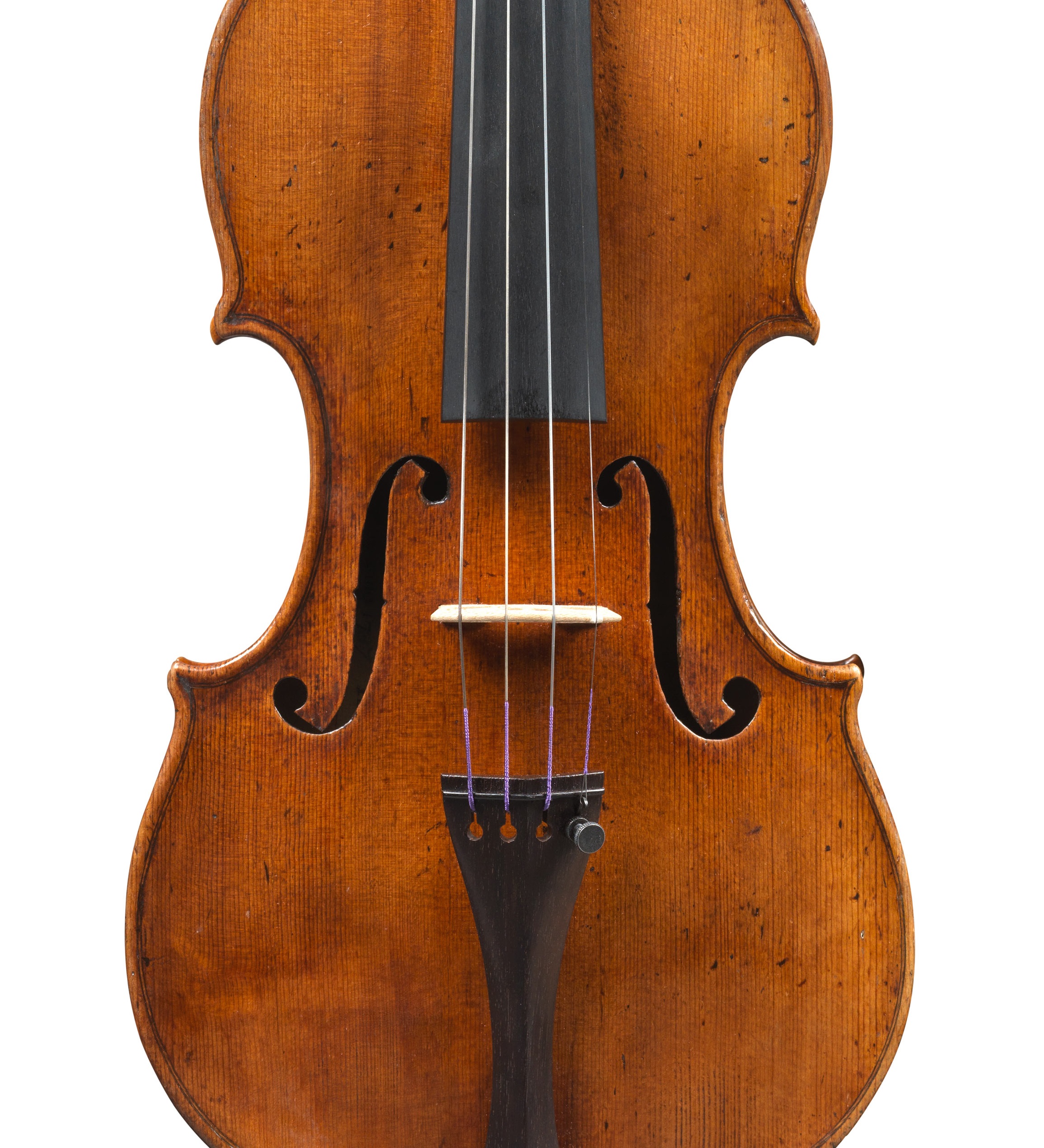 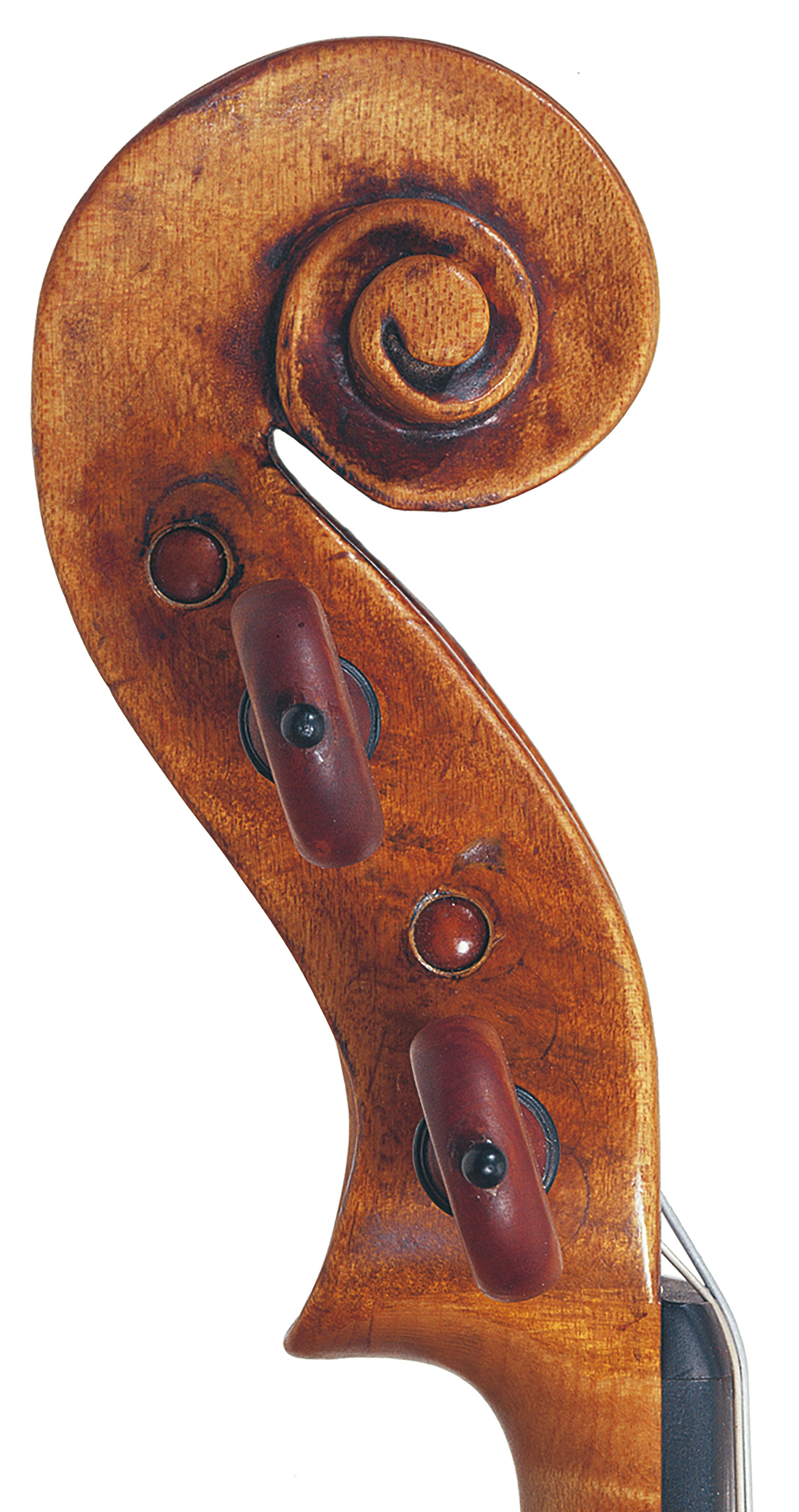 Scroll of the 'ex-Doubleday' violin by Guarneri del Gesù, 1741

After Stradivari’s death, the change is remarkable. Del Gesù’s later instruments eventually became as sought-after as those of Stradivari, but their relaxed, almost haphazard style of craftsmanship marks a distinct shift in approach and aesthetic. They are impetuous, improvised and dramatic variations on the two-hundred-year history of Cremonese violin making, an escape from the traditional disciplines of workmanship and the values of Stradivari and the Amatis. Del Gesù’s scrolls in particular are thrown off without a second look — the painstaking symmetry and geometrical elegance of the Amatis is discarded entirely.

But where sound was concerned, del Gesù took no short-cuts, and produced a tonal quality that was darker but equal in power to Stradivari. These instruments, still second-to-none in tone, provided a different palette with which violin virtuosi could experiment from the early 19th century onward. But del Gesù left no children to carry on his work, and when he died in 1744, and Bergonzi succumbed three years later, the rest of the world ﬁnally had a chance to catch up.

In part four of this series, we introduce violin making outside Cremona.