Part I: The Origins of the Violin

In 2005, to mark the publication of Four Centuries of Violin Making, we commissioned John Dilworth to write an article about the history and development of the violin. Sixteen years later, we are making the instruments featured in the book available online as part of a significantly expanded online archive of highlights from Sotheby’s and Ingles & Hayday’s auctions and private sales.  By the end of 2021 the archive will feature more than 1,000 instruments by 400 makers. To mark this launch, we are publishing John’s article in six segments over the next three weeks. 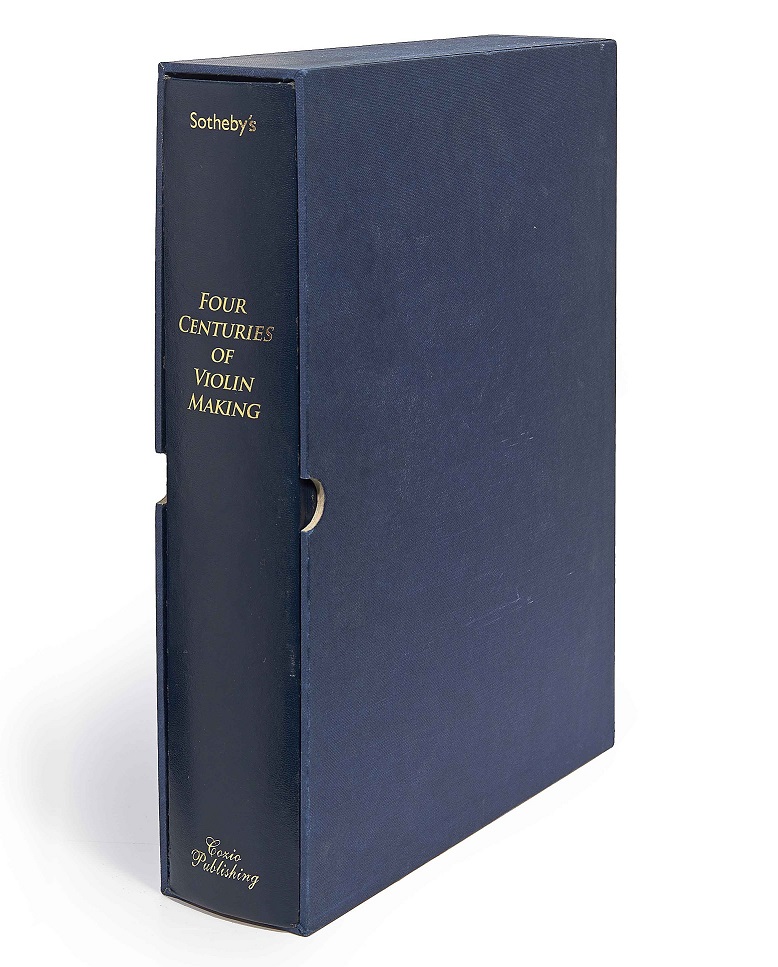 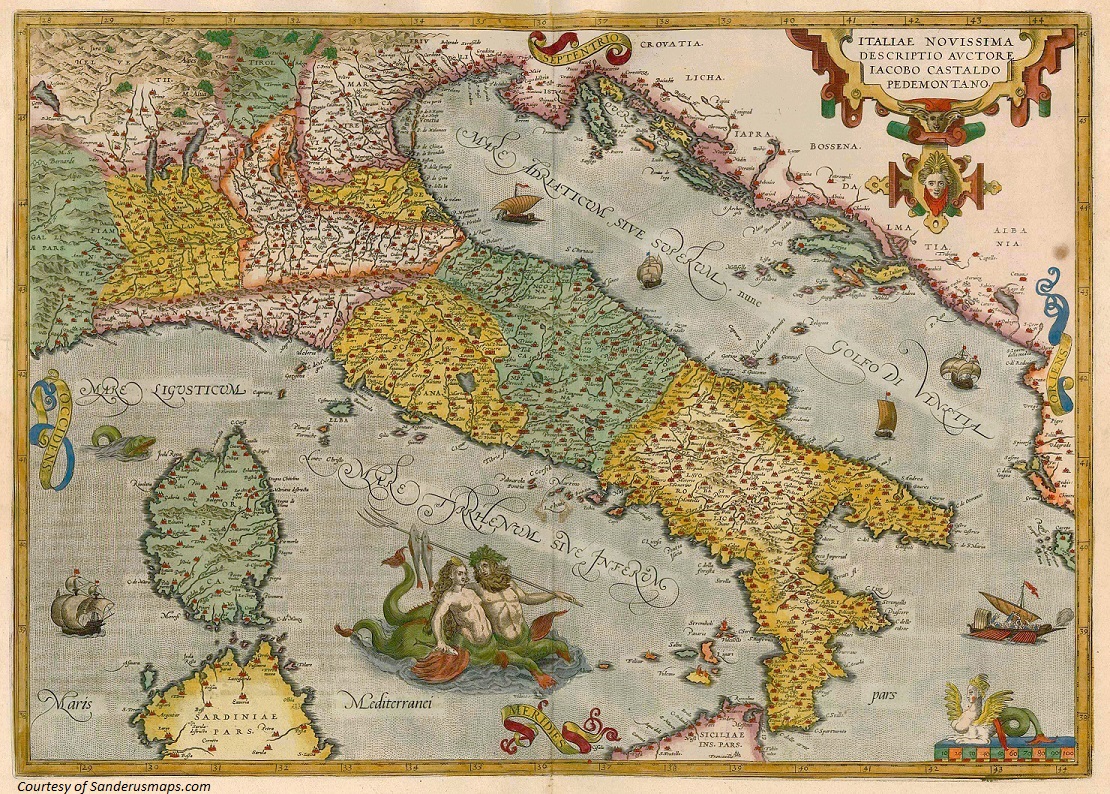 View of Italy by Abraham Ortelius, 1595

The classical violin, one of the great cultural symbols of Western civilisation, is an almost entirely Italian phenomenon. In this archive, one of the most comprehensive surveys of ﬁne concert and collectible stringed instruments — perhaps the most comprehensive survey published to date of ﬁne concert and collectible stringed instruments — there appear only a handful of non-Italian makers. Why this should be is an intriguing question. Many products today are still synonymous with particular lands: French wine, Swiss cheese, Persian carpets, Chinese ceramics, Scottish whisky. Despite the globalisation of trade, airport shops are ﬁlled with representative goods to take back as souvenirs.

So it was in the 18th century when English gentlemen ﬁnished their education with the ‘Grand Tour’. This European adventure, intended to acquaint the young men of the aristocracy with the customs and traditions of the Continent, seems to have had its main purpose in the acquisition of adornments for their stately homes. Among the most sought-after trophies were Canaletto paintings and Amati violins from Cremona.

The localised development of such technically and artistically reﬁned objects usually depends on quirks of geography — raw materials and skills handed down within a small community — or, less often, on the effort of a single originating genius. Both these conditions apply to the Italian violin.

The violin itself was to all intents and purposes an Italian invention; the template for the instrument as we recognise it today was probably ﬁrst laid out some time in the mid-16th century by Andrea Amati of Cremona, the original genius of the violin. Whereas Canaletto was the product of an existing and already highly evolved artistic environment, we know little of Andrea Amati’s background.

Documentary and iconographical sources trace the violin itself back as far as 1520, by which time Amati, who was born about 1505, was probably already being trained as an instrument maker. His labels are recorded from 1542, although these early instruments have not survived. Amati’s teacher was probably Giovanni Leonardo da Martinengo, a Jewish convert to Catholicism living in the relatively liberal city of Cremona. 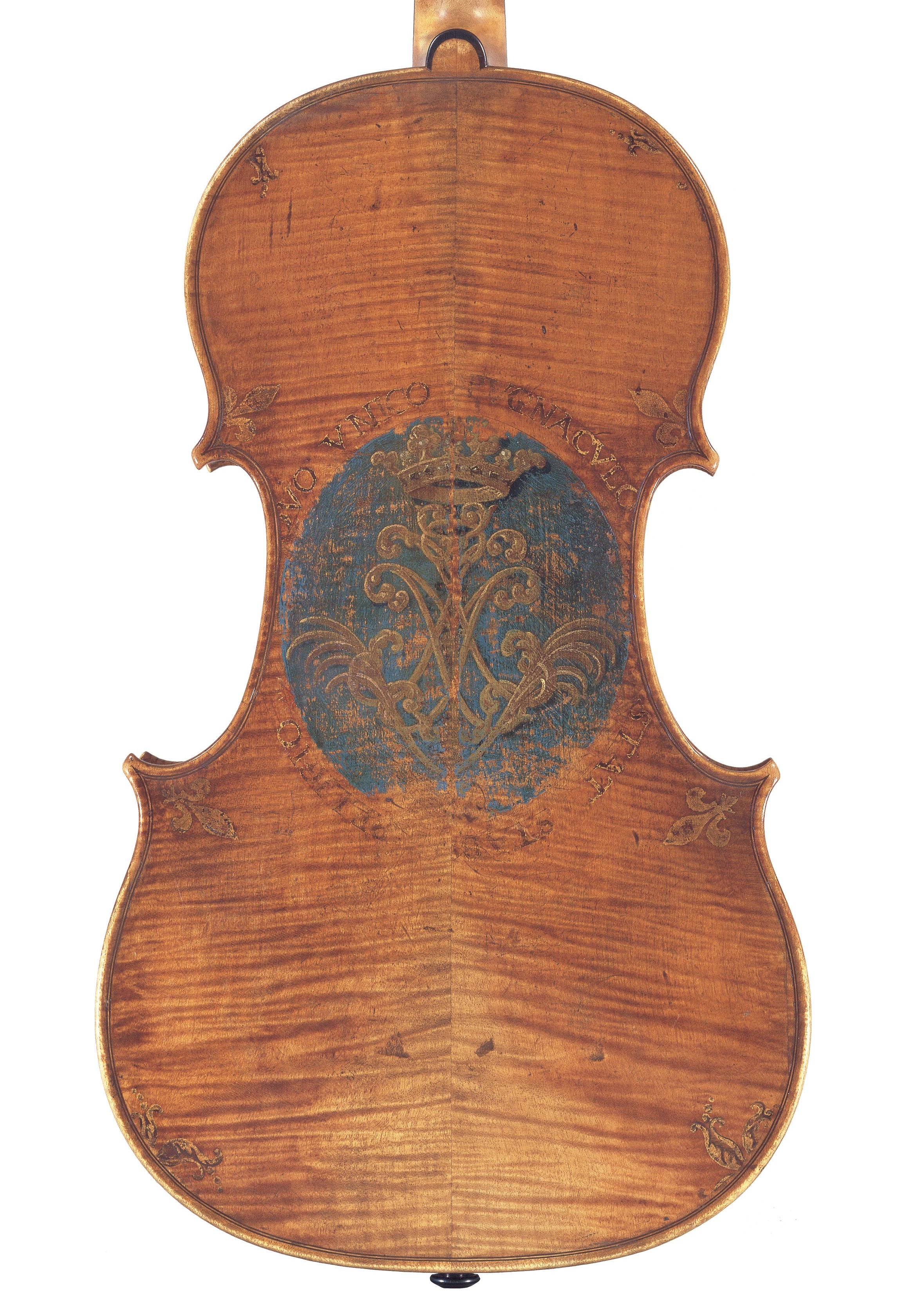 Not only were arts and ideas the currency of Cremona, but also raw materials. 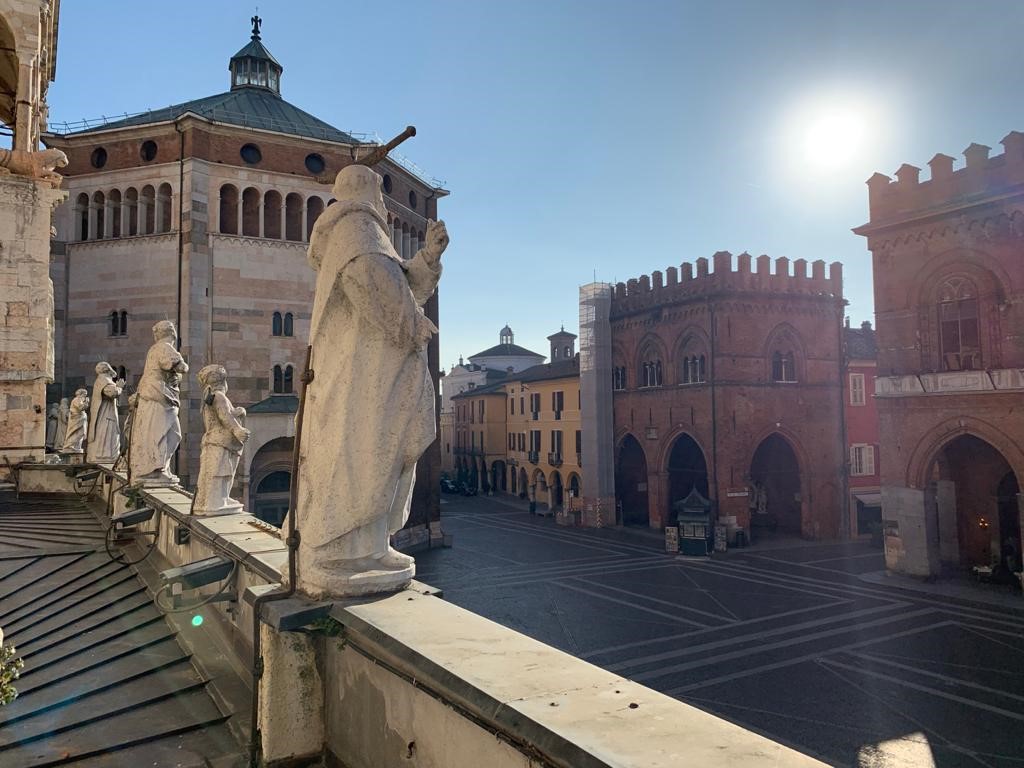 View of Piazza del Comune from the cathedral in Cremona

Situated in Lombardy and commanding the Po river southeast of Milan, Cremona was a strategic and commercial centre fought over repeatedly by the forces of France, Spain, and later, Austria. Far from being an isolated medieval ﬁefdom, the city was a cultured and wealthy place, populated by artists and merchants as well as musicians, including Claudio Monteverdi, who was born in Cremona in 1567.

As early as 1551, a Bohemian traveller noted the presence of viol players and ﬁddle makers as a distinctive characteristic of the city. Not only were arts and ideas the currency of Cremona, but also raw materials. The alpine valleys not far to the north provided an ample supply of timber, and speciﬁcally the slow-growing straight- and close-grained resonant spruce that is vital for stringed instruments.

There is a great deal of speculation over the form and development of the early violin. A clue to the instrument’s evolution from the medieval rebec and ﬁddle, and the then-current viola da braccia, is provided by the frescoes of Gaudenzio Ferrari in the cathedral of Saronno (north-west of Cremona), dated to circa 1535, and his Madonna of the Orange Trees in the church of Vercelli (west of Cremona), dated 1529-30. But there is no surviving identiﬁable precedent for the exquisitely reﬁned instruments that Amati made to the commission of Charles IX of France and Pope Pius V from about 1566 onward. Technically, he may have added a fourth string to a louder, outdoor cousin of the viol that was intended to accompany dance music. Artistically, he changed everything.

Each detail of Andrea’s surviving violins, violas and cellos is fashioned with an artist’s eye. Bowed instruments of any sort from this period have an ad hoc appearance, however charming they may now seem. Amati’s brilliance raised the status of the violin from a farmhand’s entertainment to an embellishment ﬁt for a royal court. Nor was his design merely cosmetic; it was a masterful demonstration of woodworking skills, subtly engineered to provide a delicate yet strong, resonant, and above all, durable object.

For nearly two hundred years, the Amati family preserved the precise methods and techniques laid down by Andrea — a process largely unknown to the growing numbers of violin makers outside Cremona. In Venice, Bologna and Brescia, various makers contributed their interpretation of the newly popular instrument, but none had a design or a technique as reﬁned as Amati’s. 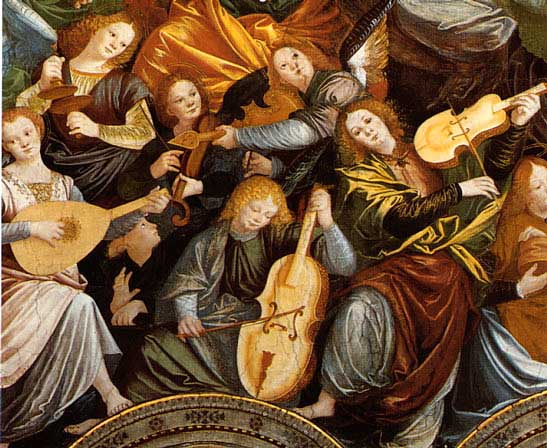 Gaudenzio Ferrari's fresco in the Cathedral of Saronna, circa 1535, showing precursors of the violin family