Life in a musical dynasty

His life would have been fulfilled as a member of the Philadelphia Orchestra, but it is not possible to find sufficient words to describe his greatest dream of all, which was that in 1962 his brothers would gradually join him in the Philadelphia Orchestra. The first brother to arrive was William in 1962 and then finally Robert and Joseph in 1964. Together they became one of the Philadelphia Orchestra’s few standing string quartets, and the only quartet of brothers. The de Pasquale Quartet was a prominent force on the local music scene, but they performed all over the United States as well as in Europe and South America. They were the only professional quartet of brothers in history up to that time.

As well as playing concerts all over the world, they were guests on many national talk shows in the United States as well as South America. They appeared on The Tonight Show on December 22, 1965 where they were interviewed by Johnny Carson. They also appeared on The Today Show where they were interviewed by Barbara Walters. There were articles about The de Pasquale Quartet in newspapers all over the United States, as well as an article in Time Magazine on May 06, 1966, entitled Chamber Music: The Brothers Four. It starts out with a conversation between the four brothers:

Robert: “You see, we’ve been playing together since birth.”

William: “Oh c’mon. You make it sound like we were playing the violin in the crib. I was at least six before…”

Robert: “I mean we can read each other’s minds, we…”

Joseph: “What it comes down to is unity of thought.”

Francis: “Love! That’s what it is. We’re all hard-headed, but we’ve got lots of love.” 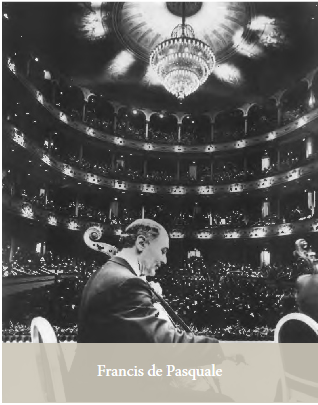 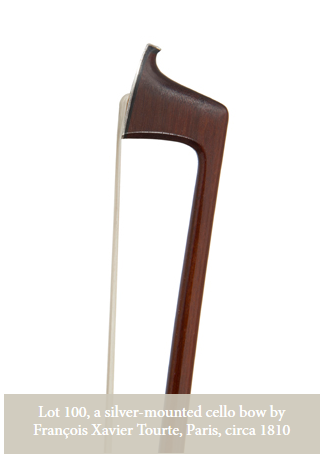 The last quote of Francis sums up who he was in a nutshell. He was a man who loved his family first and foremost. His wife Flora, still alive today, was a great coloratura soprano, and two daughters, Linda and Donna, are pianists. He was a devoted husband and father. And he was devoted to his parents Oreste (who was a violinist) and Rosa, both born in Cosenza, Italy. He was devoted to his brothers. He was devoted to the Philadelphia Orchestra which he loved, and he loved his city, Philadelphia. And he loved his instruments and bows. The Tourte bow was a favorite of his and he used to say of it, “It plays itself! It’s like silk!”

The de Pasquale Quartet gave the Philadelphia premiere of the Benjamin Lees Concerto for Quartet and Orchestra in the Fall of 1965. They performed it in New York as well and Irving Kolodin of New York Magazine wrote, “The brothers de Pasquale brought honor to the great ensemble of which they are members with their expert performance of the string quartet part in the Benjamin Lees new concerto. Harriet Johnson of the New York Times wrote of the Lees performance, “All members of the quartet gave a superb performance of an interesting, brilliant, and skillful work”. Max de Schauensee of the Philadelphia Bulletin wrote, “The second Friday afternoon concert of the Philadelphia Orchestra’s budding season at the Academy of Music yesterday featured the popular de Pasquale Quartet. The vehicle for presenting them was the Philadelphia premiere of the Benjamin Lee’s Concerto for String Quartet and Orchestra which dates from 1965”. “The de Pasquale brothers worked well together and their belief in Mr. Lee’s composition was apparent from their playing”.

Francis de Pasquale died at the young age of 52, but it was a life that was very much fulfilled. He played with one of the greatest orchestras in the world, and he was able to work with his brothers in that orchestra. He, along with his brothers, played in the de Pasquale Quartet which was a fulfillment of his father’s dream. He was a devoted cello teacher who was very much loved by all of his students. He was a beloved member of the Philadelphia Orchestra and in a letter one of his esteemed colleagues Lloyd Smith of the Philadelphia Orchestra wrote in a letter dated May 6, 2005 to his daughter Linda thirty three years after Francis de Pasquale’s passing in 1972, “I have so many warm memories of your father. His gentle sense of humor, his absolute command of the orchestral repertoire, his seriousness both in rehearsal and I think in regard to life in general, but above all his wonderful humanity. Fran is irreplaceable, in my heart and in the Orchestra, and like you I will always miss him”.