Martin Lovett, who died in 2020, was cellist of the Amadeus Quartet throughout its entire 40-year career. As a collection of his bows goes on sale in Ingles & Hayday’s June auction, Ariane Todes pays tribute to him and to the sound world he inhabited

Martin Lovett’s death on 29th April 2020 marked the end of an era, the closing of the final chapter of the Amadeus Quartet, one of the finest string quartets of all time. Always regarded as the baby of the four (the others being violinists Norbert Brainin and Siegmund Nissel and violist Peter Schidlof), the cellist was the last to go and at the age of 93 had few peers left from the generation of musicians who emerged from the aftermath of the Second World War.

Today, the quartet’s recordings speak of musical times gone by. Their style, which was definitive for so many string players, has become unfashionable. Compare their richly sustained sound, eloquently vocal phrasing and Brainin’s continuous, wide vibrato, with the many palettes of colour, bulging phrases, throwaway lines and often no-vibrato textures of many young quartets today, and it’s as if we’ve lived through a sonic revolution.

Lovett was vocal on the subject and wrote to The Times in 2008: ‘I feel it is time for our critics to learn what is acceptable and to nip in the bud what has become such a regrettable part of our recent musical experience. It is rarely nowadays that one hears an enjoyable performance of Bach or Handel. Singers use vibrato; why cannot we string players do likewise? Of course, discretion is always a necessity.’ 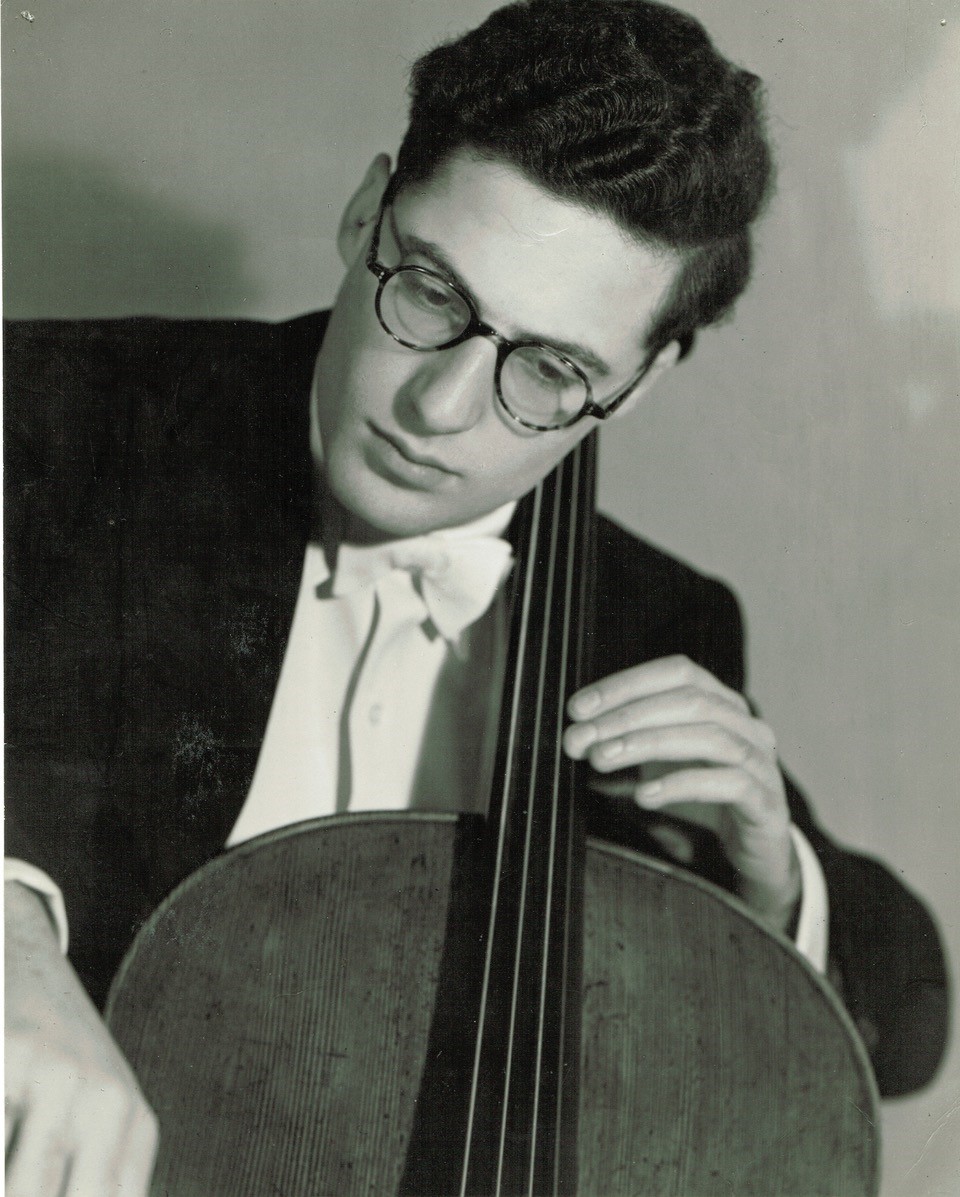 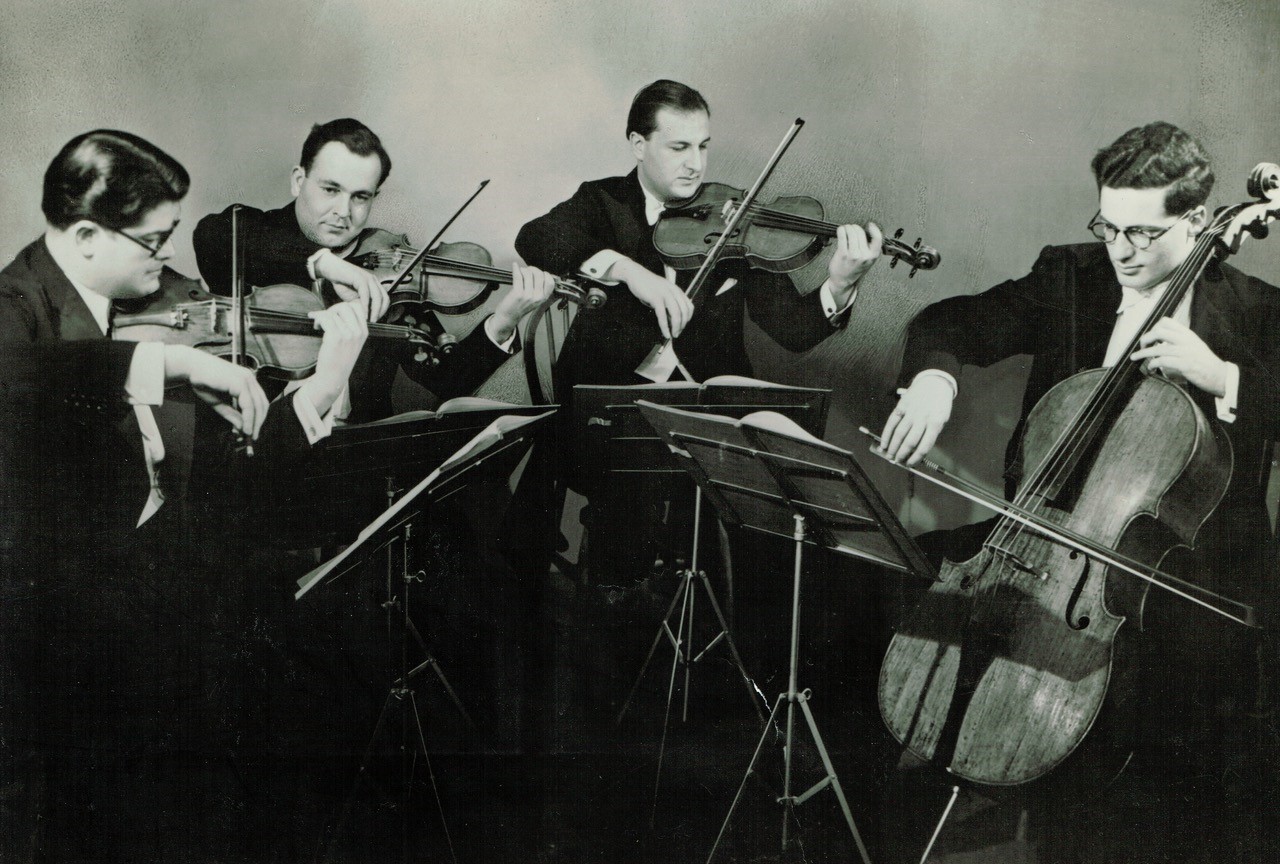 The Amadeus style was certainly formed before the days of historically informed performance, and it also came out of its majority Mitteleuropa background – Brainin, Nissel and Schidlof had all fled Austria in 1938. Lovett was the only member to have been born in Britain, learning German to keep up with the others. While Brainin’s spontaneous and expressive nuance charmed (although perhaps sometimes bordered on the overwrought), Lovett provided the perfect foil, his bass lines anchoring Brainin’s flights of fancy firmly but sensitively, always elegant and supremely tasteful.

Lovett was born in Stoke Newington, London, on 3 March 1927, although all four grandparents were born in Ukraine. His father, Samuel, was a cellist with the Hallé and London Philharmonic Orchestra, and Martin studied with him from 10. By the age of 15 he was good enough to win a scholarship to the Royal College of Music to study with Ivor James, although he was asked to leave after three years as he was already playing professional gigs without seeking college permission.

So great was the demand and small the supply of chamber music in the aftermath of the war that the queue for tickets ran round the back of the hall.

Cello bow by George Frédéric Schwartz that belonged to Martin Lovett, lot 58 in our sale on 8th June

He was introduced to Brainin, Nissel and Schidlof by their teacher Max Rostal, who also introduced him to Suzanne Rozsa, whom he married in 1950. The four started playing quartets for fun in 1946, Schidlof having moved to viola, and they made their debut as the Brainin Quartet at the 1947 Dartington Summer Festival. Renamed as the Amadeus Quartet, they first played in public at the Wigmore Hall on January 10, 1948. So great was the demand and small the supply of chamber music in the aftermath of the war that the queue for tickets ran round the back of the hall.

Their rise was meteoric, and their popularity took them around Europe and across the world, with frequent performances for the BBC Third Programme. All told, they gave more than 4,000 concerts and made 200 recordings – their Deutsche Grammophon box set numbers 70 CDs.

When I interviewed Lovett in 2013, he explained their success: ‘We were on very good terms. We only argued about the music. There was one time we left the decision of how we were going to play a passage in a void, and I wondered how it would be in the concert. It was perfect. I think the whole conversation that we’d had about it had clarified it and we never discussed it again. After a certain time, our attitude was similar, so we didn’t have problems with tempos – we always agreed.’ 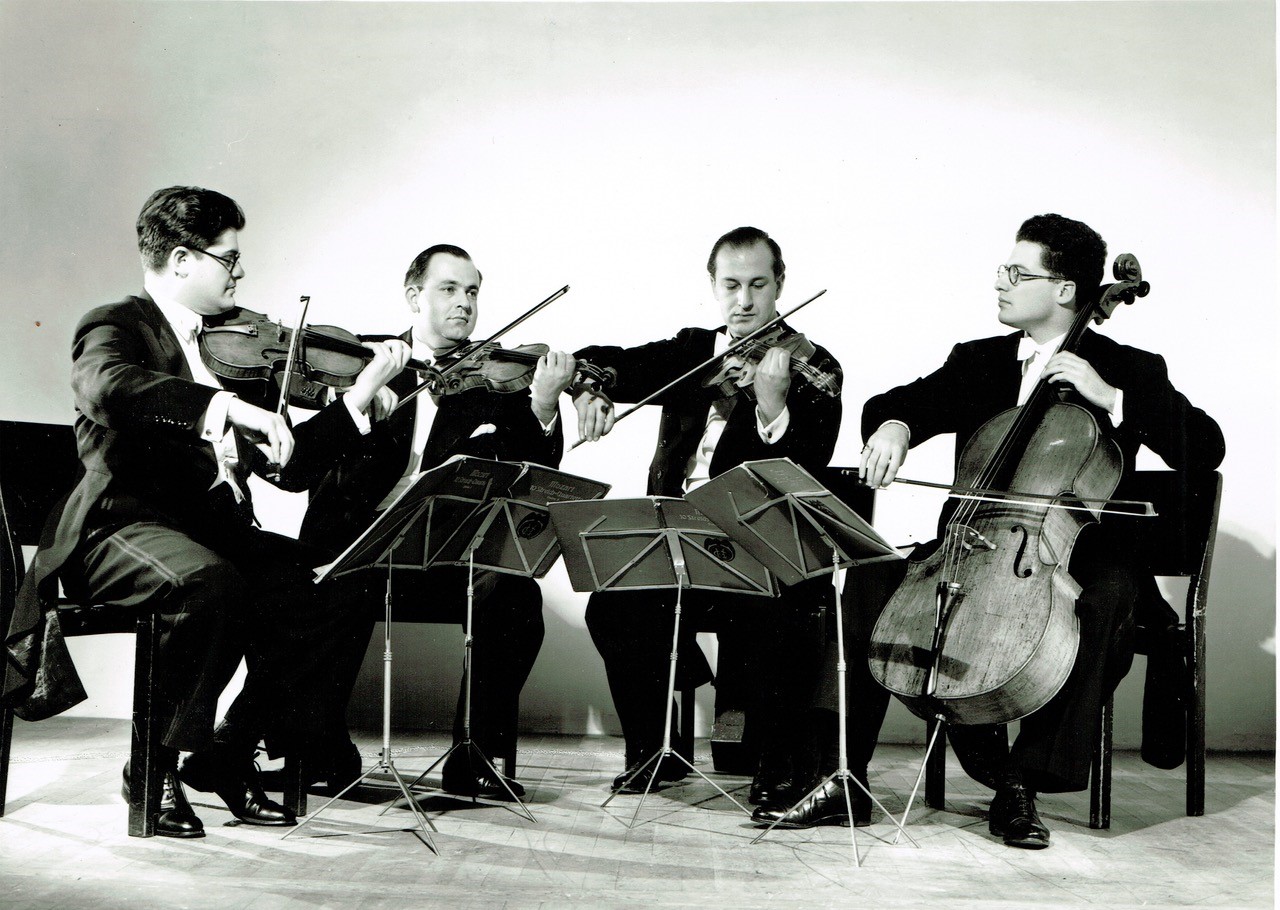 Their home turf was the Classical and Romantic repertoire of Mozart, Haydn, Schubert and Brahms, but they also performed Bartók, Tippett and Horowitz, and Britten wrote his Quartet no.3 for them. In an interview at the Royal College of Music, Lovett complained, ‘Britten wrote his last piece for us, so I’m surprised that young players don’t ask me – I’m the only person alive who played it to the composer. Britten wrote in the last movement “slow”, and when we performed for him, we played it slow, but he was pushing all the time and changed the marking to “con moto”. I’m amazed that students don’t ask me about it.’

The quartet was one of very few to maintain the same personnel throughout their 40-year career, so it seemed inevitable that when Schidlof died in 1987 that they would break up. Lovett continued to perform chamber music in various combinations, including as the Amadeus Trio, and to teach. For several years they ran their own Amadeus International Summer School at the Royal Academy of Music, where their three heads could be seen in the audience seats bobbing together in the same direction.

Cello bow attributed to François Xavier Tourte that belonged to Martin Lovett, lot 59 in our sale on 8th June

Throughout his career Martin Lovett played several instruments: the circa 1725 Vaslin; Belle Blonde and circa 1690 Bonjour Stradivaris, a 1748 Gennaro Gagliano and a 1740 Domenico Montagnana. Ingles & Hayday’s June sale features several bows owned by him, including a silver-mounted bow by Georges Frédéric Schwartz and a gold-mounted bow attributed to François Tourte.

Lovett was also a keen painter and made portraits of his former colleagues. He had two children with Rozsa, who died in 2005, and in 2015 he married Dorinde van Oort, who survives him. Fortunately, we have many recordings and several YouTube videos that serve as testament to the quartet’s musical eloquence, beauty of sound and unity of purpose. May these serve to send the pendulum of musical fashion the other way again. 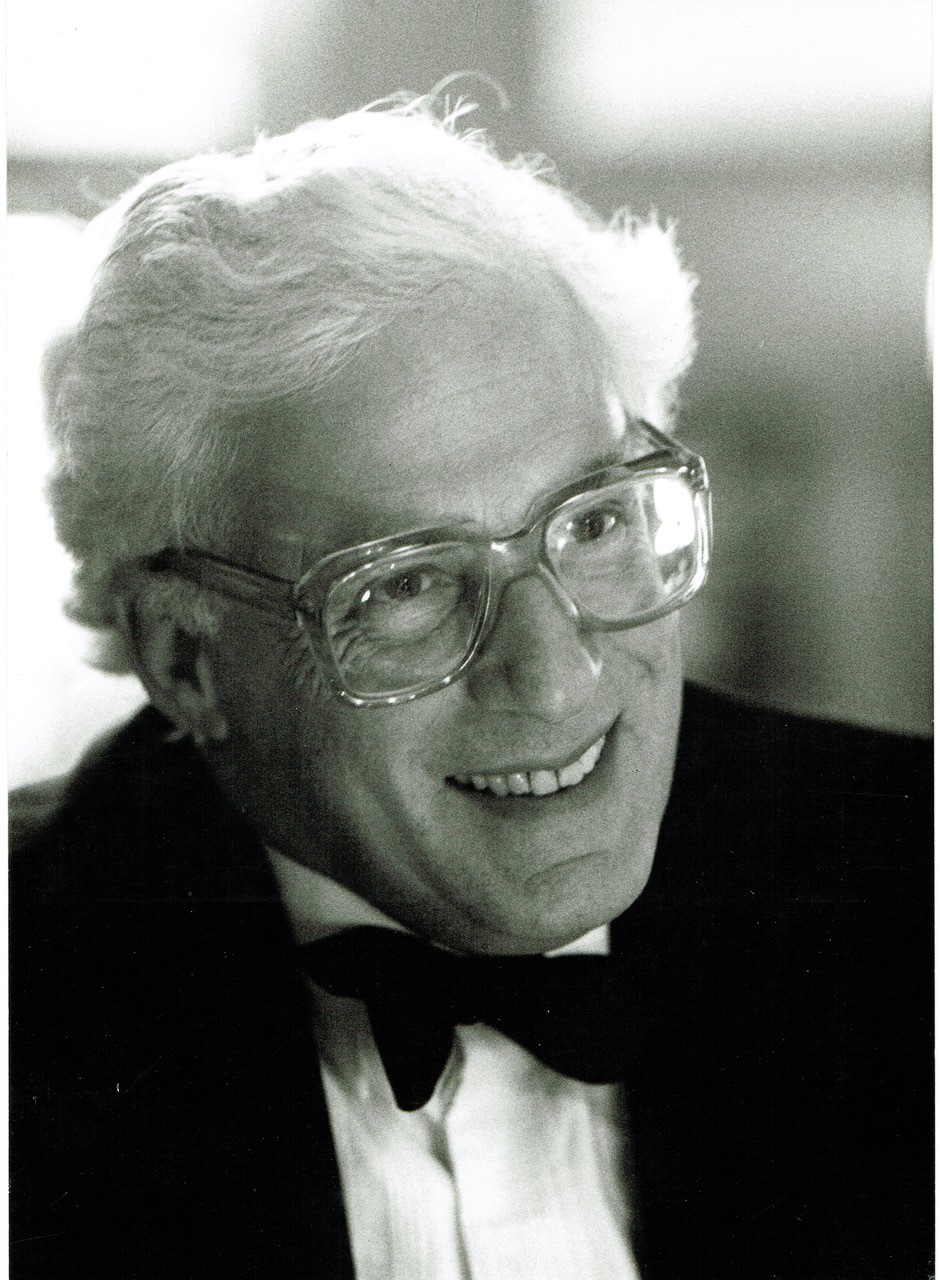 Martin Lovett’s bows in our sale on 8th June include lots 58-67.