Russell Crowe’s violin up for auction

Russell Crowe’s Leandro Bisiach violin, played in the film ‘Master and Commander’ is to be auctioned on 7 April 2018.

Ingles & Hayday are pleased to announce the sale of a violin belonging to the actor Russell Crowe – known for films including Gladiator, A Beautiful Mind and LA Confidential. The instrument is to be sold at auction on 7 April at Sotheby’s Australia.

The violin, by the leading Milanese maker Leandro Bisiach (1864-1946), was used by the Oscar-winning actor as the character ‘Captain Jack Aubrey’ in the film, Master and Commander (2003) and is dated 1890.

Russell Crowe recalls the story behind his purchase of the violin:
“At the beginning of the Master and Commander shoot, the props department handed me a heavy and dark German violin to use in the movie. It was my thought that the Captain (Jack Aubrey), as gruff as he may be, would play a finer instrument. Peter Weir, (the director), agreed with me, but the film’s budget couldn’t take the extra cost, so I had my friend, Richard Tognetti, (from the Australian Chamber Orchestra), track down something more suitable. He found me this beautiful Leandro Bisiach, made in Milan in 1890. Though it was a later piece than the time period of the movie, the fact that it was in the style of Guarneri meant that it was a shape and style that the Captain could have purchased. This is a serious concert level violin. It comes with a piece of silk that Captain Aubrey would have under his chin when he played it.” 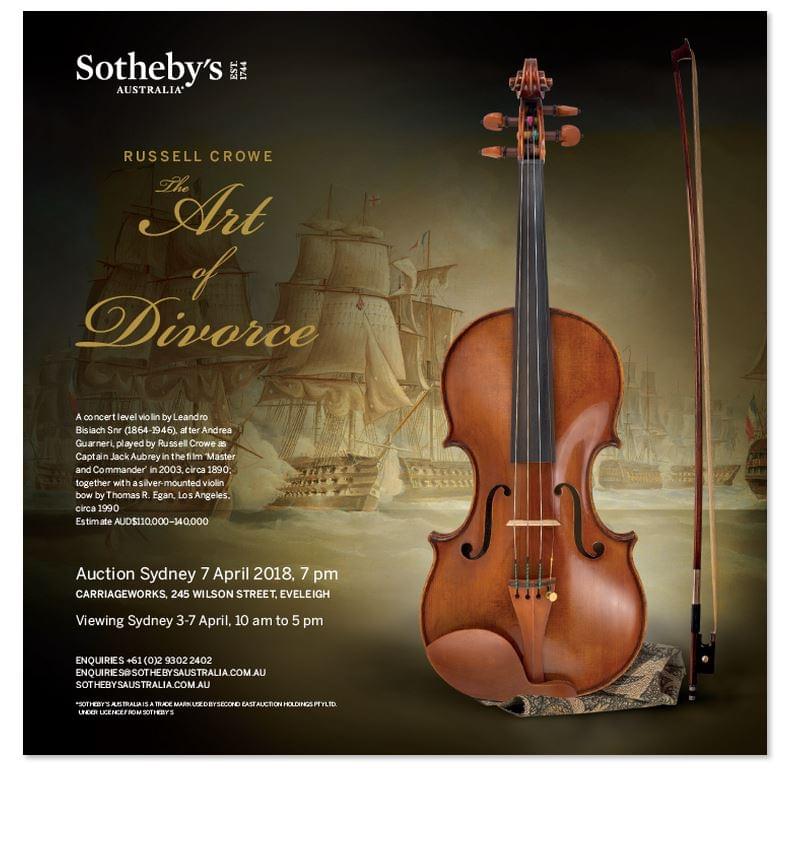