Alexei Lvov, the violinist who commissioned the Tsar Nicholas from Vuillaume in 1840, described himself as a dilettante, but he was a key figure in 19th-century Russian musical life, as Ariane Todes discovers 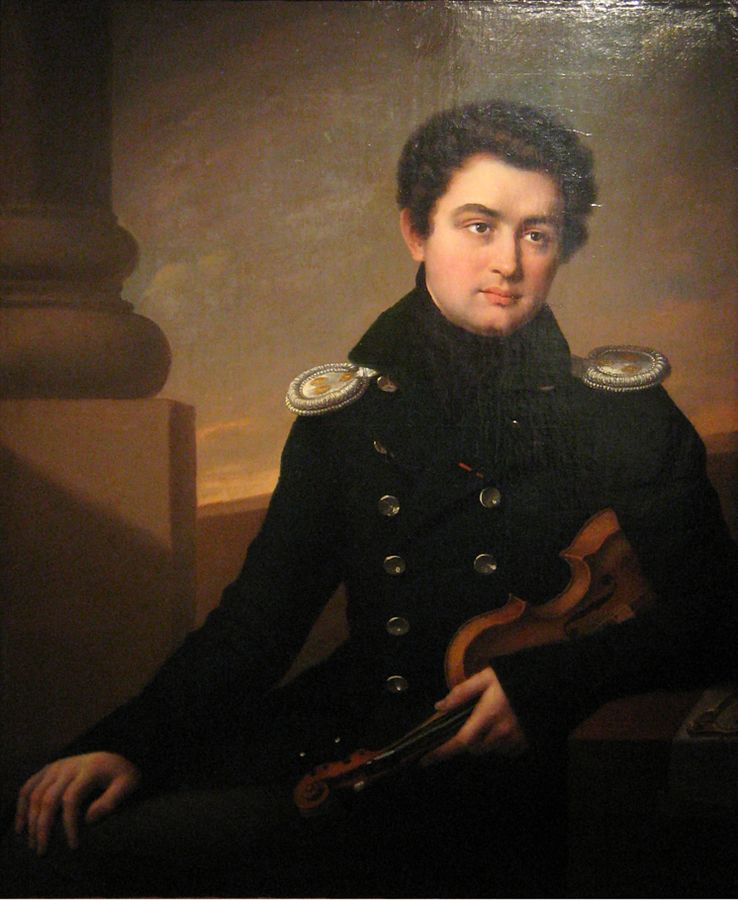 Of the owners associated with the Tsar Nicholas Vuillaume violin that will be sold on 8th June 2021, Isaac Stern may be the best known to modern audiences. But in the 19th century, Alexei Lvov was just as much of what we might now call an influencer – both in the Imperial Court and salons of his homeland Russia and among the musical celebrities of Europe.

He may be best recognised now as composer of the old Russian national anthem, ‘God Save the Tsar’, whose theme Tchaikovsky used in his 1812 Overture, but by contemporaries, Lvov was also revered as a violinist, and for the reforms he brought to Russian liturgical music and his impact on musical life.

Lvov was born in what is now Tallinn, Estonia, in 1798, the son of Fyodor Lvov, director of the Imperial Court Chapel Choir. He learnt the violin from the age of 7, making his debut at 9 with a Viotti concerto. Having studied at the Institute of Transportation he enlisted in the army in 1818, rising to Major General and serving as personal aide to Tsar Nicholas I. In 1837 he took over as director of the Imperial Court Chapel, his father having died the previous year.

He described himself as a dilettante, but this may be rather coy, as Schumann, who heard him lead Mozart and Mendelssohn quartets, described him as a ‘marvellous and rare performer’ and wrote, ‘If there are other such dilettantes in the Russian capital then many a European artist could learn there rather than teach.’ Glinka wrote in his memoir that ‘the sweetly delicate sounds of Alexei Fedorovich’s entrancing violin became deeply engraved on my memory.’

Private salons were an important part of St Petersburg’s musical life at the time, and his were renowned

Berlioz, with whom Lvov maintained a warm correspondence, also wrote generously of Lvov’s playing: ‘Most connoisseurs of string quartet music and all the great violinists of Europe know this eminent musician, who is both virtuoso and composer. His talent as a violinist is remarkable.’

Indeed, Lvov’s modesty as a performer may be more to do with his high status and how musicians were regarded by Russian society. Social mores meant that someone of his rank could not even perform in public, although he could play for free to invited audiences and for charity events. Private salons were an important part of St Petersburg’s musical life at the time, and his were renowned, featuring his string quartet and visiting stars such as Clara Schumann and Liszt.

It wasn’t considered proper for him to perform in public when abroad, either, but on a visit to Leipzig in 1840, Mendelssohn arranged a special morning concert, conducting him in the German composer’s own concerto, before a specially invited audience. 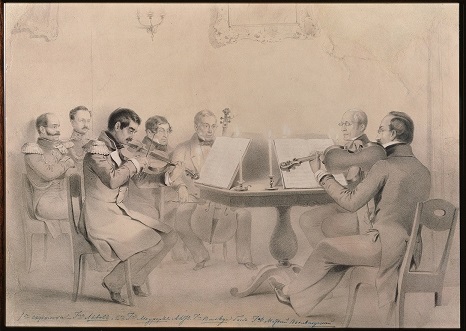 Lvov wrote the tune in a matter of minutes and when the Tsar heard it, he demanded three more performances 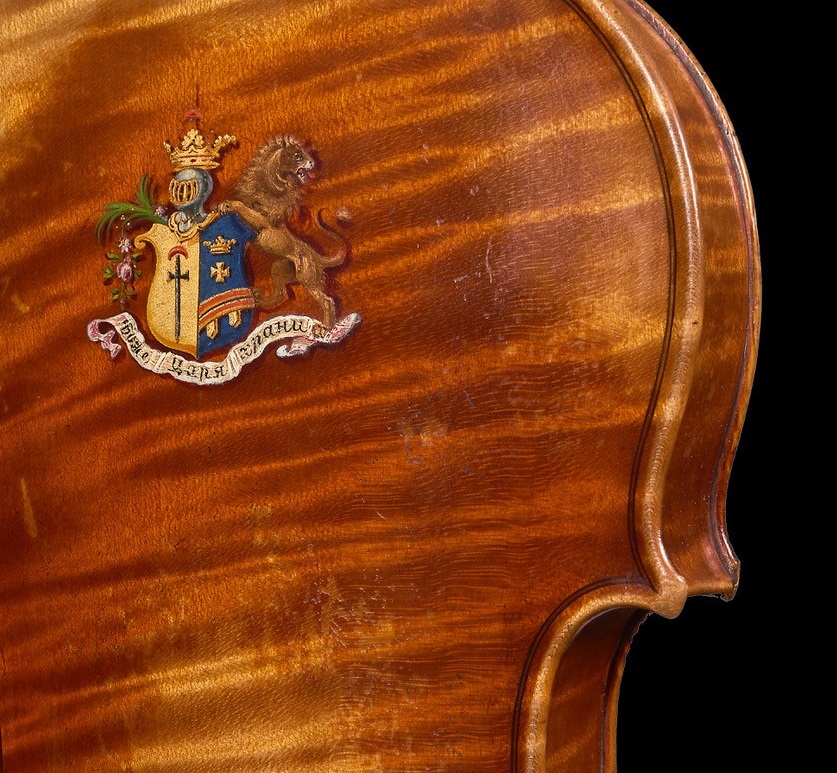 The coat of arms of the Lvov family, painted on the back of the ‘Tsar Nicholas’ violin

Following this stay in Leipzig, Lvov went to Paris, where he paid a visit to Vuillaume and commissioned the Tsar Nicholas. By the 1840s the luthier was well established and attracted leading players, renowned not only for his own work but also for his copies. When Paganini gave Vuillaume his Guarneri for repair, the luthier made a copy in only a few days, and legend has it (no doubt promoted by the maker himself) that the violinist mistook it for the original, so accurate was it.

Lvov’s commission included a coat of arms incorporating the words of his own anthem, ‘God Save the Tsar’. Of more than 3,000 instruments that Vuillaume made, very few of them are decorated in this way (including the 1865 ‘Sheremetev’ quartet, of which Ingles & Hayday sold a violin and cello around 2012). The violin is based on Stradivari’s model from around 1708–9 and bears the label Fait à Paris par J.B. Vuillaume pour A. Lvoff l’an 1840. A pencilled 41 in the upper back suggests it might have actually been finished in 1841, though.

Lvov had written his anthem in 1833 at the behest of the Tsar – up to that point, the Tsar’s arrival was ceremoniously greeted with the British anthem, ‘God Save the King’. Lvov wrote the tune in a matter of minutes and when the Tsar heard it, he demanded several more performances. According to Lvov’s account, ‘The Sovereign graciously presented to me a gold snuff-box adorned with diamonds, as a mark of the Imperial pleasure, and also ordered that the words “God protect the Tsar” should be added to the armorial bearings of the Lvov family.’ The words can be seen in the violin’s decoration. Lvov’s piece of music remained the national anthem until the Revolution of 1917. 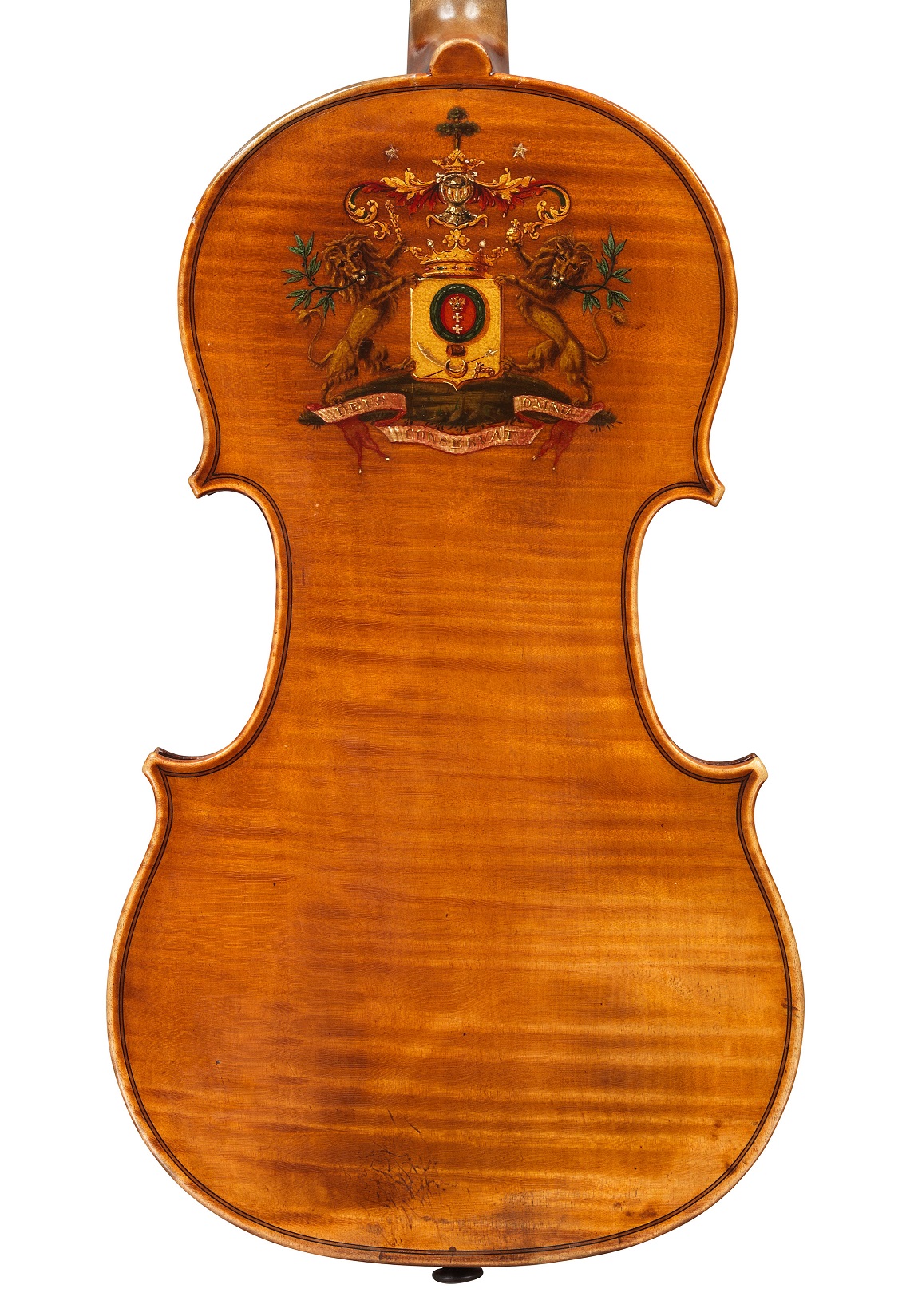 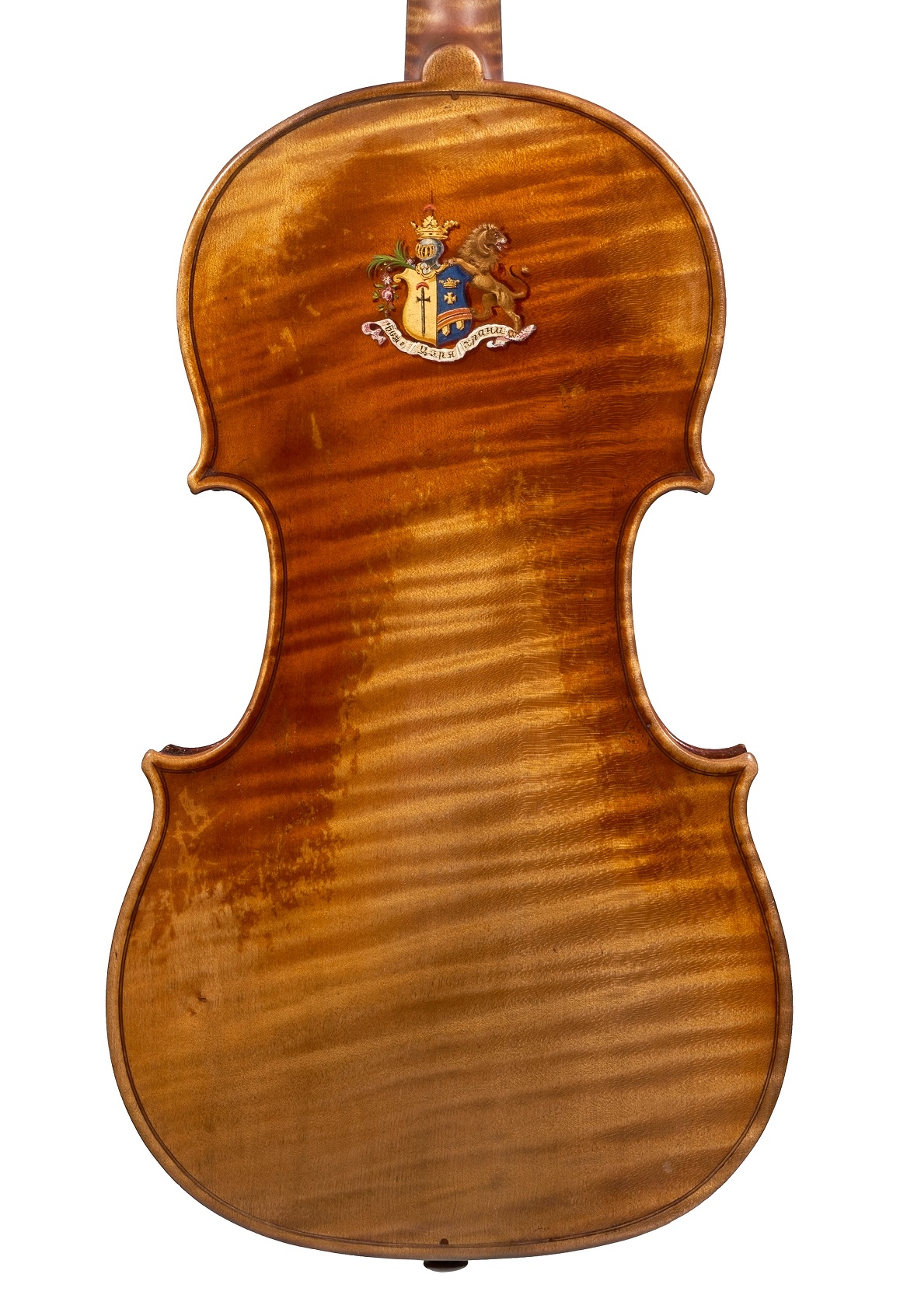 His violin concerto was less successful – he wrote the 20-minute work in 1840 and first performed it in 1842, in honour of Liszt’s visit to St Petersburg, but it has rarely been played since. He also wrote 24 Violin Caprices that serve as studies, alongside his 1859 book, Advice to a Beginner in Playing the Violin and Le Duel for violin and cello.

Apart from these pieces and a few operas, most of his compositions were sacred works written for the Imperial Chapel Choir. As director, he had ambitions to unify Russian church music, feeling that the court tradition of Russian chant did not represent the nation’s many traditions, and that it had been corrupted by the Italian style. He set out to collect original examples of chants from across the country to compare them and create definitive versions that could be distributed centrally.

In 1850 Lvov set up the Concert Society, which offered three concerts annually to a select audience, performed by musicians from the Imperial theatres and the Imperial Chapel Choir. Concerts always sold out and were often attended by the aristocracy, including the Tsar. Lvov was effectively one of the pioneers of symphonic concerts in Russia.

By 1861 he was forced to resign his directorship of the choir due to deafness, retiring to his estate near Kovno. He died in 1870, at the age of 72, and was entombed in the Pažaislis Monastery, Kaunas, Lithuania. Sadly, all the paperwork relating to his violin has been lost in the mists of time, so we might never know its stories, but we can imagine the musicians it must have encountered and be sure of its owner’s role in Russian musical history. 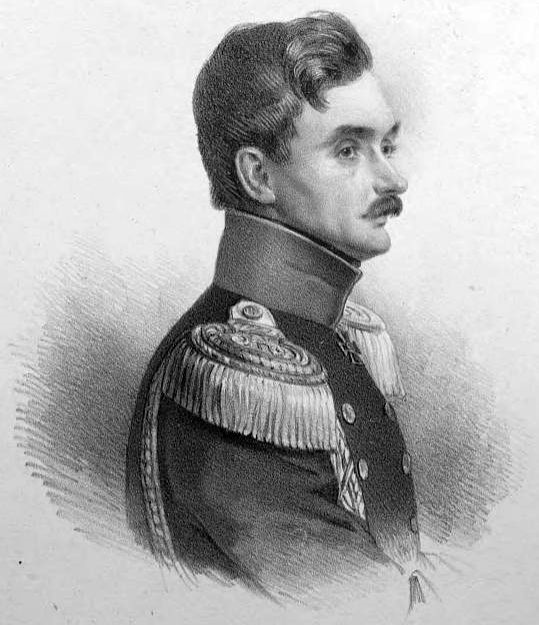 The Tsar Nicholas Vuillaume is a highlight of our June sale.