Provenance of the Instrument

The first recorded owner of the Molitor is Madame Juliette Récamier (1777-1849), a prominent socialite and patron of the arts in 19th century Paris, who also owned another Stradivari violin made in 1727. In 1804 both violins passed to a young General in Napoleon’s army,  the Count Gabriel-Jean-Joseph Molitor (1770-1849). Count Molitor was a musician of some stature as well as a distinguished soldier and after his death the violins remained in the possession of the Molitor family for nearly 70 years.

In 1917 the Molitor was sold Monsieur J. Mazeran through the Paris dealer Caressa & Français. Then, in 1929 it was acquired by the Curtis Institute in Philadelphia from dealer Charles Enel.  During its time at the Curtis Institute the violin was loaned to several students including Jascha Brodsky. In 1936 the Molitor was sold to W. E. Hill & Sons in London, who sold it in the following year to the discerning collector R. A. Bower of Somerset.  During his lifetime Bower owned over 20 Stradivari violins, including La Pucelle and the Lady Blunt.

In 1957 E.R. Voigt sold the Molitor to a Miss Muriel Anderson of Londonderry in Northern Ireland, and it was acquired by Elmar Oliveira at Christies in 1989.  Oliveira, the first American violinist to win the gold medal at the Tchaikovsky Competition, enjoyed a distinguished career as a soloist and played and recorded with the violin until 1994, when he exchanged the violin for the Stretton Guarneri with Albert Stern, an American prodigy who had a successful career as a Hollywood recording artist.  Stern offered the violin at auction in 2010, where it achieved a world record price of $3.6m and was bought by the violinist Anne Akiko Meyers.

In 2014 it was bought by the Russian collector and philanthropist, Maxim Viktorov. 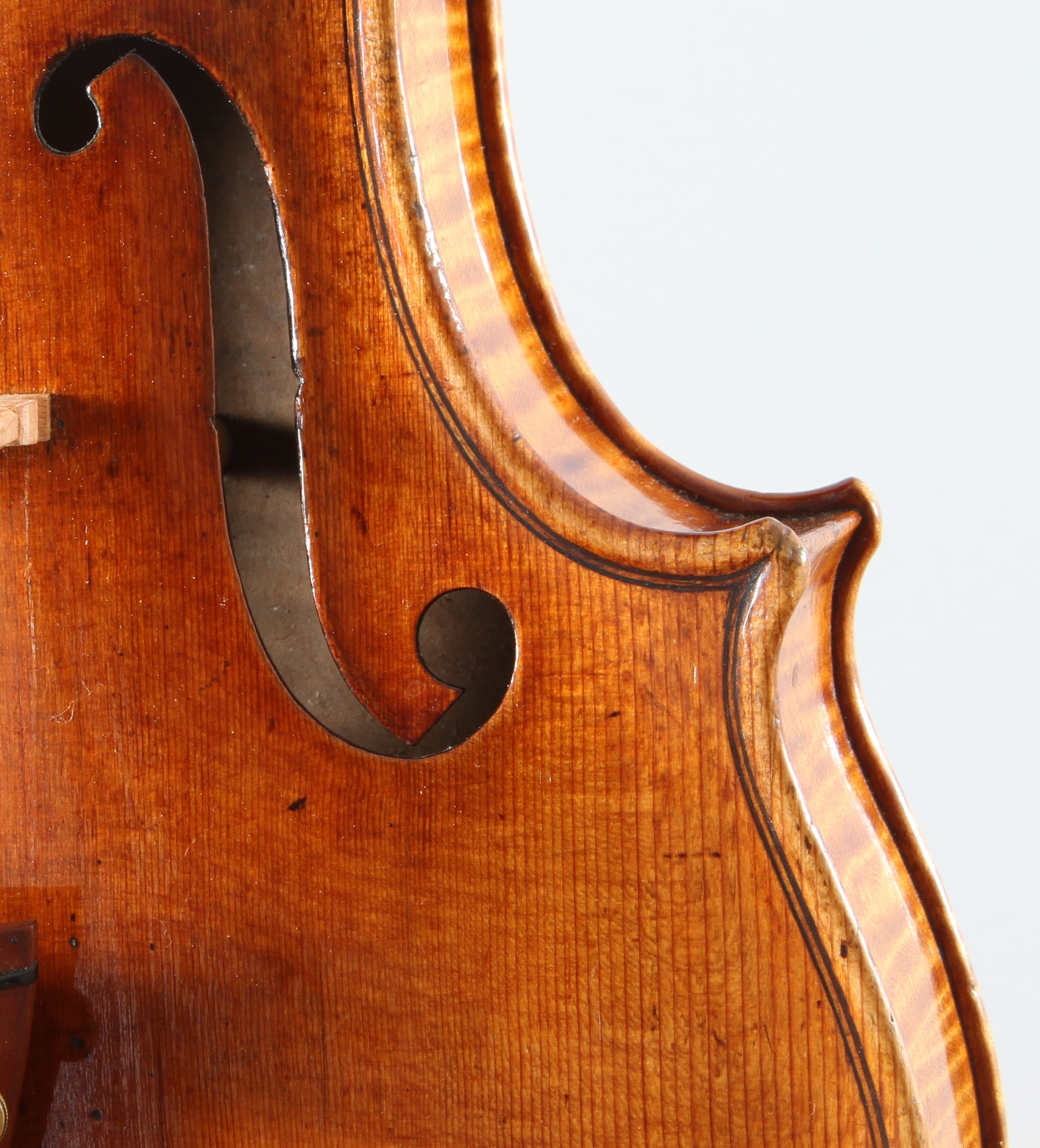 details of a corner from the Molitor violin by Antonio Stradivari, dated 1697