The Rosenberg Collection Part I – Cremona

History of the violin

John Betts is reputed to have brought this instrument to England, and he subsequently sold it to Giovanni Battista Viotti. He retained possession for a short time before passing it on to the Duke of Cambridge. A pupil of Wilhelmj acquired the instrument in the intervening period before George Hart sold it to Miss Marie Hall in 1905.  After her death it was inherited by her daughter Miss P. Baring, who sold it at Sotheby’s on 7th November 1968. At the time it was known as the Viotti Strad and it made a world record price of £22,000. The Lark Ascending was composed for and dedicated to Marie Hall by Vaughan Williams, and she gave the premiere of the orchestral version in 1921. 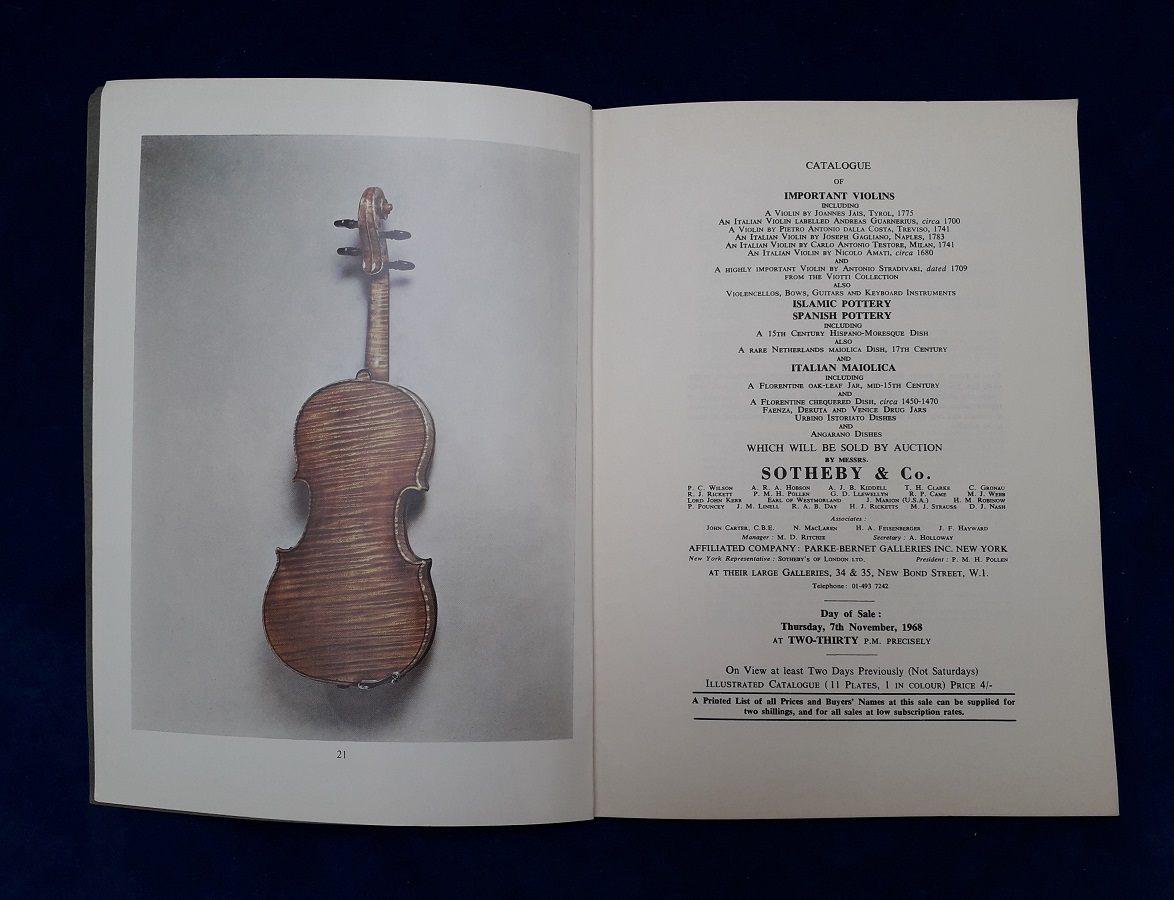 Inside cover of the 1968 Sotheby's catalogue 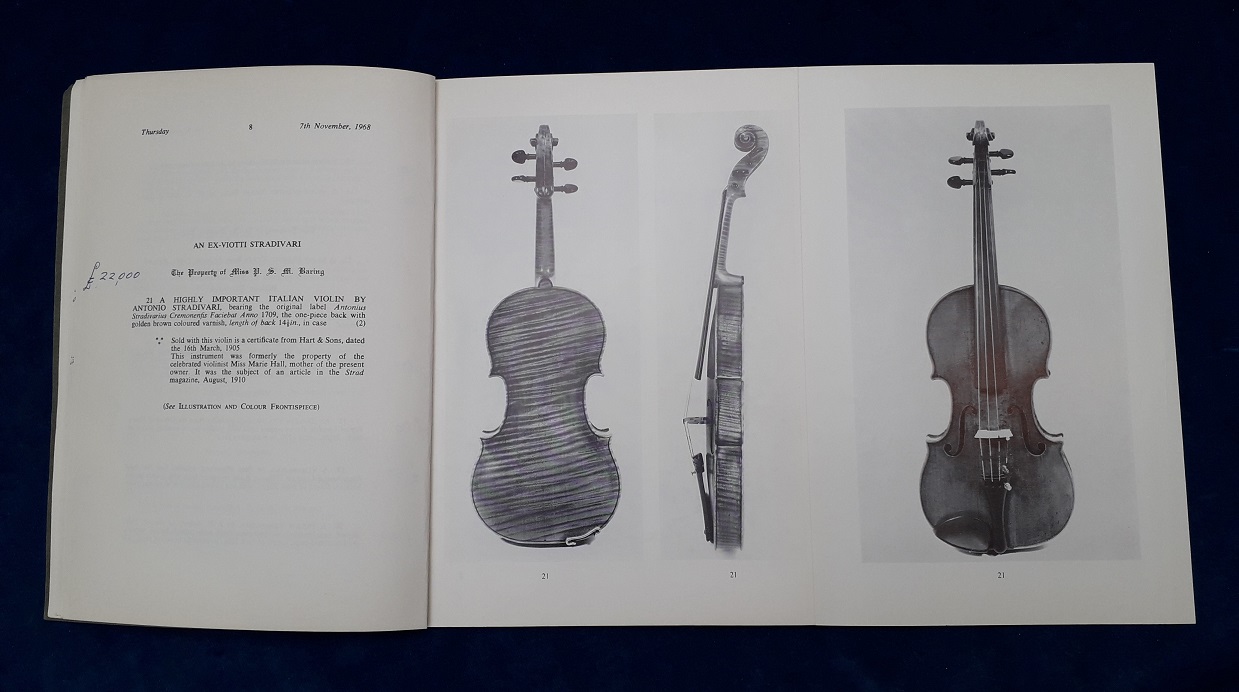 The Sotheby's catalogue entry from 1968 when the violin was first offered for sale at auction. It fetched £22,000, a world record price at the time for a musical instrument. 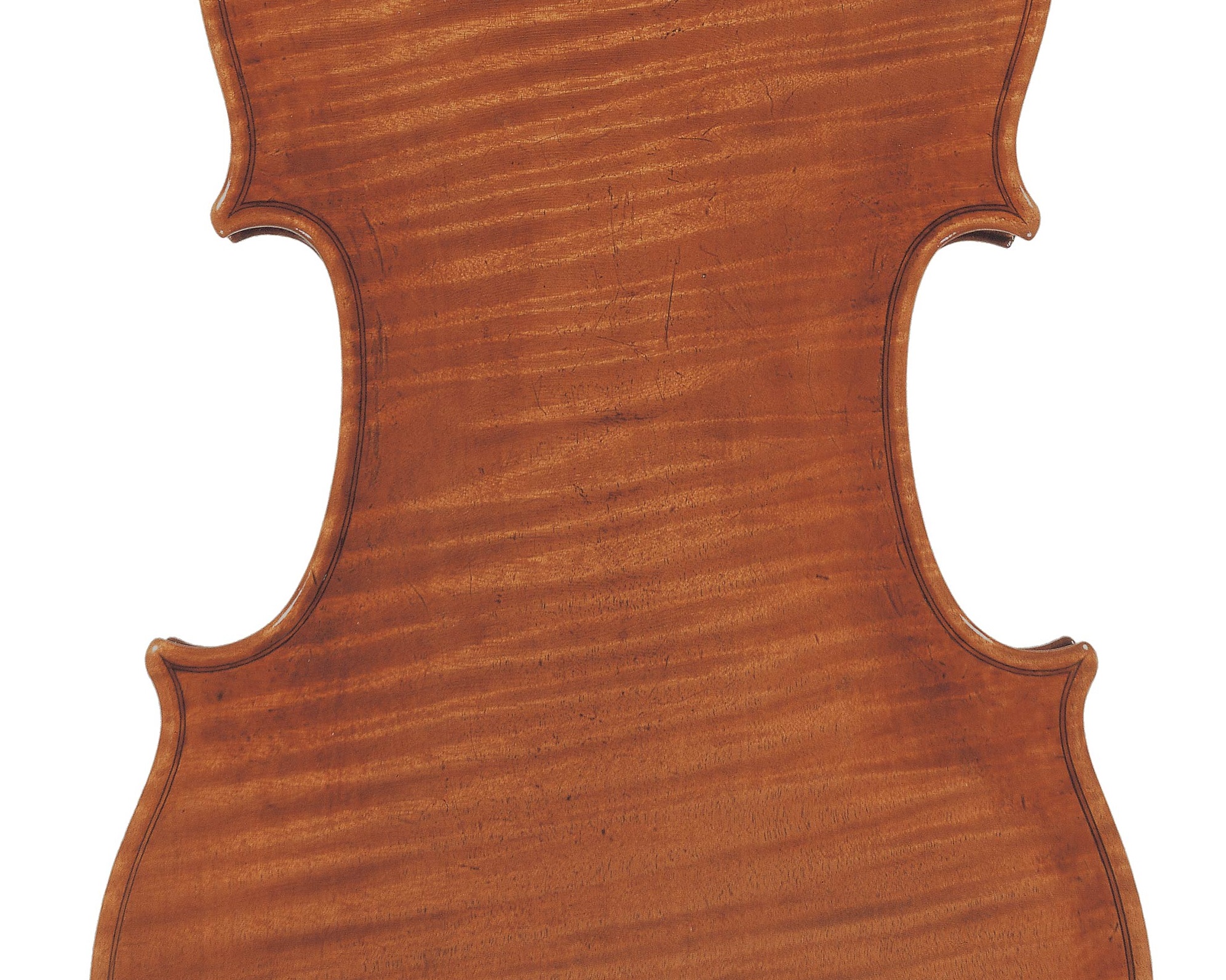 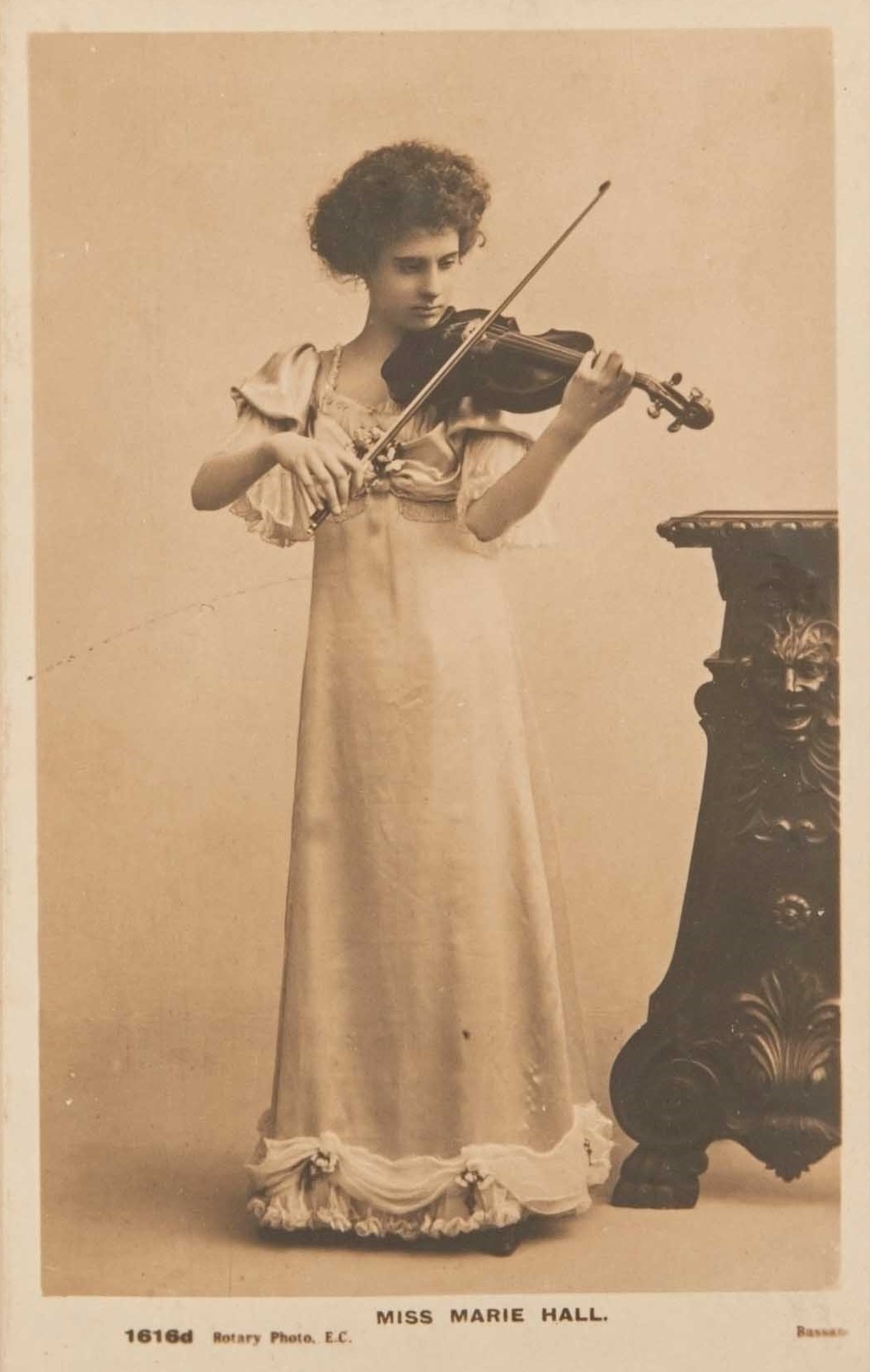 Marie Hall, who owned the violin from 1905