A rare violin known as the Ex-Croall; McEwen made by Antonio Stradivari in 1684

Considered by leading authority W.E. Hill & Sons as a fine example of Antonio Stradivari’s violins from the 1680s, the instrument represents a pivotal stage in the development of the luthier’s distinctive style. His experiments in construction and sound production during this time would go on to influence the rest of his working life as he restlessly searched for perfection in his instruments. In the book Antonio Stradivari (published by Jost Thöne and Jan Röhrmann) Alessandra Barabaschi writes: ‘The Croall belongs to [a] period [in which] Stradivari experts have recognized changes in the luthier’s style that took place between the years 1680 and 1690 […] as we know from its original label, which reads Antonius Stradiuarius Cremonensis Faciebat Anno 1684 AS.’

The violin, which is in fine condition, has a back crafted from a single piece of maple with irregular flame and Stradivari’s trademark golden varnish. 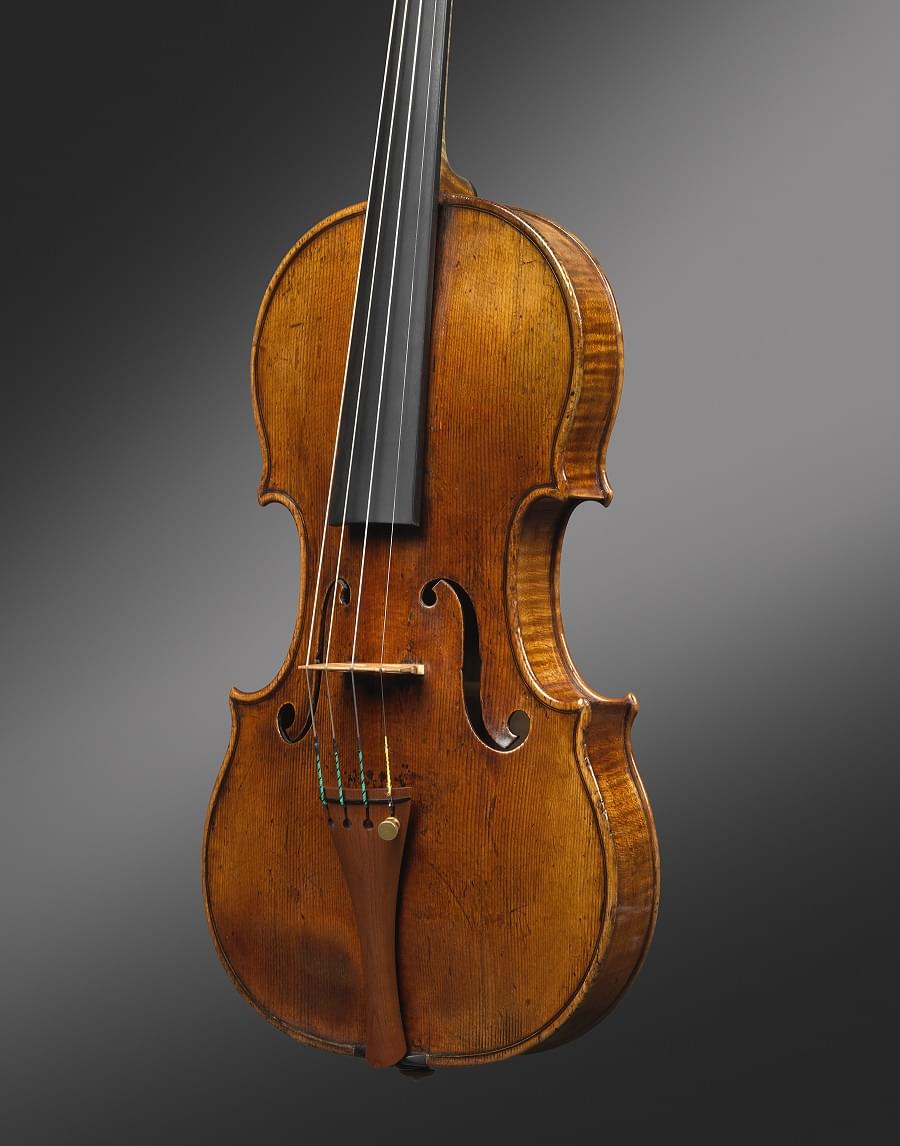 Provenance – from Cremona to Edinburgh

The violin’s Scottish connections date from a time of great revival in classical music-making in Edinburgh and Glasgow. Chopin and Mendelssohn both visited Scotland in the 1840s, and many music lovers built up significant collections of fine stringed instruments throughout the 19th century. The first traceable owner of the violin was Mary Elizabeth Nina Townsend, or Countess Seafield, wife of Scottish nobleman James Ogilvie-Grant, 11th Earl of Seafield. With the assistance of Sir William Fraser, the violin was sold by her in 1885 or 1886 to a Mr William Croall.

Born in Stirling in 1822, Croall was the son of a wealthy family of carriage makers. He started learning the violin relatively late, at the age of 23, but progressed quickly, and after moving to Edinburgh to join the ranks of the city’s prosperous heirs of the Industrial Revolution, quickly established himself at the heart of the city’s musical society. He was leader of the St. Cecilia Amateur Orchestral Society for about seven years and, after that, of the Edinburgh Amateur Orchestral Society. Croall also formed an acclaimed string quartet which rehearsed regularly at his Edinburgh home. He remained, throughout his life, an active and energetic participant in the Scottish capital’s musical life.

William Croall was also known for his collection of fine stringed instruments.  These included several Stradivaris: the Lord Newlands of 1702, the Cessole of 1716, the Parke of 1711 and a fourth known at that time as ‘The Countess’ which we now know as the Ex-Croall; McEwen. He also owned a Stradivari viola and an Amati cello.  An entry on William Croall in Musical Scotland [ed. David Baptie] cites: ‘Mr. Croall is very happy with his treasures, and many connoisseurs, violin-makers and friends are deeply indebted to him for being allowed a close and repeated inspection, others for the great pleasure and privilege of playing upon these truly delightful instruments.’

A charming manuscript by James Scott Skinner, titled Les Trois Grands Luthiers, exists in the University of Aberdeen collection and the dedication reads ‘To the immortal memory of Amati, Stradivarius and Guarnerius.  This melody is dedicated to Croall’s famous [String] Quartet [at] 16 Abercromby Place, Edinburgh.’ 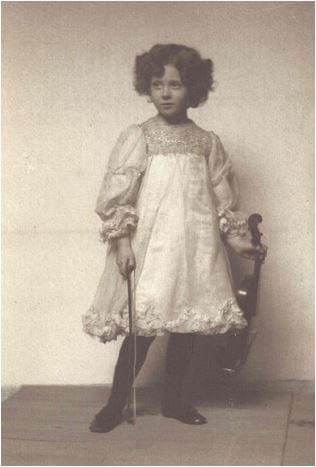 The Ex-Croall; McEwen in the 20th century

On William Croall’s death in 1906, the violin was sold to his friend Frederick Smith, another collector of great violins.  It was subsequently sold to the distinguished violin dealers W.E. Hill & Sons.  They soon found a buyer in another Scotsman, one Mr. Robert Finney McEwen, who bought it for his daughter, Katherine, when she was just eight years old. There exist a number of fascinating papers from W.E. Hill & Sons, dated 1908, which document the sale of the instrument to Mr. McEwen for the sum of £553. In the first letter, dated 28th April, the Hills state ‘It would be interesting in view of its past Scottish history if [the violin] should go back to Scotland.’ It is primarily from these Hills papers that we know about the early provenance of the instrument.

Mr McEwen, was a prominent Edinburgh lawyer but an inheritance enabled him to give up the law and pursue his first passion, music. His daughter’s early promise on the violin was surely what prompted McEwen to buy such a fine instrument for her from W.E. Hill & Sons.

A prominent figure on the Edinburgh arts scene, ‘R.F.’ McEwen organised a series of free public concerts at the Nelson Halls, and Katherine appeared in two of these in 1912. It’s likely she would have made her debut performing in a duet with her father.

The Nelson Hall concerts ended due to the war and Katherine married in 1922, supporting her husband in his demanding duties as the Governor of Bombay and Lord Chamberlain. He later became Earl of Scarbrough. Lady Katherine did not play in public again.

The Countess of Scarborough put the violin up for auction at Sotheby’s on the 19th December 1968.  The winning bidder was one Mr F. Mitchell who purchased the violin for the sum of £9,500, and he later sold it to the Swiss luthier, Henry Werro of Bern. It was subsequently sold again in 1985, and in 1995 it was acquired by the Westdeutsche Landesbank Girozentrale of Düsseldorf as part of their collection.

The Ex Croall; McEwen has been played by some of the world’s leading musicians. Most notably, by acclaimed German violinist Frank Peter Zimmermann whose principal instrument it was between 1985 and 1990; indeed, all of Zimmermann’s recordings on the EMI Classics label during this period were performed on the violin. (Later, Zimmermann would also play on the Lady Inchiquin Stradivari of 1711.)

Born in Duisburg, Germany, in 1965, Frank Peter Zimmermann started playing the violin at five years old. A distinguished musical career has seen him perform with all the major orchestras of the world, collaborate with many renowned conductors and, along the way, garner countless awards and prizes. A list of some recordings featuring Frank Peter Zimmermann playing the Ex-Croall; McEwen Stradivari is given below.

Other distinguished musicians who have played the instrument include the young German talents Alexander Gilman (from 2006-2008) and Suyoen Kim (from 2011-2015). 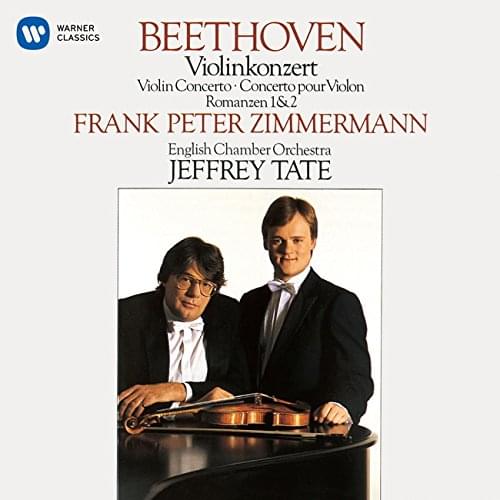