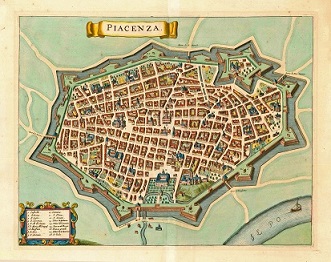 Looking at a violin by Guadagnini is always a fascinating and rewarding experience, not only because he was clearly the greatest maker of the post-Stradivarian age, but because his workmanship is so personal and idiosyncratic. At every point of the design, construction and finish are points of technique and conception which make it obvious that he was a gifted and intelligent craftsman who found his own methods in making instruments with his own artistic concept. He was clearly not handed down a list of instructions from any master that can be identified today.

Guadagnini was born in the village of Bilegno, Val Tidone, in 1711, and arrived in Piacenza in 1738. Instruments attributed to him are dated no earlier than 1741. Probably the strongest influence on his work were the Ferrari family of musicians in Piacenza, so his ideas and designs were probably driven more by the needs and responses of his clients, rather than those of other makers.

'The modelling of the corners in this 1747 violin is entirely his own, and is one of the many unique and enduring features of his work.'

This example of 1747 is superbly preserved and is a beautiful example of his early work, which is already definitive in style, and shows the clear vision which was sustained and developed through many changes of circumstance and experience throughout his career.

There are however two major borrowings. The outline is very closely derived from the ‘Grand Amati’ model, an obvious starting point, but significant in drawing on Amati rather than Stradivari. This form remained a constant feature throughout his work in Piacenza and Milan, although the modelling of the corners is entirely his own, and is one of the many unique and enduring features of his work.

The arching also indicates an awareness of other makers, and seems changed from earlier examples in which it can appear comparatively pinched or weak. But when Guadagnini does borrow ideas, he borrows only from the best. Here, the reference point does seem to be Stradivari, and particularly his last works of the 1730s, with a full, strong curve from edge to edge. This fullness shows particularly in the ‘C’ bout edge of this violin, which bears the marks of the closing clamps on the sharp rise from the purfling. 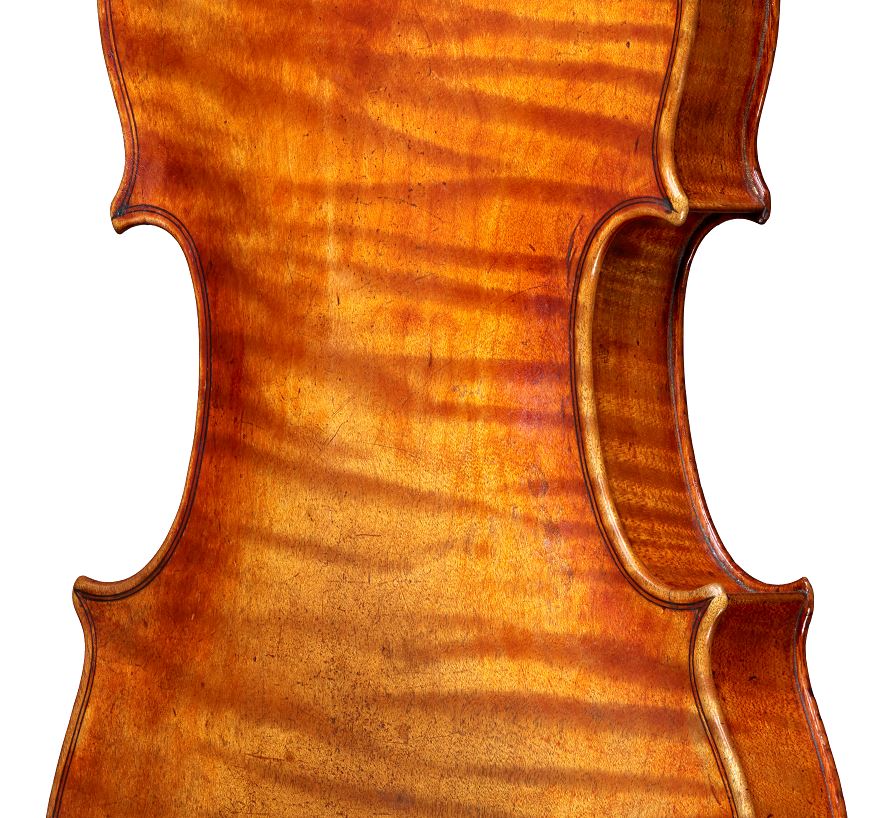 Back of the 1747 violin by G.B. Guadagnini, Lot 16 in November auction 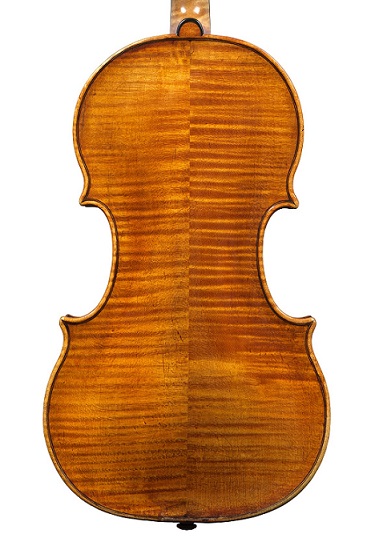 A ‘Grand Pattern’ violin by Nicolo Amati, the model which Guadagnini used for his 1747 violin 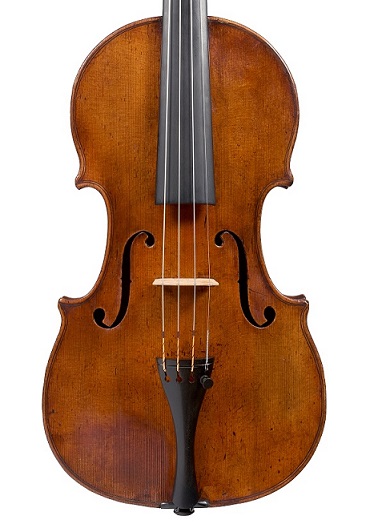 The soundholes of the Guadagnini, with the upper half bending dramatically towards the centre

'The most striking aspect of the instrument is the bold and original design of the soundholes. '

The most striking aspect of the instrument is the bold and original design of the soundholes. Although widely spaced at the lower end, the upper halves bend dramatically towards the centre almost forming a gothic arch above the bridge. Guadagnini rarely fluted the lower wings, and never in the early periods. Observers are used to the distinctive and unique oval form of the lower holes, but here the ovality is not fully developed, yet is certainly there, and shows how it is derived from the circular hole which would have been made initially.

The scroll harbours more of the Guadagnini touches which reveal his own unique technique. It does not seem to be traced or developed from other makers’ work. The long pegbox and deep throat, with the head slightly ‘uncurled’ and thrown back is markedly different to the Cremonese design. The chamfers are not as heavy as they later become in Guadagnini’s work, and nor is there any obvious sign of the punch marks that generally trace the curls of the volute.

The chamfers are not blackened, and were laid on at the very last part of the carving, which leaves the central ridge raised all around the profile of the head.

'The scroll harbours more of the Guadagnini touches which reveal his own unique technique.'

The varnish, in its largely pure and unaltered natural finish, is the crowning glory of the violin, with a limpid red-gold lustre laid over a very dark ground. It raises the question of how Guadagnini formulated this beautiful recipe without instruction from Stradivari or any other great makers of the Cremonese tradition, if that is indeed the case. The answer would seem to be that oil varnish like this, and the process of applying it to wood, was a fairly common and quite widely available resource for seventeenth century craftsmen in Italy. The skill comes in the colour mixing and application, of course. ‘Secrets’ are a distraction from practicalities.