Early in 2019 my son Freddie, a keen young singer, decided to perform a recital as preparation for his singing diploma, and we discussed the idea of making it a charitable event. We had already planned a summer holiday to Nairobi, where my sister-in-law works for the UN, and we looked for a charity there which could benefit from our support. A family friend recommended AMREF, a charity running various health projects in Africa. We were looking for something specifically involving children and music, so on taking a closer look at AMREF, we were delighted to find a musical project which they run at their Child Protection Centre in Dagoretti, a deprived area in the western suburbs of Nairobi.

The Dagoretti Child Protection Centre provides a safe environment for children living on the streets and uses a broad cultural programme to rehabilitate and reintegrate damaged children, including a film school and music programmes.  One of their flagship projects of the last few years has been the formation of a percussion group who use recycled bins, oil drums, car parts, drain pipes and table tennis bats and are known as the Jua Kali Drummers. The children experience the exhilaration of making music together, they learn teamwork and social skills at the same time and the experience boosts their confidence and self-belief. 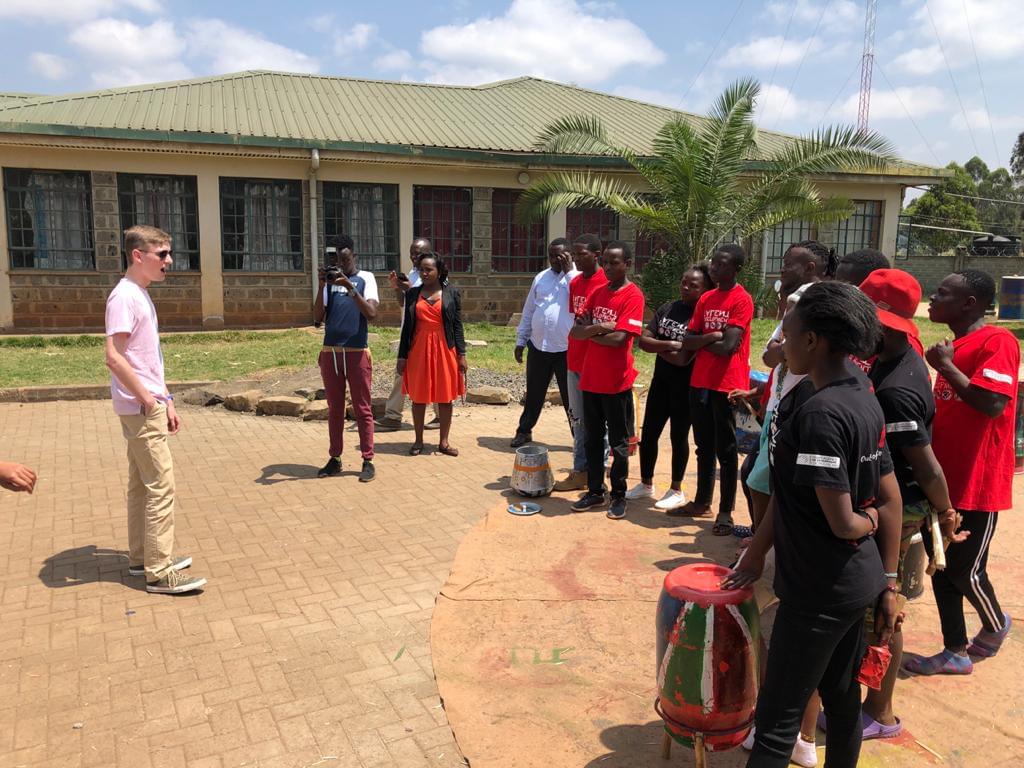 The Jua Kali Drummers had found a life of its own beyond the Dagoretti Centre, and had recently made it to the semi-finals of East Africa’s Got Talent!

Freddie started his fundraising a couple of months before his recital in June, and we were overwhelmed by the generosity of our friends and the audience on the night, raising a total of over £5,000. We sent the money to AMREF and arranged to visit the Dagoretti Centre in August. There we found two astonishingly different groups of children. Around 15 new arrivals were huddled together, watching us nervously as we were shown around, too timid to even say hello. But in one of the classrooms we met the Jua Kali Drummers, about a dozen children aged 12 to 20, all of whom had benefited from the music programme. They were smiling, chatty and confident, keen to tell us about their experience with the group. It transpired that the Jua Kali Drummers had found a life of its own beyond the Dagoretti Centre, and had recently made it to the semi-finals of East Africa’s Got Talent! Some of the key members now came back to the centre to teach the younger children and to pass on their knowledge and experience.

We spent an amazing morning at the centre, the drummers performed for us, Freddie performed for them, and they even let us join in – my instrument was a large plastic bag, the sort that sand is delivered in, which could be shaken as a kind of maraca. Their spirit and enthusiasm was infectious, and we all found ourselves dancing to the beat. We were all moved by the experience of that day.

I was hugely excited that two of my pet charitable projects might come together, so I discussed it with my business partner, Paul, and Ingles & Hayday made a donation to get the project off the ground.

Before we left the centre, I had a conversation with Patricia, our hostess, who said that she thought starting a choir at the centre would be a great thing to do, and as we drove home in our private minibus, staring out of the window, stunned by the sight of the children living in slums on the other side of the glass, a little light bulb went off in my head. For years my family has supported a charity in Warwickshire called Armonico Consort, which, alongside being an excellent semi-professional choir with acclaimed recordings to its name, runs an ambitious choir creation programme in schools around the UK, giving children with little or no music provision the chance to sing.

When I got home to the UK I bounced the idea off Christopher Monks, the astonishingly fearless and energetic brains behind Armonico Consort, and to my astonishment he said he would love to give it a try. He went away to think about it and came back with a ‘back of an envelope’ costing for an exploratory trip to Nairobi to see what was possible. I was hugely excited that two of my pet charitable projects might come together, so I discussed it with my business partner, Paul, and Ingles & Hayday made a donation to get the project off the ground. 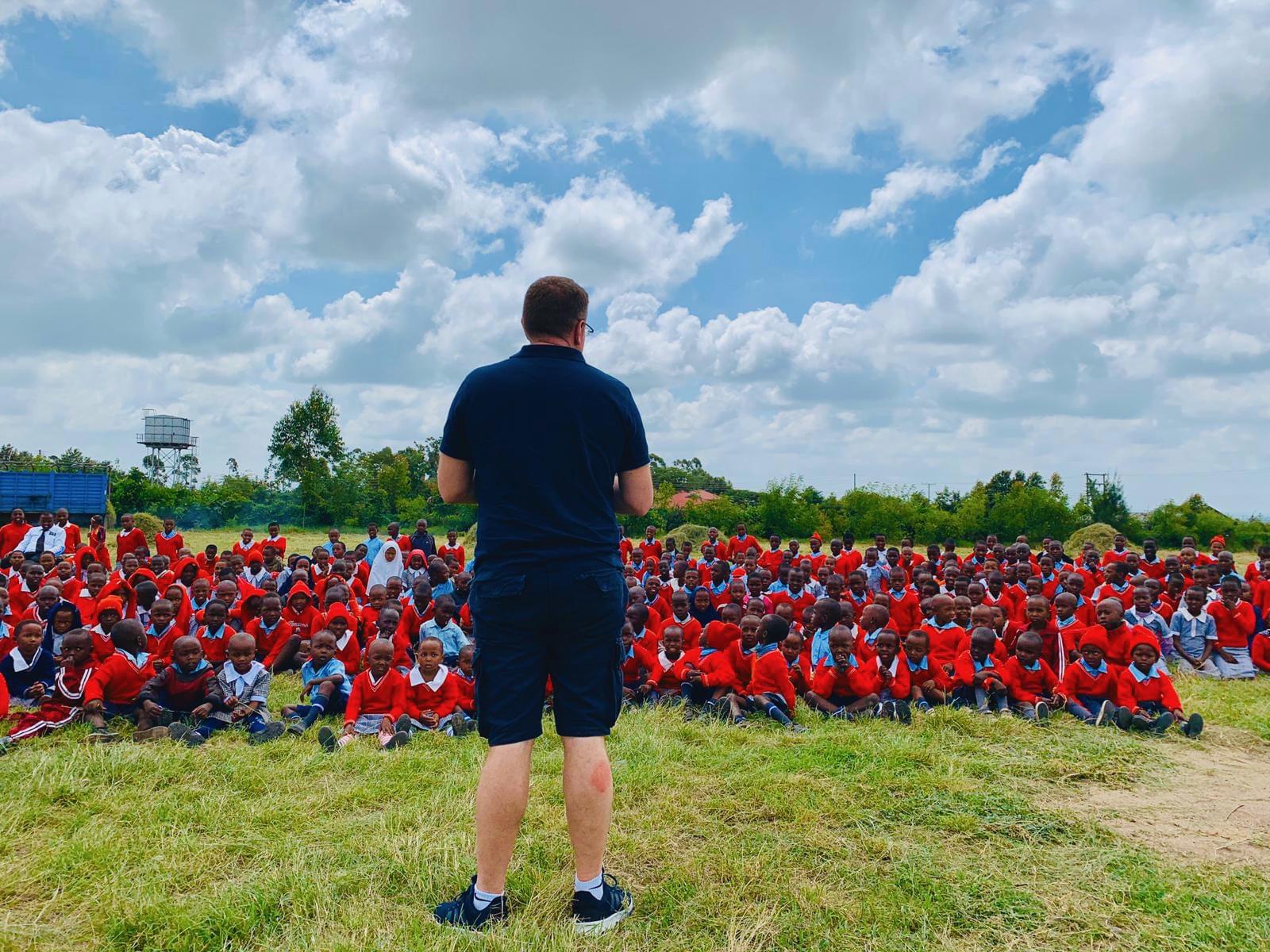 Christopher Monks leads a workshop at the Kenya Children’s Institute

In my experience dealing with charities, the ones which are a success are usually run by a truly extraordinary person of some kind, one with limitless ambition and energy. 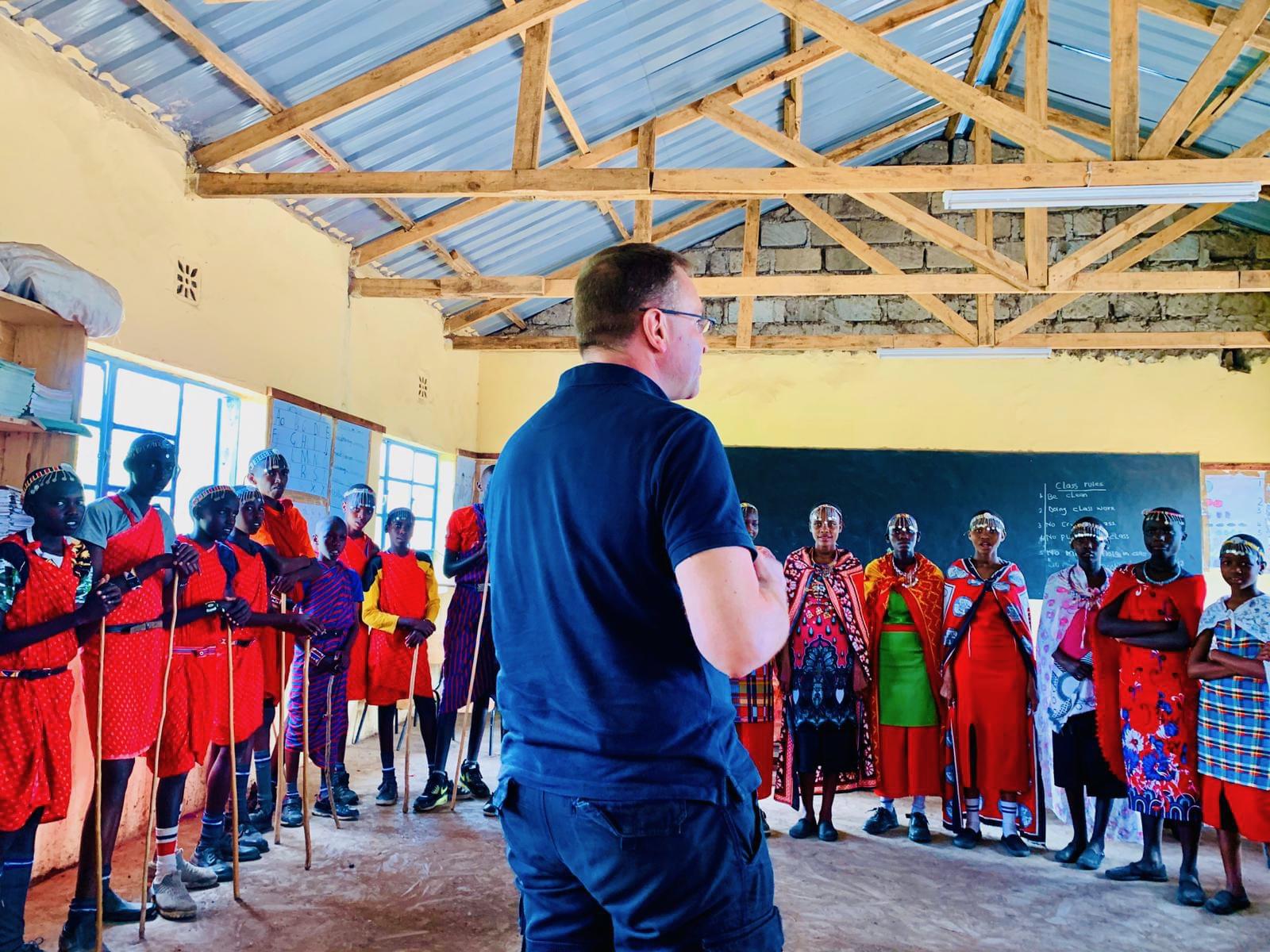 In my experience dealing with charities, the ones which are a success are usually run by a truly extraordinary person of some kind, one with limitless ambition and energy, and Christopher Monks is no exception to this rule.  A few weeks after I had put him in touch with Patricia at the Dagoretti Centre, I checked in with him to see how things were progressing, and he told me that he had secured funding from another charitable trust and the visit to Nairobi looked likely to happen in the spring of 2020.  Another few weeks passed, and Christopher announced that in addition to the planned choir creation project at the Dagoretti Centre, he and Patricia had identified six other locations in Nairobi which could benefit from his work, and he would be going out in March for a week to set up seven choirs!

So last month, Christopher and his colleague Toby Young, Armonico’s composer in residence, spent a week in Nairobi working with hundreds of children, introducing them to, or in many cases reminding them of, the joy of singing, creating choirs in their schools and youth centres, and training someone local to keep the choir running.  In addition they listened to the children’s songs with a view to incorporating them into a new piece of music to be used in their education projects in the UK.

And in a curious twist of fate, my son Freddie, whose love of singing was the spark which inspired this whole project, has joined Armonico Consort and sings with them regularly in Warwick, Malvern and London.