At first glance, this instrument bears a strong resemblance to the 1859 Stradivari copy in Notable sales. They are certainly made on the same model, with the same full arching and the treble f-hole set a little high in the Stradivarian style, and at a slightly steeper angle. But the detail reveals a difference in approach, particularly in the varnish.

It is rare to see a Vuillaume which has varnish of this soft, warm texture. It is translucent in a subtle way, as close to a Cremonese varnish as one sees outside Cremona, and the soft texture reduces the contrast between the varnish and the bare wood on the back, which can often be very stark in Vuillaume’s work. The fact that the violin has not been polished gives the varnish a dry look not unlike the Betts Stradivari, and the original patina is visible between the bridge and tailpiece, and in various places on the back. The magnificent 1870 Cannon copy in Notable Sales shares this varnish, although it is a little more polished.

This violin is labelled Jean Baptiste Vuillaume à Paris, 3, rue Demours-Ternes, JBV, and bears Vuillaume’s serial number 2591. It was acquired by C.M. Sin in 2001 and was sold to Hilary Hahn in 2013. 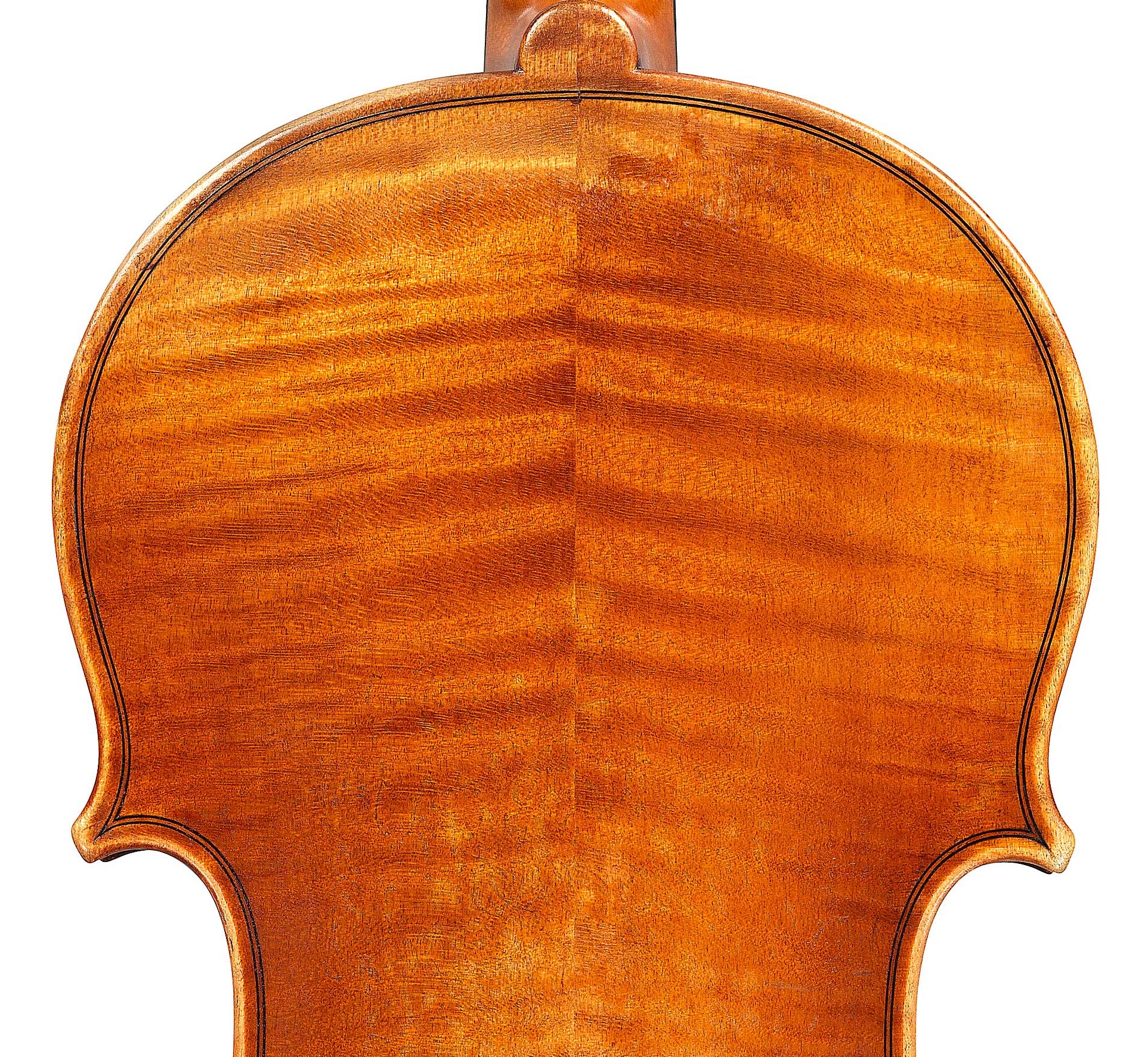