In 1836 Paganini brought his Guarneri violin to Vuillaume in Paris for repair, and Vuillaume is said to have been captivated by it. Until that time Vuillaume’s work was based on various different models, with Amati and Maggini featuring heavily, but from 1840 his work is dominated by Stradivari and Guarneri copies. Almost all of his Guarneri model violins are copies of, or interpretations of, the Cannon.

The blackening of the front of this violin, and its wild, open scroll both mimic Paganini’s violin. Yet Vuillaume chose a strikingly flamed single piece of maple, often seen in his Guarneri copies of this period, and quite unlike the rather understated two-piece back of the original.

In 1987 this violin was sold to Hu Kun, widely celebrated as the first mainland Chinese violinist to establish a solo career on the international platform. He was a protégé of Lord Menuhin, who advised him to acquire this instrument with the proceeds of his competition successes. It has been his concert violin since that time. In 1997, Hu Kun gave the first performance of the Elgar Violin Concerto in China on this violin, with Menuhin conducting. 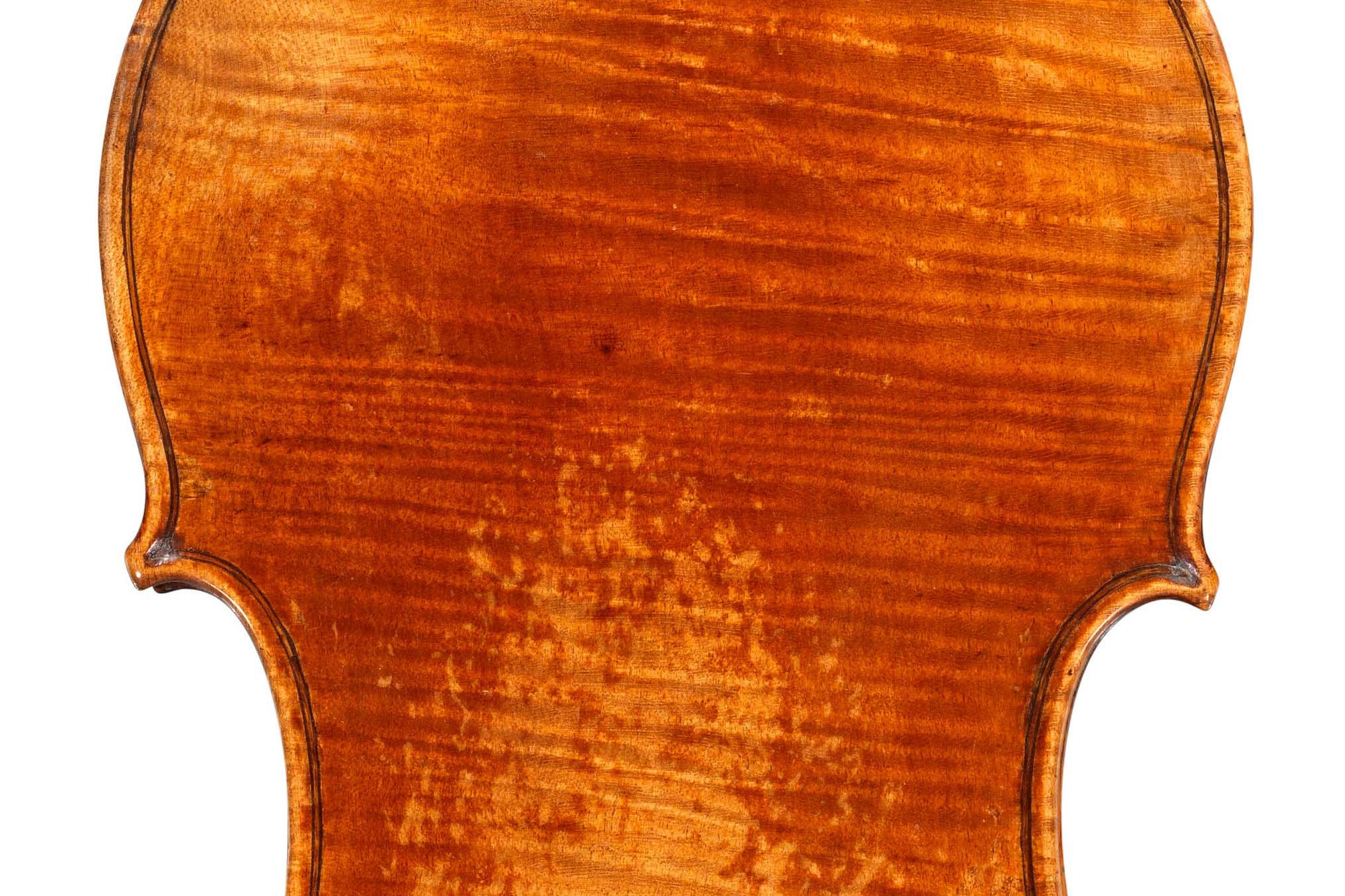