A viola by Jean-Baptiste Vuillaume

A 'self-rehairing' violin bow by Pierre Simon for J.B. Vuillaume

This violin offers a fascinating contrast to the other violin made in 1854 featured in Notable Sales. Both violins were inspired by the Cannon Guarneri, however, this later violin (44 later in Vuillaume’s numbering sequence) is so well preserved that we can devine the maker’s original intentions, undiluted by age or use.

The tell-tale darkening of the central area between the f-holes, and the particularly upright setting of the treble f, mark the violin out as a copy of the Cannon. The wood of the back displays Vuillaume’s tendency to place the figure horizontally or slightly ascending from the joint on his Guarneri models, as is the case with the Cannon itself. The purfling is deliberately inlaid innacurately, but interestingly the scroll conforms to the generic ‘del Gesù’ pattern which Vuillaume used, based on del Gesù’s work circa 1741-2, rather than the wilder scroll seen on the other 1854 Cannon copy. 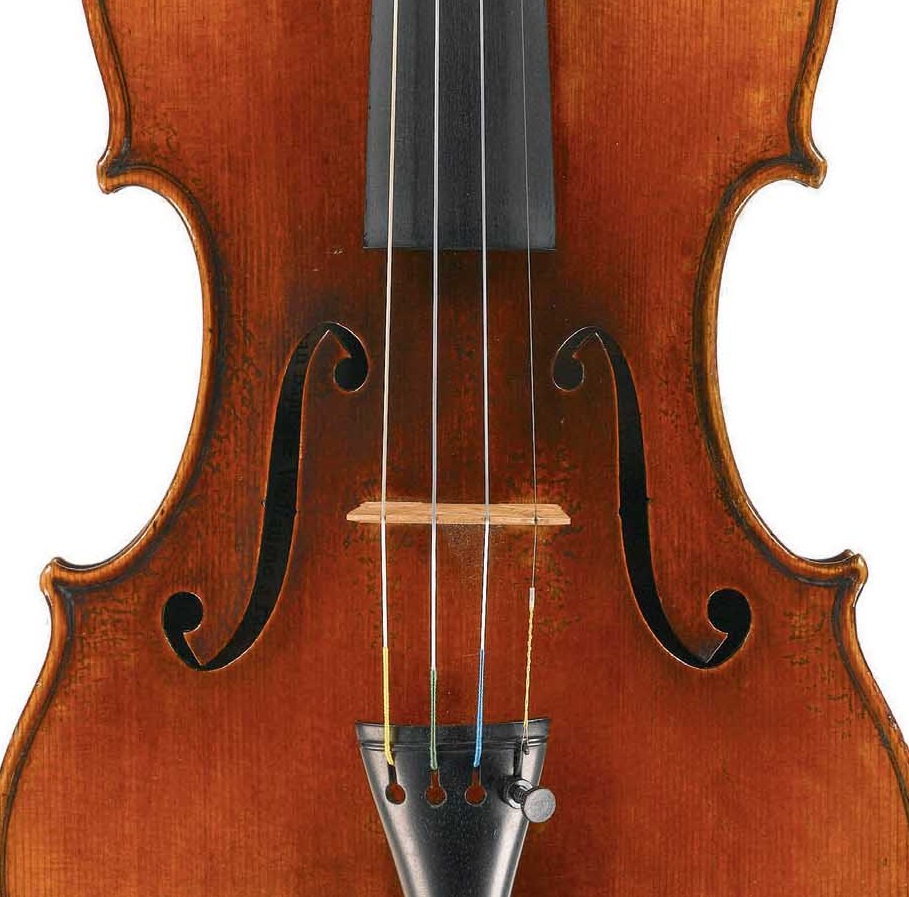 Detail of the front