A viola after Stradivari by Jean-Baptiste Vuillaume

This viola was featured in the September-October 1960 issue of Violins and Violinists, which states that on 27th July 1859 J.B. Vuillaume issued a receipt for two violins and a viola to his friend Dr. William Karrman of Cincinnati. Given the extraordinary state of preservation of all three instruments, it is hard to believe the following sentence: ‘the instruments were used by Dr. Karrman during his lifetime and were, on occasion, lent to professional violinists for concerts in Cincinnati.’

Both the magazine and the subsequent Lewis certificate describe the viola as a handsome example, one of the finest known to them, and the instrument certainly lives up to its reputation. It is, like the other two violas in the exhibition, unusual in that it is one of only a few which Vuillaume made on a larger model, with a back length of about 414mm (16¼ inches), in contrast to his usual 395mm (15½ inches). The model is clearly inspired by Stradivari, and the bold red of the varnish is reminiscent of the height of Stradivari’s career. Unlike the 1863 viola which can be found in Notable Sales, this instrument seems to be an interpretation of Stradivari, rather than a copy of a particular viola.

After Karrman’s death in the late 1950s, the trio was acquired by William Lewis and Son, and the viola was sold to a Mr. Gene Adams of Illinois in 1962. It was purchased by C.M. Sin in 2010. 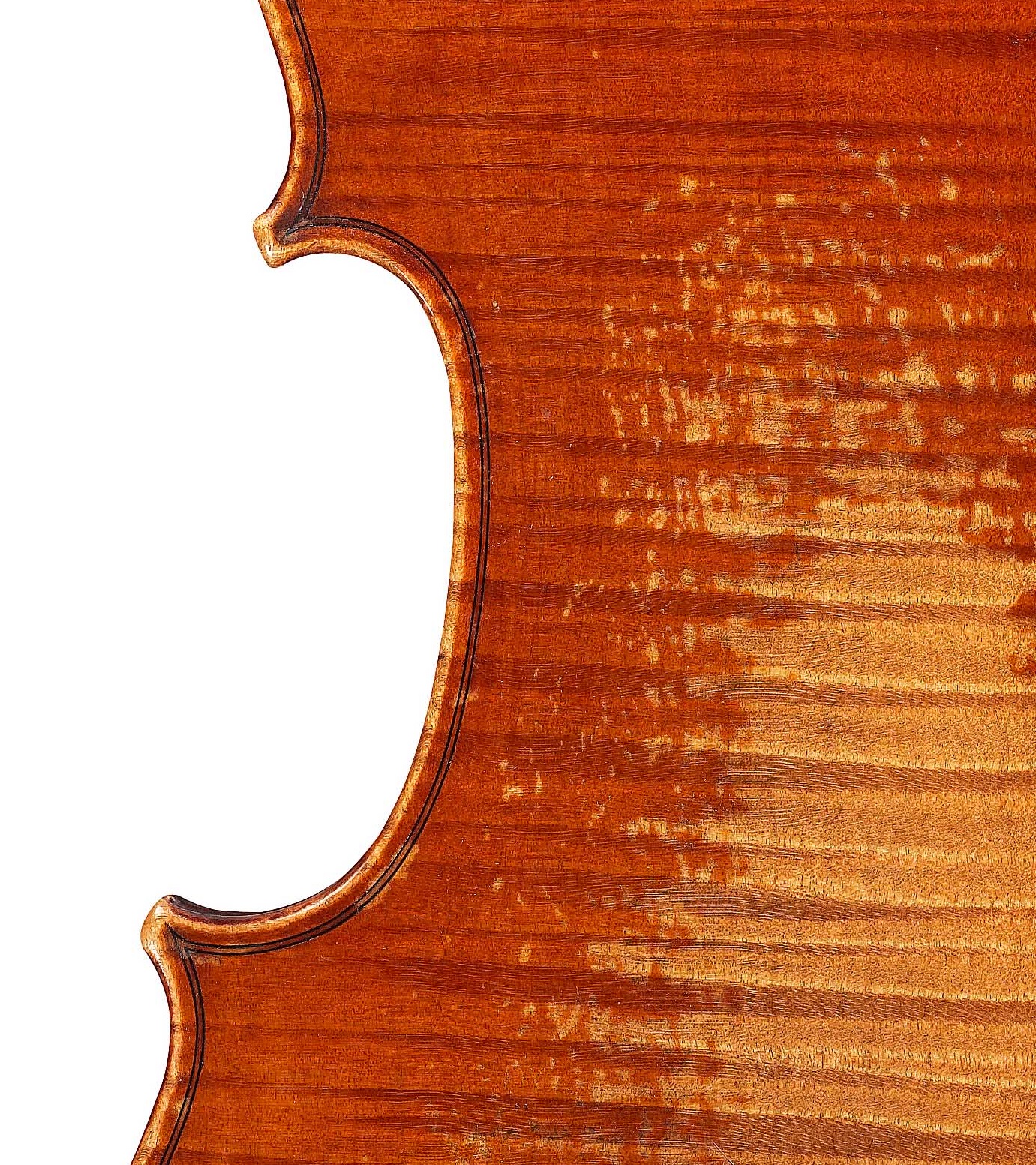