The history of Vuillaume’s series of instruments known as The Apostles is explored fully in our feature about Jean-Baptiste Vuillaume. This violin was undoubtedly a specific commission from a Monsieur A. Goguel, to whom Vuillaume made out the original receipt on 10th July 1870.

Vuillaume states that he has given the violin the name Saint Paul because it is an exact reproduction ‘in visu et audito’ (in sight and sound) of the Messie Stradivari. Again we encounter Vuillaume’s rather loose interpretation of the phrase ‘exact reproduction’, as he chose a single piece of broadly flamed maple for the back, but the prominent grain of the front and the delicately carved tailpiece and pegs add to the feeling of authenticity.

This violin has attracted superlatives ever since it was made. In 1949 it was in the possession of Edgardo Acosta of Paris, at which time it was described by Silvestre & Maucotel as ‘d’une conservation parfaite’ and ‘un des plus beaux spécimens que nous ayons connu’. In the same year H. & C. Tournier added their own comments: ‘exemplaire rare, de toute beauté, et absolument intact’. It was subsequently owned by W. Dean Lucien of Sherman Oaks, California, and in 1961 it belonged to John Malchan of Montclair, California. On 23rd November 1988, the same day that the first violin from the Caraman de Chimay quartet was sold at Sotheby’s, the St. Paul was auctioned at Christies for £41,800. The buyer was C.M. Sin. 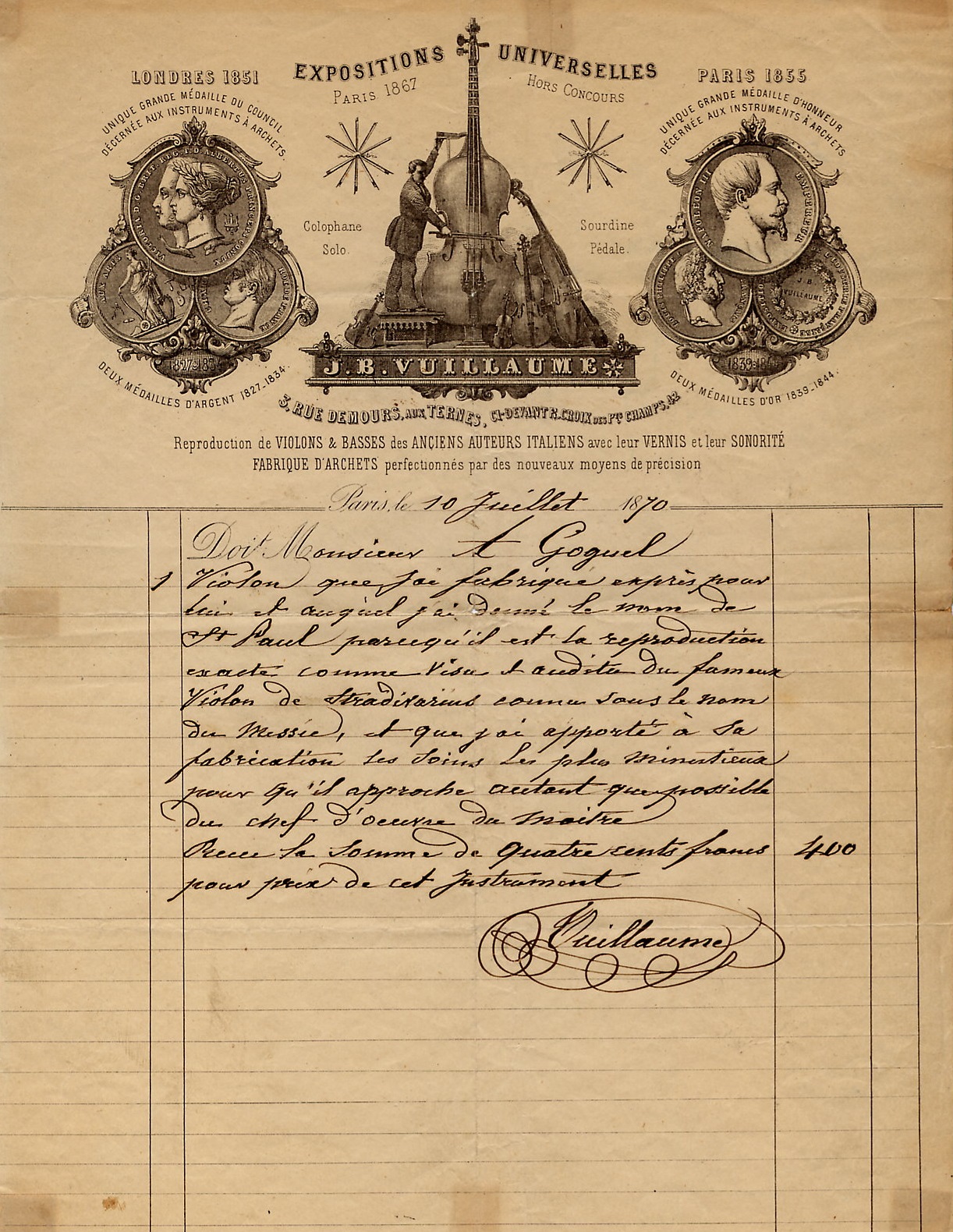