It is difficult to imagine a more magnificent Stradivari copy than this. Its broad edges, unusually wide purfling and full arching speak of the middle of Stradivari’s Golden Period. The setting of the f-holes and the wear pattern of the varnish on the back suggest that the Alard of 1715, which was probably in Vuillaume’s possession at the time, may have been the inspiration for this instrument. With just a little deliberate ageing below the feet of the bridge and in the four corners of the front, it gives us an idea of what most Strads must have looked like in Vuillaume’s day. The deliberate wear on the upper back edge of the pegbox, which, unusually for Vuillaume, is rather crudely executed, enhances the impression that Vuillaume was copying a specific instrument.

This violin was acquired by Wiliam Lewis & Son from Dr. William Karrman. Lewis split up the trio, selling this instrument to a Mr. Rudolph Onofreyo of Montreal. In 2004 it was in the possession of Mr. John Hughes of Washington, D.C., and shortly afterwards became part of the collection of C.M. Sin. 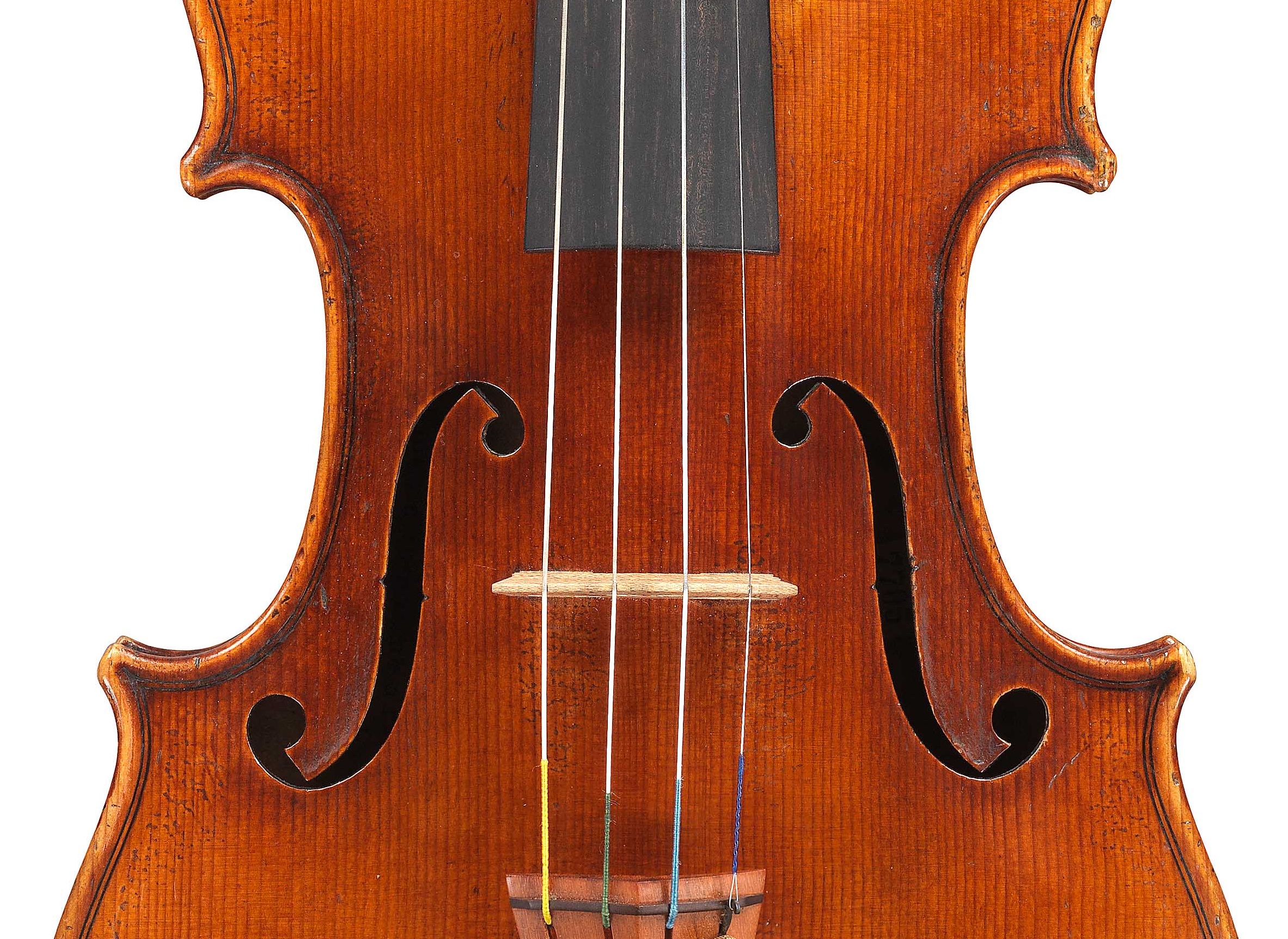 Detail of the violin