A decorated cello after Stradivari by Jean-Baptiste Vuillaume

The only cello in the exhibiton at Sotheby’s in 2012 was made on an unusually large pattern, apparently inspired by Stradivari’s pre-1707 model. The body is 30 1/16 inches in length, and the lower bouts almost 18 inches wide (45.6cm.). This magnificent sounding cello is truly a solo instrument. It is very well preserved, although the wear on the treble shoulder of the back indicates that it has had regular use over the last 150 years.

The cello is part of a quartet bought from Vuillaume by Count Dmitry Nikolaevich Sheremetev, who was a composer, conductor and patron of the Capella Sheremetev. The Sheremetev Palace in St. Petersburg, which is now a museum, still bears the family’s coat of arms, which was emblazoned on the back of all four instruments.

The cello has been in the US for almost 100 years. In 1929, Wurlitzers sold it to Francis C. Dale, and in the early 1960s the whole quartet was in the possession of Alfred Wallenstein. The quartet was acquired from Wallenstein’s widow by Nash Mondragon, who broke it up, and it appears that the first violin and the cello were both sold to Norman and Madeleine Goss. Norman Goss retained possession until 1971, when he sold the cello to the family of the current owner for $10,000. 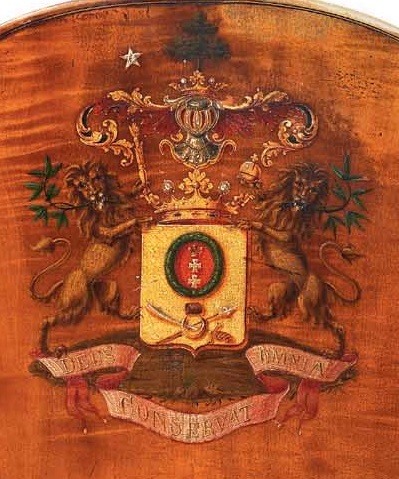 Details of the back