This is a magnificent violin in every way, and fully deserves the secondary label which Vuillaume inserted in a select few instruments, describing it as Imitation exacte du “Joseph Guarnerius” de “Paganini”. As is the norm with Vuillaume, he did not restrict himself to slavishly copying the Cannon, but successfully captured the overall impression of breadth and power and the visual impact which the original conveys.

Interestingly, despite its claim to be an exact imitation, there is no attempt to inlay the purfling in an untidy manner, as with all four previous Guarneri model violins. In fact this violin has slightly longer corners than usual, and the purfling sweeps elegantly into the corners with tiny bee-stings, giving it a slightly more finessed appearance. This is matched by a rich golden-orange varnish of breathtaking quality. The customary deliberate antiquing is also in evidence, using subtle brush strokes on the front, and even on the back of the pegbox. The final masterstroke is a piece of spruce for the front which has a line of darker close-grained wood running through the treble f-hole, a feature often seen in del Gesù’s work.

This instrument, labelled Jean Baptiste Vuillaume à Paris, 3, rue Demours-Ternes, JBV, bears the inscription on the label exprès pour Mr. James Robertson and is numbered 2821. It was sold by Wurlitzers to Mr. Nicholas Pisani of North Hollywood in 1943, and acquired by C.M. Sin in 2005. 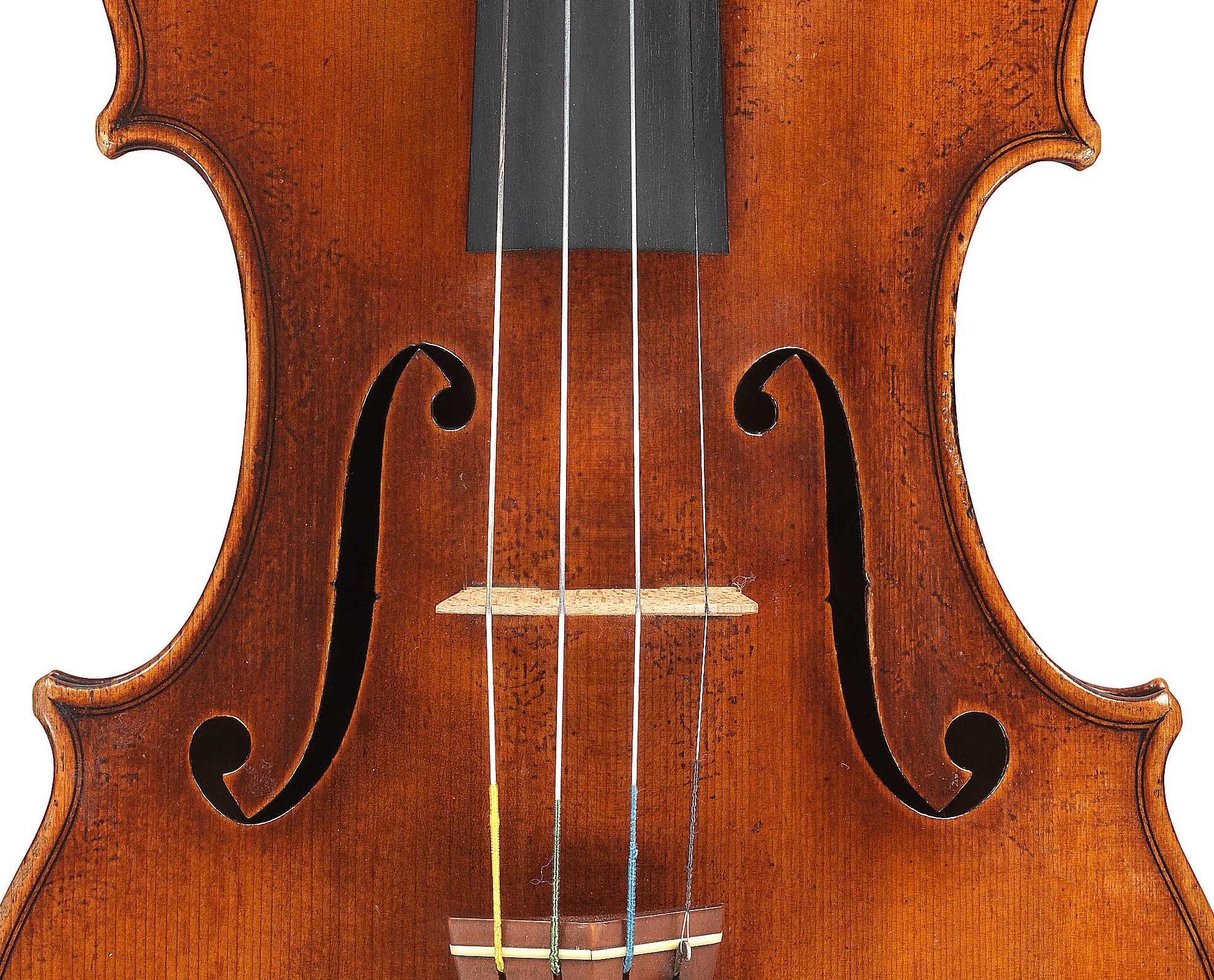 Detail of the front of the violin