By the early 1860s Vuillaume had been copying the Cannon for 25 years, and gradually his preference for copying Le Messie became apparent. The Guarneri copies become rarer as we move through the 1860s, and this is the penultimate Guarneri model instrument in the exhibition.

C.M. Sin purchased this violin in 1975, at which time Charles Beare wrote to him saying ‘this is one of the great ones and I am glad you have it.’ The striking flame of the back, ribs and scroll, and the contrast between the deep red-orange of the varnish and the golden ground of the antiqued central area of the back certainly make this a visually arresting instrument. C.M. Sin owned the violin for 33 years and finally parted with it in 2008, to Danny Spycher, a Swiss violinist and collector. Spycher was a pupil of Nathan Milstein and grew up in a musical family where Clara Haskil and Artur Grumiaux would visit to play chamber music. 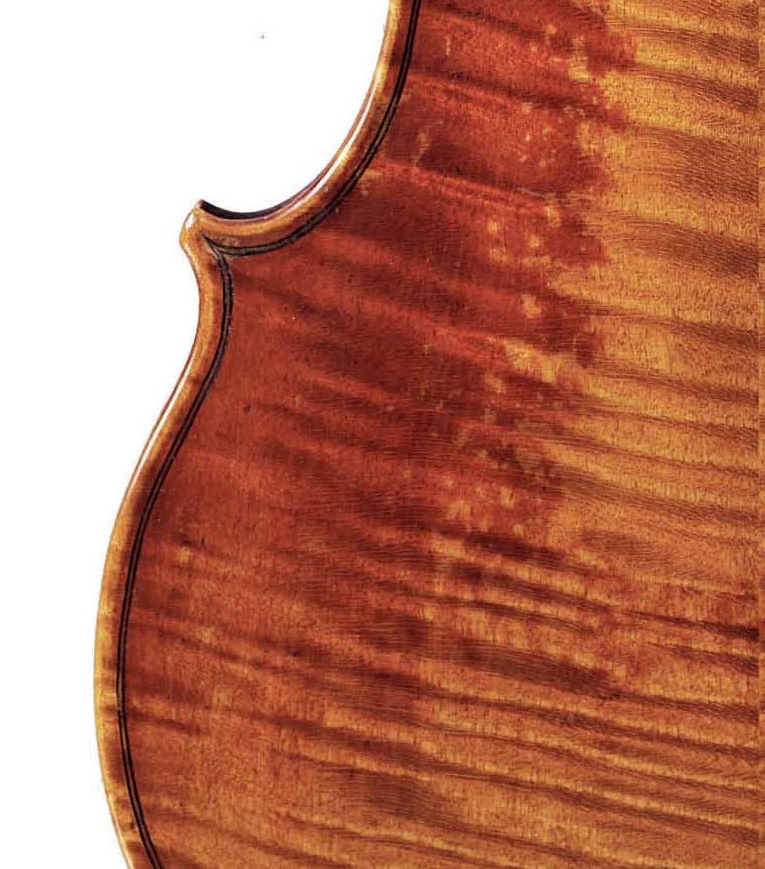